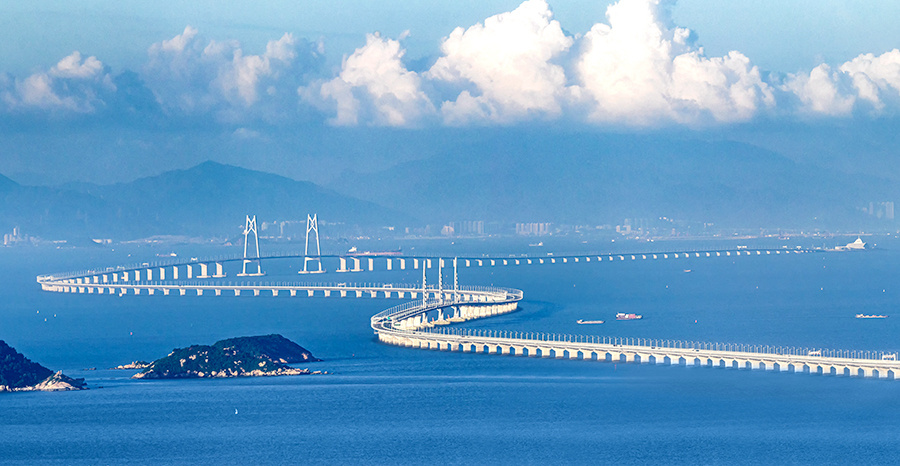 Development of the Guangdong-Hong Kong-Macao Greater Bay Area has been a major focus among the three regions' legislators and political advisers who have witnessed and proactively participated in the area's integration and prosperity in the past year.

Covering a land area of 56,000 square kilometers with a population of over 70 million, the Bay Area is one of the most dynamic economic regions in the country. Its GDP amounted to more than 11 trillion yuan ($1.54 trillion) last year, growing at 6.7 percent year-on-year.

The central government officially launched a development plan outline for the Bay Area in February last year. The blueprint lays out the vision for coordinated development of the 11-city cluster, which covers nine cities in southern Guangdong province, and Hong Kong and Macao.

The grand national plan aims to build the region into a globally influential innovation and technology hub, and a world-class bay area that can rival its counterparts in San Francisco, New York and Tokyo.

During the two sessions in March last year, the number of proposals related to the topic increased significantly, covering a wide range of areas including the economy, technology, finance, culture, medical care and tourism.

Many proposals have since been accepted and the Central government is in the process of studying them or taking steps in accordance with the suggestions.

Si Ka-lon, a Macao deputy to the National People's Congress, said most of his proposals last year were about the Bay Area, notably measures facilitating cross-border living. He said he has received several replies from the central government. "Our suggestions are highly valued and scrupulously analyzed," he said.

In Hengqin, a free trade zone in Macao's neighboring city of Zhuhai, policies to bring in more companies, investment and talent from Macao were introduced last year. Tour guides, architects and physicians are some categories of professionals from Macao that are allowed to practice within the zone.

In addition, cross-border travel restrictions are expected to be further relaxed with the impending opening of a new checkpoint with joint customs examinations.

Though the level of integration of Zhuhai and Macao is high, quarantine measures for the coronavirus outbreak have blocked personal and business exchanges for now. Having witnessed the crisis, Si's suggestion for this year is to have Macao included in more aspects of the national public health emergency response system.

"We need to establish long-term, unified disease prevention and control strategies in the Greater Bay Area," he said.

Lam Lung-on, a Hong Kong deputy to the NPC, proposed last year to lower the threshold for overseas financial institutions to enter the mainland and expand their scope of operation in order to stimulate market vitality.

Lam, who is also the chairman of the Hong Kong Chinese Importers' & Exporters' Association, said the Bay Area is an ideal pilot area to explore these reforms first.

Addressing these issues, national regulators of the banking, insurance, securities and foreign exchange sectors jointly issued a series of new policies and pilot programs to promote financial opening-up and integration this month, following several attempts by local governments to address the issues throughout the year.

The guidelines support further opening up of the banking, security, insurance and venture capital investment sectors. For instance, foreign-owned security, fund management and futures firms are allowed to operate within the Bay Area, while pilot schemes will begin for cross-border operations for futures traders.