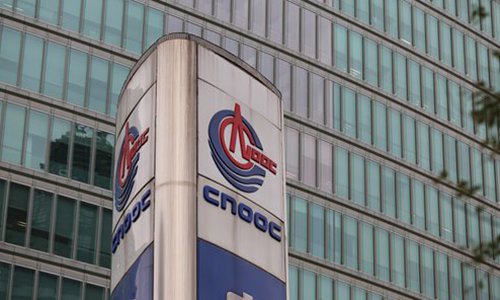 CNOOC's logo is displayed in front of the company's Beijing headquarters. (Photo: VCG)

The state-owned company said the oil reserve, discovered in its self-owned Kenli 6-1 oilfield, will boost China's energy security and the economy of regions around the sea.

It is another major discovery since the detection of 100 billion cubic meters of gas reserves in Bozhong 19-6 gas field in 2019 February, CNOOC said.

The discovery of Kenli 6-1 oilfield broke the situation that the north area of Laizhou Bay had not had commercial oil and gas discoveries for some 40 years, Xue Yongan, chief geologist of Tianjin Branch of CNOOC said.

Wang said in the future, CNOOC will put more effort into detecting medium and large-sized oilfields and more deep-water oil and gas fields, with the aim of ensuring China's energy security.