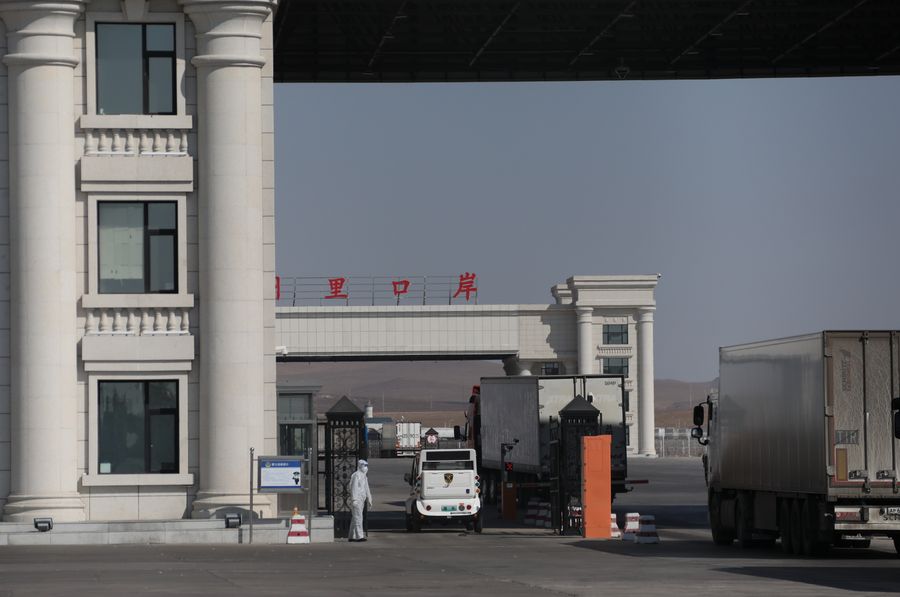 A staff member wearing protective suit is on duty at the Manzhouli port in the China-Russia border city of Manzhouli in north China's Inner Mongolia Autonomous Region, April 10, 2020. (Photo: Xinhua)

Chinese health authority said on Wednesday it received report of one new confirmed COVID-19 case on the Chinese mainland on Tuesday. The case was imported one in Shanghai.

The Chinese mainland registered no deaths and one suspected case on Tuesday.

According to the National Health Commission, three people were discharged from hospitals after recovery, while the number of severe cases reduced two to five.

As of Tuesday, the mainland had reported a total of 1,732 imported cases. Of the cases, 1,687 had been discharged from hospitals after recovery, said the commission.

Also on Tuesday, 28 new asymptomatic COVID-19 cases were reported on the mainland. The commission said 404 asymptomatic cases were still under medical observation, including 27 from abroad.