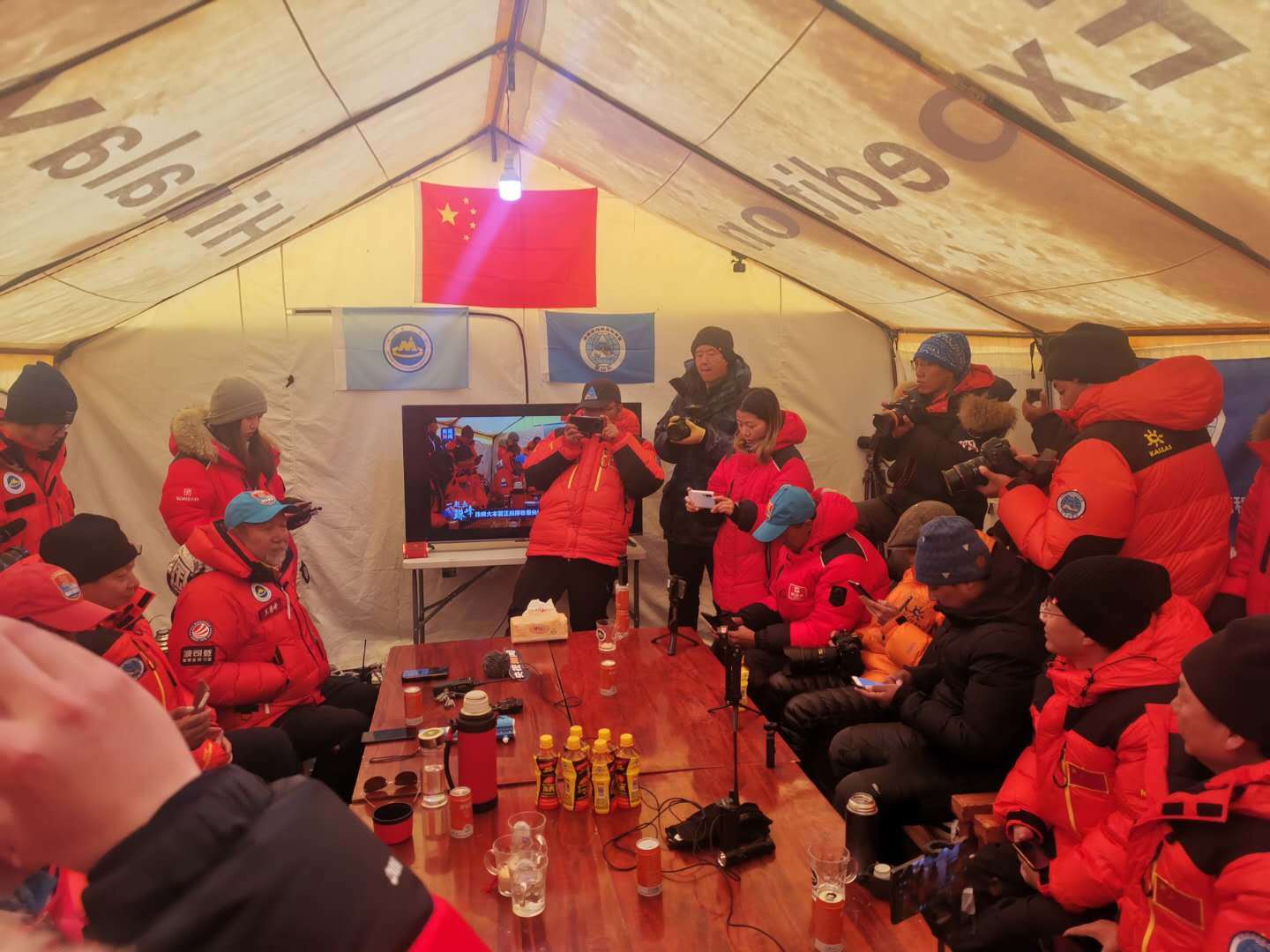 An eight-member Chinese surveying team reached the summit of Mount Qomolangma at 11:03 a.m. BJT on Wednesday, on a mission to accurately measure the height of the world's highest mountain.

The exact number will come out one or two days later after the data is sent back, re-calculated and cross-confirmed, according to Dang Yamin, the project leader of the remeasurement task.

The project, also the sixth round of remeasuring, was carried out on April 30. Before this, a survey team of 53 members had been making preparations since early March in the surrounding areas.

Telecommunication companies also help set up several world's highest 5G base stations on some of the base camps of the mountain, providing signal services to mountain climbers, investigators, and research teams.

The information collected from the mission will be applied in researches like geodynamics. The precise data of snow, weather, and wind speed will become first-hand references for glacier monitoring and environmental protection.