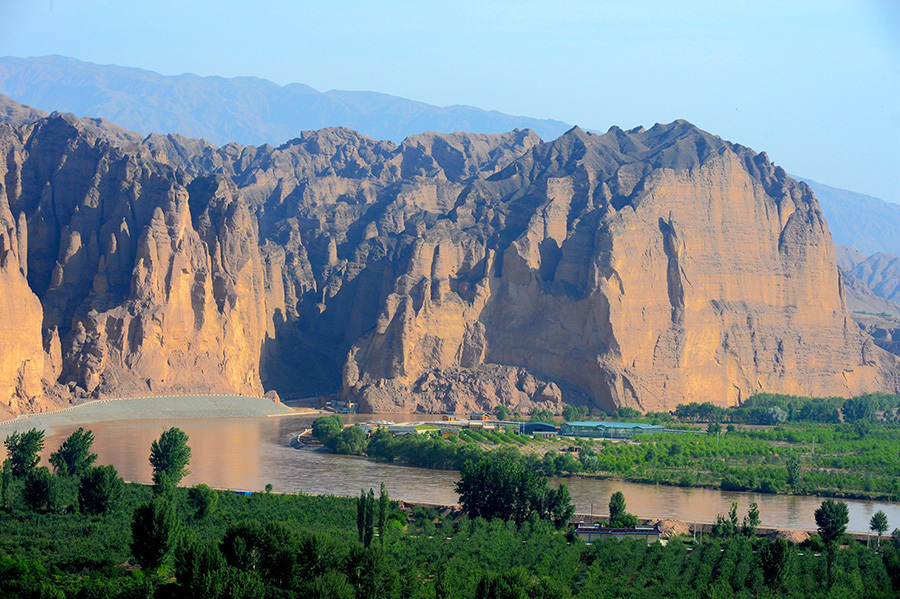 Concerted efforts should be made to promote ecological protection and the high-quality development of the Yellow River, known as China's "Mother River", recognizing the relationship between production and environment, said a political adviser during the two sessions.

"Ecological protection and high-quality development of the Yellow River Basin is not only a major national strategy, but is also critical to the country's economic and social development and ecological security," said Ouyang Jian, a member of the 13th National Committee of the Chinese People's Political Consultative Conference, the top political advisory body.

Thanks to the efforts of implementing projects, including water source conservation and water and soil loss control, the environment along the Yellow River within Gansu province, which covers 145,900 square kilometers or 32 percent of the provincial area, have seen marked improvements, said Ouyang, also chairman of the CPPCC Gansu Provincial Committee.

However, regional economic developments and infrastructure still lag behind, and local residents are also faced with poor production and living conditions, he said, adding that the province's 35 poverty-stricken counties are all located in the region.

As this year marks the deadline for China to eradicate absolute poverty, he noted that the province urged efforts to push forward the green development along with strengthening environmental protection.

To better connect poverty alleviation with environmental protection, the province will step up efforts to advance supply-side structural reform in agricultural production by reducing the planting area for high water-consuming crops and optimizing the plantation structure of grain, cash crops and forage, he said.

Circular agriculture will be further promoted, which will provide sufficient and high-quality feed for husbandry by turning corn and cornstalks into fodder and better protect the grassland resources, as well as reduce water and soil erosion, he added.

He also said that local authorities will minimize harmful effects of agricultural practices on the environment by upgrading irrigation facilities and promoting water-saving technology to boost farm output in an eco-friendly way.

A slew of favorable land and taxation policies should be made to foster the development of the ecological industries, which will attract more investment from the enterprises on one hand and benefit the impoverished people with more employment and stable incomes on the other, he said.

In the past few years, the local government has invested a large sum of money for ecological protection, but the results were not very satisfactory since many of the projects generated few economic and social benefits and didn't prompt widespread active participation, he said.

"The key to cope with the problem lies in active development of eco-friendly and sustainable industries, which will consolidate the foundation for high-quality development and provide a steady stream of energy for enhanced protection of the Yellow River," he said.

At the same time, Ouyang also acknowledged that there remain prominent problems in the Yellow River Basin as the ecological environment is still fragile and the situation surrounding the protection of water resources is grim.

He said that an ecological compensation mechanism, along with a special national fund for the ecological protection and high-quality development of the Yellow River, should be put in place as long-term strategies to cope with ecological and environmental problems.