After a video of school children praising a Chinese celebrity went viral on Chinese social media, the Chinese Academy of History (CAH) said that education of children's values is related to a nation's future. The post garnered almost 2 million likes.

The CAH also said, "The act of openly guiding young students to support a celebrity in the classroom reflects loopholes in education management and also serves as a wake-up call.”

"As a teacher, it is your freedom to support an idol, but your hobby and job should be separate," said Xiong Bingqi, deputy director of the Shanghai-based 21st Century Education Research Institute.

Today’s Story in the Story looks at how celebrity worship is influencing Chinese classrooms of the country’s younger generation. 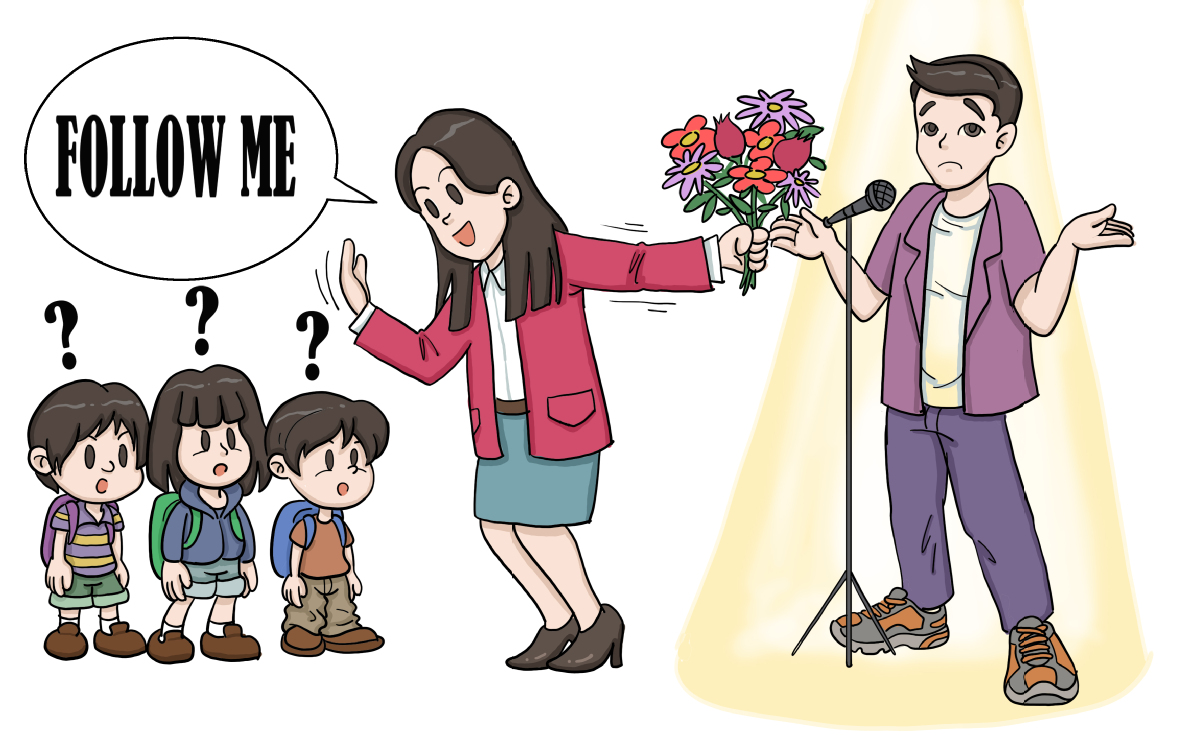 An online video of a teacher at a kindergarten in Central China's Henan Province instructing students to support a Chinese actor, sparked anger among netizens who claimed the teacher was using the students to help chase her idol.

In the video, the kindergarten teacher can be seen teaching a group of children as they sit on the floor to say TFBoys member Wang Junkai is handsome and that she is his girlfriend.

The teacher was suspended shortly after the video went viral. The manager of the kindergarten said they would strengthen teacher training.

In a separate incident, a teacher in Suqian, Shuyang County, posted a video TikTok. In the short clip, a dozen or so students can be seen shouting "you are good. We like you. Let's go!" The students also danced to a new song by the famous actor Xiao Zhan.

After the teacher was suspended by the school, another middle school teacher in Jining, East China's Shandong Province, reportedly played one of Xiao's new songs during a livestreaming lesson, and asked a student to leave the stream because the student objected.

Xiao responded on his Weibo account, "Please focus on your study, work, and life… I do not need support."

Celebrity worship culture has also given birth to the “anti-fan.”

When online accounts are created to spread negative information about celebrities to damage their public image, they are called “heifen.” These "anti-fans" may end up in fierce arguments with the stars' loyal fans on social media.

If two entertainers are competing against each other, their fans may start an internet war against the other star.

After Chinese actress Zheng Shuang and girl band Rocket Girls 101 member Wu Xuanyi coincidentally appeared together in a passersby's photos taken at an airport, fans of these two stars began to argue over which idol is more popular. 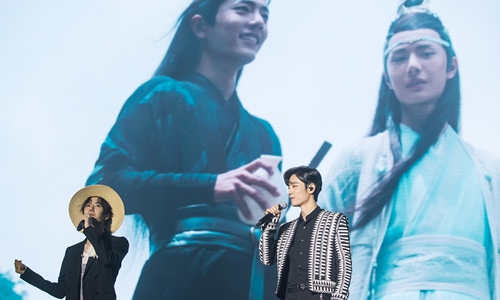 As the arguments became increasingly severe, some netizens left abusive messages on the Sina Weibo account of Zheng's father. In the end, Zheng had to take legal action by suing several of Wu's fans.

According to Cathy, some fans will not reveal which idol they are dedicated to when conducting anti-fan activities against certain stars in order to prevent those stars' fans from attacking their idol in return.

"The anti-fans help their idols win battles and feel a sense of accomplishment by fighting against targeted stars," Cathy said, explaining these anti-fans' motivation.

Sometimes, this benefit can go beyond abstract feelings.

Cathy pointed to an example on Weibo that attracted a large amount of followers while verbally attacking and smearing Chinese singer-actor and EXO member Zhang Yixing. After the number of followers grew to around 270,000, the account began to provide charged services for promoting stars.

When these battles become fierce enough, the Weibo "public square" of a star may become totally polluted with negative information.

A public square refers to the results one gets when you search the star's name on the platform. Sikun said that almost all dedicated Chinese fans use a mobile app called MoreFans, which can be used to "decontaminate" a star's "square."

“These negative issues in fan culture all have influence on students,” said a Chinese entertainer.

Fans should act rationally when expressing their support for their idols, and fan culture should not extend everywhere, especially in the classroom. Teachers must follow professional norms and ethics and never use students as tools to support their idols, said an official statement from Chinese state-run media.