CULTURE Number of special education teachers in China on the rise

Number of special education teachers in China on the rise 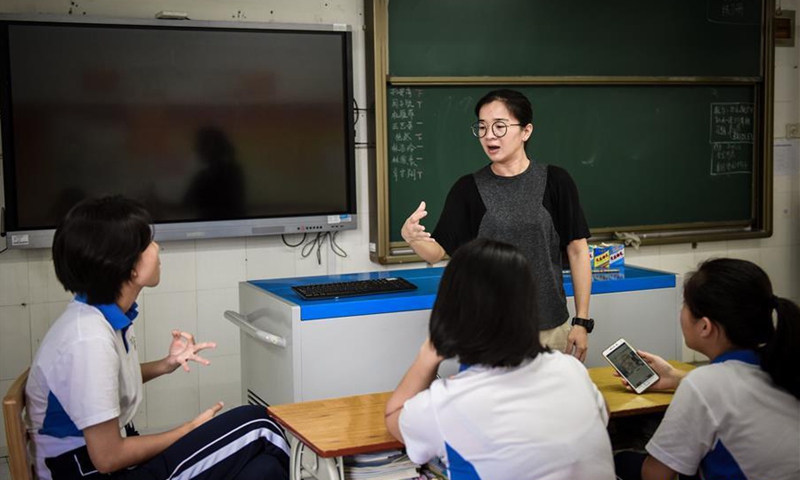 Luo Qianhong, a teacher with Yuanping special school for the disabled students, gestures as she communicates with students in the school in Shenzhen of south China's Guangdong Province Sept. 7, 2018. Luo, a hearing-impaired former graduate from the school, began to work as a teacher in the school in 2006 when she finished her university study. Good at communication and willing to help, Luo became popular with hearing-impaired students who distinguished in return with outstanding performances thanks to her influence and encouragement. (Photo: Xinhua)

China had 62,400 teachers for special education schools as of the end of 2019, up 3,700 year on year, according to a report released by the Ministry of Education.

The number marks an increase of 6.31 percent from the previous year, noted the report on China's education in 2019.

The teachers work for 2,192 special education schools across the country, 40 of which were put into use in 2019, said the report.

Nearly half of the special education students attend classes in regular schools, while 21.5 percent were taught by teachers sent to their homes, according to the report.