Yao Ming calls for a better education for Chinese athletes 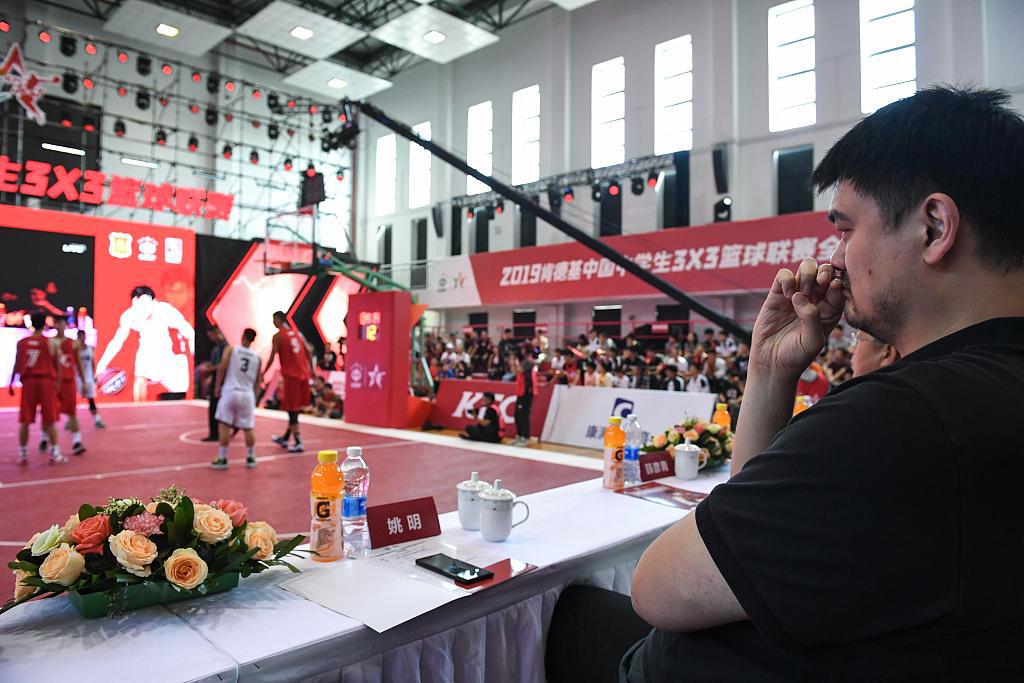 In an effort to better educate young athletes, retired basketball legend and political advisor Yao Ming has called for an overhaul of China's education system.

Yao, a member of the 13th National Committee of the Chinese People's Political Consultative Conference (CPPCC) and president of the Chinese Basketball Association (CBA) introduced his proposal in a discussion panel with fellow political advisors at the ongoing annual two sessions.

In China, sports schools and the standard education system are separate. In the past, most professional athletes have focused on physical training while neglecting academic education, which has led to many problems after retirement.

Yao Ming has called for all students in the sports schools to be included in the standard education system to improve their professional and scientific qualities.

His proposals include encouraging primary and secondary schools to strengthen cooperation with sports schools and integrating them more firmly into the teaching establishment in terms of salary, job title evaluation, and continuing education.

Yao Ming's proposals also call for an improvement to the remuneration and benefits for grass-root coaches and referees, while encouraging coaches to participate in schools' physical education and extracurricular sports activities.

Meanwhile, he suggested that various top-level designs, system reforms, and mechanism innovations around the integration of sports and education should be people-oriented. While promoting the physical fitness of young people, standard educational knowledge must also not be ignored.

"A sports team without cultural education will lack combat effectiveness," Yao Ming pointed out. China needs to cultivate knowledgeable and literate athletes, rather than those who only fight for gold and silver medals and know nothing but sports.

He added, "Being in a modern society and facing international competition, the future development of China requires young people to have a sound and healthy personality. Modern sports require patriotism, rules, teamwork, fighting spirit, and courage to overcome setbacks."

At the same time, in the face of the shortage of reserve talents for many competitive sports, Yao urged that it was necessary to further expand the youth training channels to prevent "talent gaps".

Taking China's men's basketball as an example, he revealed that current national team consists of players from a pool of 350 basketball players from 20 teams in the CBA league. 60% of the players are from just six provinces: Liaoning, Shandong, Jilin, Heilongjiang, Hebei, and Jiangsu. Meanwhile, 55% are independently trained by 8 clubs. Only 22 players in the league are from non-professionals channels. So, broadening the men's basketball youth training channel is "a top priority".

The former basketball megastar mentioned that professional athletes have a long training time, which generally takes 8 to 10 years. High-level athletes are even rarer and require long-term investment and meticulous polishing.

He also called for China to straighten its talent training and delivery mechanisms including schools, professional clubs, professional sports teams, and social institutions, while eliminating industry barriers, and resolving barriers for professional athletes and those trained in clubs so that they can be enrolled smoothly into higher education schools.