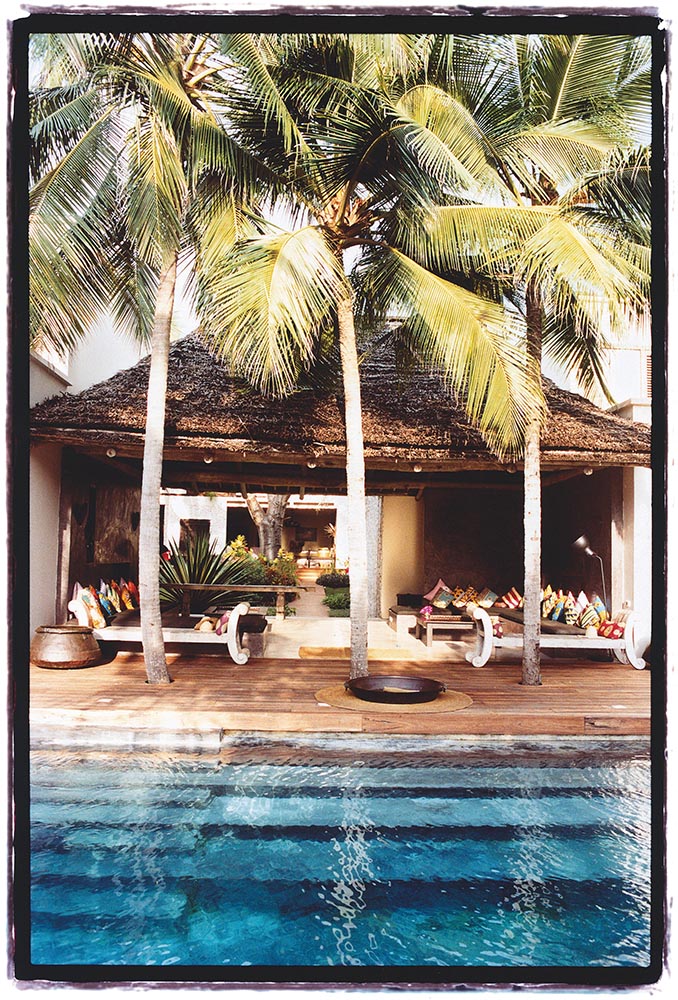 On the east coast of Zanzibar, in Jambiani, is Casadamare: a piece of heaven owned by a delightful Italian couple. (Photo: China Daily)

How did a small archipelago of 1,000 square miles off the East African coast make such a large impact on the globe's popular imagination? And how did it come to be spoken of in foreign literary legends as a far-off romantic idyll, almost like a fantastical place?

It all started 10 million years ago when the island of Pemba separated from mainland Africa, followed, just 10,000 years ago, by the island of Unguja. The story of Zanzibar, that is, which for centuries, has been a haven and gateway that functions as a crossroads of cultures, from African, Asian, Iran to Omani, Portuguese and so on.

Zanzibar entered European imaginations through the travel writing of Marco Polo in the 13th century, but while Europe was only just getting to know the archipelago, the Middle East and China already had quite a presence on the East African coast and were enacting trade across the Indian Ocean. Zanzibar is mentioned in a Chinese book dated 1226, under the name Cengba by the geographer Zhao Rugua, who understood that the name Zanzibar was derived from the term zangi, which meant "black-skinned people". A farmer in Zanzibar in 1945 discovered a hoard of coins consisting of 250 Tang and Song coins, dating from 618 to 1295.

China's influence in Zanzibar grew with the arrival of Muslim admiral and explorer Zheng He, who sailed around the globe long before Marco Polo and Columbus, with huge fleets of ships that were like mini-cities. His boats were called a "treasure fleet", as the vessels carried silks, porcelains and other valuables the Chinese could use totrade with foreign peoples.

In much of the recent media coverage concerning China's contemporary relationship with Africa, there is often little if any recognition that the historical connection between China and Africa runs deep. In terms of Africa, the Chinese are not new to the continent, neither in terms of trade nor of development aid. Even today, the Chinese are funding a variety of exploits, including a water supply project, which includes pumping station pipelines, providing safe water to around 2,500 residents on Zanzibar's Pemba Island. Since 2017, Chinese medical experts from the Jiangsu Institute of Parasitic Diseases have been stationed in Zanzibar.

Not unlike Zheng He and his ships, Zanzibar is bountiful with treasures, too – be it experiencing the still-unique wildlife by scuba-diving off the coast of a private island or visiting the Jozani Forest to see the endemic red colobus monkey.

Yet nothing illustrates the multi-cultural apex quite like the architecture. There are the older houses with Swahili architecture, with carved doors and interior stucco decorations; the Omani mansions along the seafront, in all their magnificence; the streets near the Old Fort, populated with modest Gujarati shopfront houses; and even structures inspired by the palaces of India. From Hindu temples to Muslim song, the diversity of the place and its people is ever-present.

You can see the magic of the archipelago, with its waters, lagoons, mystic wilderness, and Swahili patrimony and culture bursting with life, all from the comfort of your armchair in Assouline's new title Zanzibar, being released this month. The moment the global COVID-19 lockdown is lifted, make this elusive but attainable paradise your first adventure in the brave new world of post-pandemic travel. Zanzibar and its native Zanzibaris are life-altering.