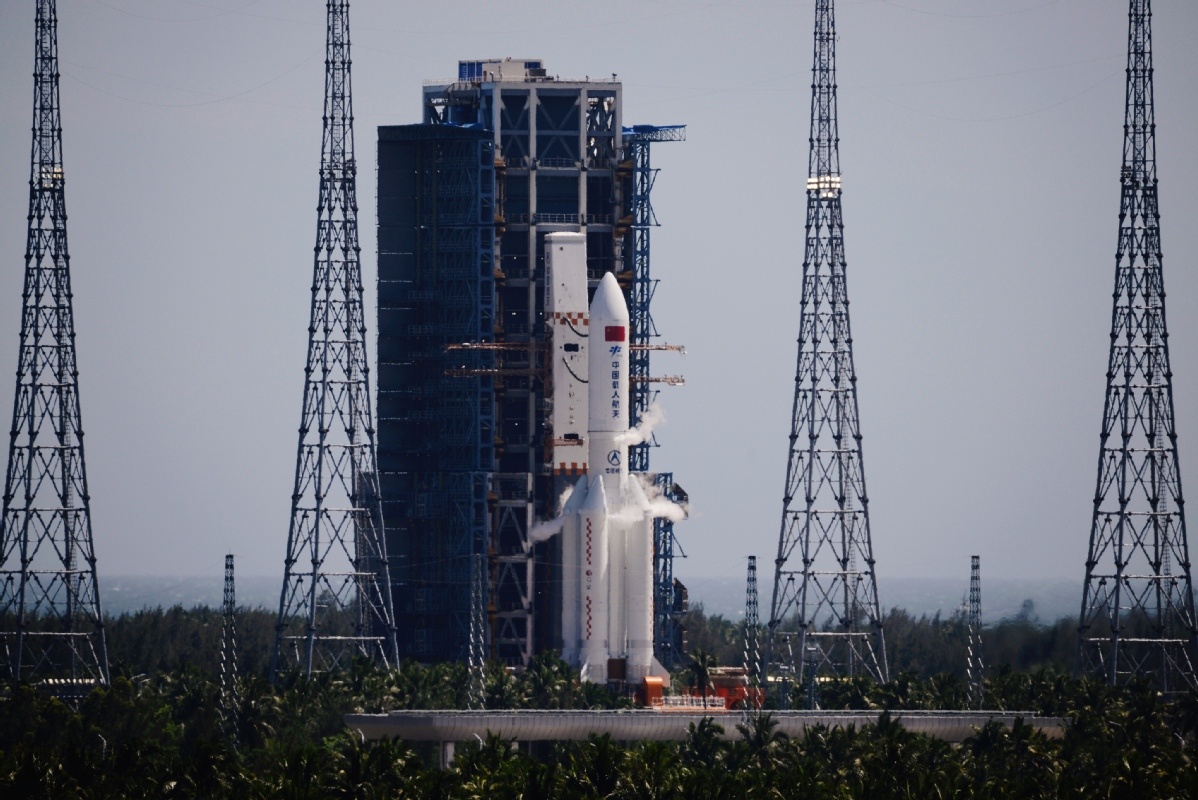 China conducts the debut flight of the Long March 5B carrier rocket on May 5, 2020. (Photo: China Daily)

China has developed and launched several new-generation carrier rockets over the past five years, ranging from the small, solid-propellant Smart Dragon 1 to the colossal heavy-lift Long March 5. Now, scientists are preparing for the debut mission of a new model－Long March 8.

The Long March 8 will improve China's launch capability for sun-synchronous orbit and will also boost the nation's commercial space industry, said Bao Weimin, director of science and technology at China Aerospace Science and Technology Corp and an academician of the Chinese Academy of Sciences.

"The rocket is expected to fill a gap in our rocket fleet because we don't have a suitable model to send a satellite weighing from 3 to 4.5 metric tons into sun-synchronous orbit. It can also be used for missions to low-Earth and geostationary transfer orbits," he told China Daily in a recent interview on the sidelines of the third session of the 13th National Committee of the Chinese People's Political Consultative Conference, which held its closing meeting on Wednesday in Beijing.

The scientist is a member of the CPPCC National Committee, China's top political advisory body.

The rocket will mainly satisfy commercial launch needs in domestic and international markets, he said, predicting that it will likely conduct 10 to 20 launches annually after it goes into service.

In China, an increasing number of private companies have started to design and build satellites, which consequently generates a huge demand for commercial launch services.

According to designers at the China Academy of Launch Vehicle Technology, a leading carrier rocket developer in China and a subsidiary of Bao's company, the medium-lift Long March 8 has a modular design and incorporates technologies that have been used by the Long March 3A and Long March 7.

With two core stages and two boosters, the rocket is 50.3 meters tall, has a liftoff weight of about 356 tons, and is propelled by liquid oxygen, liquid hydrogen and kerosene. Its core stages are basically identical to those used by the Long March 7 and Long March 3A.

It can transport a 5-ton spacecraft to a sun-synchronous orbit 700 kilometers above Earth, designers said. Launches will be conducted at the Jiuquan Satellite Launch Center in the Gobi Desert and Wenchang Space Launch Center in Hainan province.

Long Lehao, a top rocket scientist at the China Academy of Launch Vehicle Technology, previously said variants of the Long March 8 will be reusable, explaining that their first stage and boosters will be recovered and reused.