WASHINGTON, May 30 (Xinhua) -- Roger Federer landed the top spot of 2020 Forbes list of the highest-paid athletes with pre-tax earnings of 106.3 million U.S. dollars. 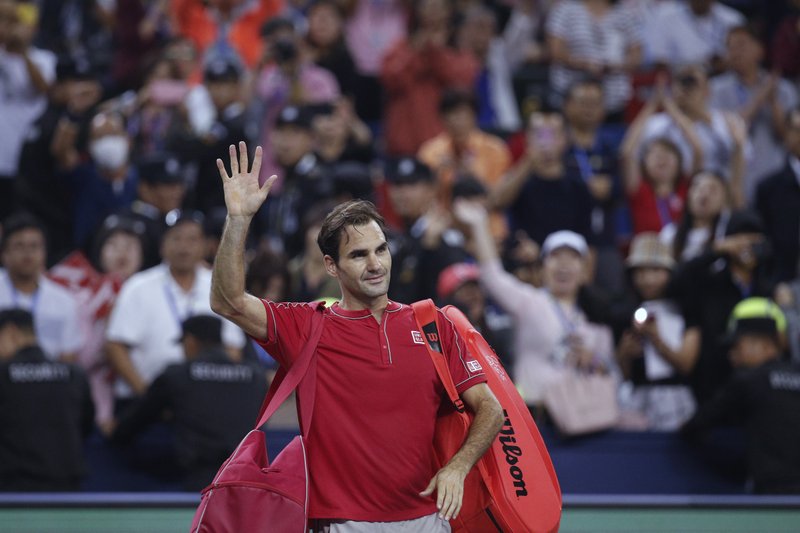 Roger Federer of Switzerland waves to spectators as he leaves the court after he lost to Alexander Zverev of Germany in their men's singles quarterfinals match at the Shanghai Masters tennis tournament at Qizhong Forest Sports City Tennis Center in Shanghai, China, Friday, Oct. 11, 2019. (Photo: AP)

It's the first time the Swiss tennis legend tops the annual list. His earning includes 6.3 million dollars in prize money and 100 million from endorsements and appearance fees. His previous best ranking was second in 2013.