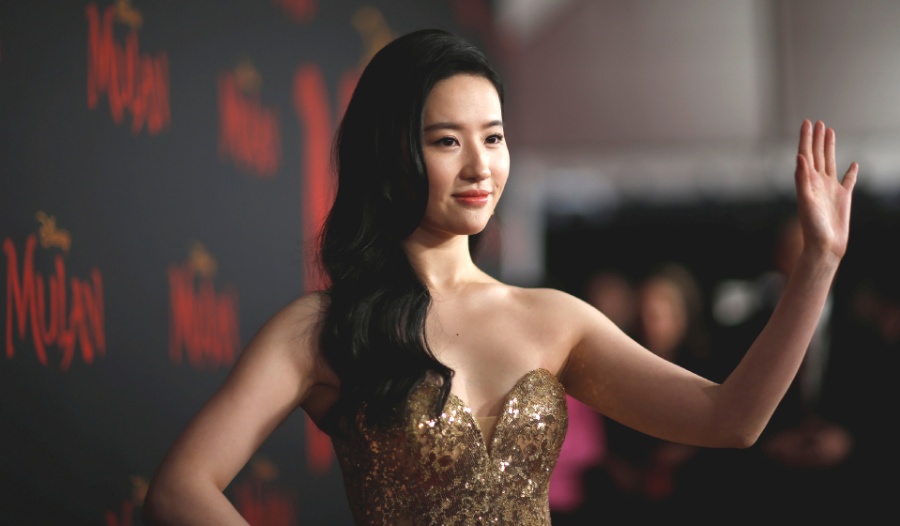 Cast member Liu Yifei waves at the premiere for the film "Mulan" in Los Angeles, California, US, March 9, 2020. (Photo: Agencies)

The China-set live-action film was first scheduled to hit US theaters on March 27 but was later rescheduled to July 24 due to the pandemic. Hollywood studios delayed nearly all of their big-budget movies in the United States and other countries as theaters were shut down in an effort to combat the coronavirus.

The film is now slated to open on Aug 21.

"While the pandemic has changed our release plans for 'Mulan' and we will continue to be flexible as conditions require, it has not changed our belief in the power of this film and its message of hope and perseverance," Alan Horn, co-chairman and chief creative officer, and Alan Bergman, co-chairman of the Walt Disney Studios, said in a statement.

"Director Niki Caro and our cast and crew have created a beautiful, epic, and moving film that is everything the cinematic experience should be, and that's where we believe it belongs -- on the world stage and the big screen for audiences around the globe to enjoy together," the statement said.

Based on the legend of an ancient Chinese heroine, the film is an adaptation of Disney's 1998 animated film of the same name. Mulan, according to folk legend, lived during a tumultuous era in Chinese history more than 1,400 years ago. She disguised herself as a man to serve in the army in place of her aged father and fight for her country.

"Mulan," which cost $200 million to make, stars Liu Yifei in the title role following a year-long global casting, with Gong Li as a powerful and dangerous witch, Donnie Yen as an army commander, and Jet Li as the emperor of China.

The announcement came one day after the decision of Warner Bros. to delay the release date for Christopher Nolan's "Tenet" for the second time. The film was pushed back from July 31 to Aug 12.

Both "Mulan" and "Tenet" were considered to help theaters to welcome back moviegoers this summer amid the pandemic. "Mulan" was supposed to be the first major Hollywood film to hit the big screen after theaters were planning to reopen in phases next month.

The delay of "Mulan" and "Tenet" cast a shadow on theaters' reopening plans. AMC Theaters, the largest US movie theater chain, said in a statement last week that it will resume theater operations at approximately 450 US locations on July 15, and at approximately 150 remaining locations on July 24, in time for "Mulan" and "Tenet." But a number of US states saw a surge in new COVID-19 cases and hospitalizations this week.

The Washington Post commented that "the move means that the month of July, which in recent years has seen mega-blockbusters from 'The Lion King' to 'The Dark Knight,' 'Transformers' to many 'Harry Potter' films, will not have a major new movie for the first time in the modern era."

"Disney has delayed the theatrical release of 'Mulan' for a third time, all but officially putting an end to Hollywood's hopes of salvaging a summer movie season," Variety magazine noted.

Variety also pointed out that "Mulan" is expected to strongly resonate in China.

"But Chinese movie theaters are all currently closed, without a known reopening date. Given the importance of 'Mulan' in China, it would have been risky to release the movie and leave Chinese audiences behind," the US magazine said.