China's lunar rover travels about 463 meters on moon's far side

BEIJING, June 28 (Xinhua) -- China's lunar rover Yutu-2, or Jade Rabbit-2, has moved 463.26 meters on the far side of the moon to conduct scientific exploration of the virgin territory. 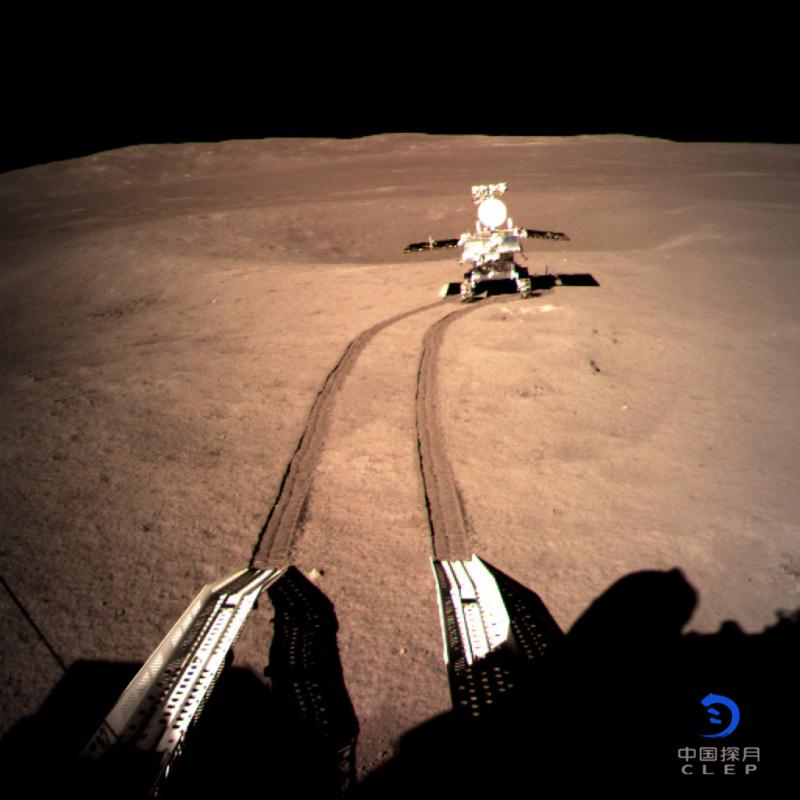 Lunar rover Yutu-2 continues to roll on the far side of the Moon as planned. (Photo: CNSA)

Both the lander and the rover of the Chang'e-4 probe have just ended their work for the 19th lunar day, and switched to the dormant mode for the lunar night due to lack of solar power, the Lunar Exploration and Space Program Center of the China National Space Administration said on Sunday.

During the 19th lunar day, Yutu-2 examined a small crater about three meters southwest of the rover and obtained a new batch of scientific detection data.