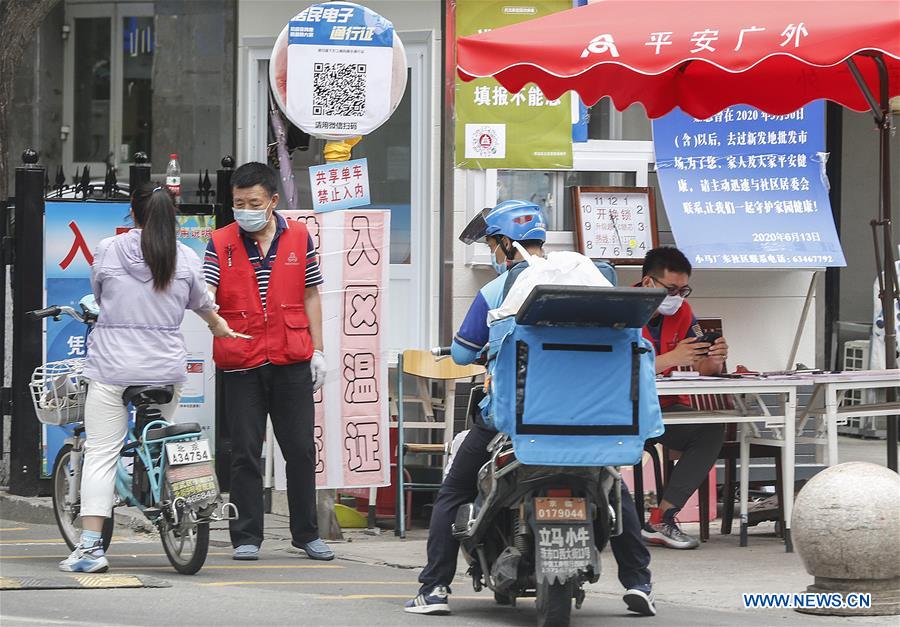 A community staff member checks a resident's body temperature at the entrance of a community in Xicheng District of Beijing, capital of China, June 17, 2020. (File photo: Xinhua)

Chinese health authorities said Monday that it received reports of 12 new confirmed COVID-19 cases on the Chinese mainland on Sunday, of which seven were domestically transmitted and five were imported.

Of the domestically transmitted cases, all were reported in Beijing, the National Health Commission said in its daily report.

No deaths related to the disease were reported Sunday, according to the commission.

Nine people were discharged from hospitals after recovery.

As of Sunday, the mainland had reported a total of 1,907 imported cases. Of the cases, 1,823 had been discharged from hospitals after recovery, said the commission.

Also on Sunday, six new asymptomatic COVID-19 cases were reported on the mainland. The commission said 102 asymptomatic cases were still under medical observation, including 63 from abroad.