Carrie Lam says Hong Kong not afraid of US sanctions

HONG KONG, June 30 (Xinhua) - Chief Executive of China's Hong Kong Special Administrative Region (HKSAR) Carrie Lam said Tuesday that Hong Kong will not be frightened by any sanctions, in response to the US revocation of Hong Kong's special status. 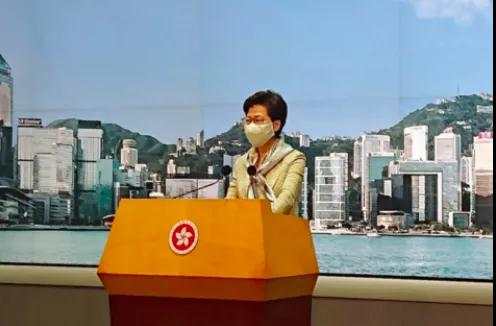 Lam told a press conference that Hong Kong has made preparations for the US move and estimated that the trade restrictive measures will only cause a little inconvenience, stressing that the impact on Hong Kong's technological innovation sector will be limited.

The US Commerce Department has announced the decision to suspend preferential trade treatment to Hong Kong, including the availability of export license exceptions, under the pretext of a national security legislation in Hong Kong.

If the central authorities adopt countermeasures, the HKSAR government will fully cooperate on the measures, Lam said.

Lam added the United States enjoys the highest surplus worldwide in its trade with Hong Kong, with about 30 billion US dollars a year.