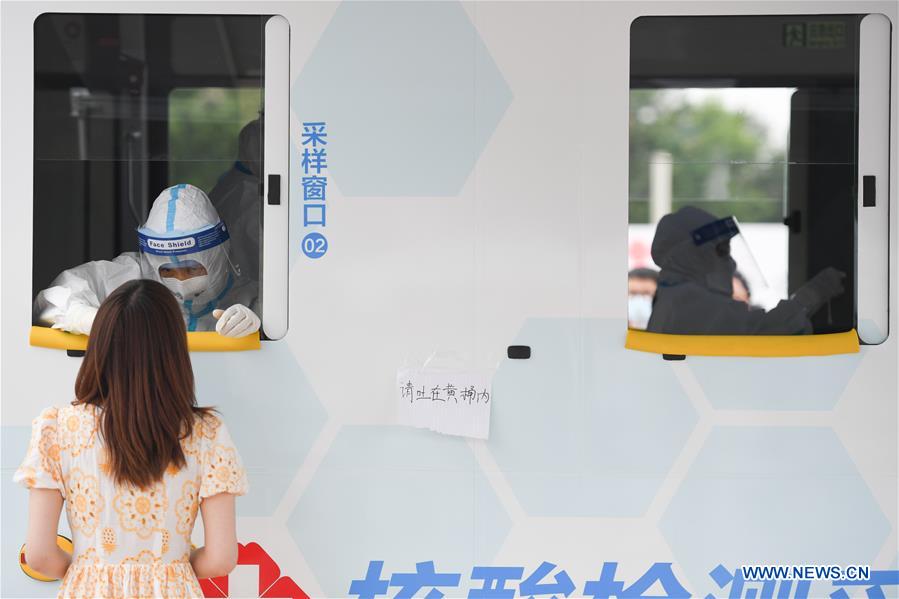 A medical staff member takes a throat swab sample from a woman at a newly-adopted mobile testing vehicle in Xicheng District of Beijing, capital of China, June 28, 2020. (Photo: Xinhua)

Chinese health authorities said Tuesday that it received reports of 19 new confirmed COVID-19 cases on the Chinese mainland on Monday, of which eight were domestically transmitted and 11 were imported.

Of the domestically transmitted cases, seven were reported in Beijing and one in Shanghai, the National Health Commission said in its daily report.

No deaths related to the disease were reported Monday, according to the commission.

Nine people were discharged from hospitals after recovery.

As of Monday, the mainland had reported a total of 1,918 imported cases. Of the cases, 1,830 had been discharged from hospitals after recovery, said the commission.

Also on Monday, four new asymptomatic COVID-19 cases were reported on the mainland. The commission said 99 asymptomatic cases were still under medical observation, including 60 from abroad.