CULTURE Cirque du Soleil files for bankruptcy due to pandemic

Cirque du Soleil files for bankruptcy due to pandemic 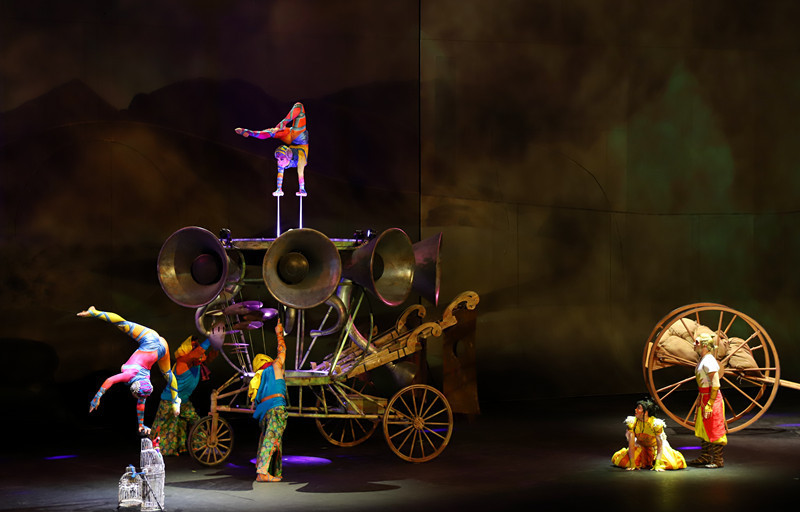 Canadian circus entertainment giant Cirque du Soleil filed for bankruptcy protection on Monday after all its acrobatic shows worldwide had been halted for three months due to the COVID-19 pandemic.

Daniel Lamarre, president and CEO of Cirque du Soleil Entertainment Group, announced: "For the past 36 years, Cirque du Soleil has been a highly successful and profitable organization. However, with zero revenues since the forced closure of all of our shows due to COVID-19, the management had to act decisively to protect the company's future."

However, it preferred not to call the move a bankruptcy, but rather, on its website, describing it as "a comprehensive plan to restart business".

Cirque du Soleil, along with certain of its affiliated companies, filed for protection from creditors under the Companies' Creditors Arrangement Act (CCAA) in order to restructure its capital structure, the announcement revealed. CCAA is a Canadian federal law that allows large corporations to restructure their finances and avoid bankruptcy, while allowing creditors to receive some form of payment for amounts they are owed.

Its application under the CCAA will be heard on Tuesday by the Superior Court of Québec (Commercial Division). If the court grants the initial order, the company will seek immediate provisional recognition under Chapter 15 of the Bankruptcy Code in the U.S. Bankruptcy Court.

Cirque du Soleil announced it had entered into a "stalking horse" purchase agreement with its existing shareholders China's Fosun International Ltd, TPG Capital and Caisse de depot et placement du Québec (CDPQ) as well as Investissement Québec as a debt provider. Under this arrangement, the sponsors would substantially acquire all of the company's assets, for a combination of cash, debt, and equity, and would establish two funds totaling US$20 million to provide additional relief to impacted employees and independent contractors.

Under the terms of the proposed purchase agreement, a group of investors will take over its liabilities and inject $300 million of liquidity into a restructured business to support a planned restart during bankruptcy proceedings. As part of the deal, Investissement Québec, the financial arm of the Quebec provincial government, will provide $200 million in debt financing.

As a necessary part of the restructuring and eventual planned restart of operations, Cirque announced critical steps related to its employees, including the termination of the employment contracts of approximately 3,480 employees previously furloughed in March in the government-mandated shutdown responding to the COVID-19 pandemic.

As part of the planned US$300 million of liquidity, the proposed purchase agreement further provides for the creation of a dedicated US$15 million employee fund to provide financial assistance to those who have lost their jobs, and a dedicated $5 million contractor fund to pay outstanding company obligations to artisans and freelance artists.

Lamarre declared that, "The purchase agreement and the sale and investment solicitation process provide a path for Cirque to emerge from CCAA protection as a stronger company. The robust commitment from the sponsors – which includes additional funds to support our impacted employees, contractors and critical partners, all of whom are important to Cirque's return – reflects our mutual belief in the power and long-term potential of our brand."

"I look forward to rebuilding our operations and coming together to once again create the magical spectacle that is Cirque du Soleil for our millions of fans worldwide."

As resident shows in Las Vegas and Orlando are expected to resume before the rest of the company's operations, the artists and show staff of the Resident Shows Division are "not affected" by this measure, so as to allow for a swift and efficient return as soon as the ban on gatherings is lifted and show operations can resume.

However, a Chinese performer in the Las Vegas resident show told China.org.cn that he had already received a termination of contract, and might have to return to China.

Cirque du Soleil temporarily closed its Las Vegas and Orlando shows on March 15 and 17, respectively, due to the pandemic. It is currently bowed down by nearly $1 billion in debt.

But Cirque du Soleil's "X: The Land of Fantasy", a resident show co-produced by China's Hangzhou Xintiandi Group in Hangzhou, Zhejiang province, has become the first production to resume performances from June 3. A spokesperson from Cirque du Soleil China, headquartered in Shanghai, assured China.org.cn that "X: The Land of Fantasy" will not be affected by the bankruptcy proceedings in North America.

The world-famous troupe started in the 1980s as a small group of street performers in Quebec and grew to become one of the largest acrobatic theatrical producers in the world, performing in 450 cities across more than 50 countries drawing almost 200 million spectators.