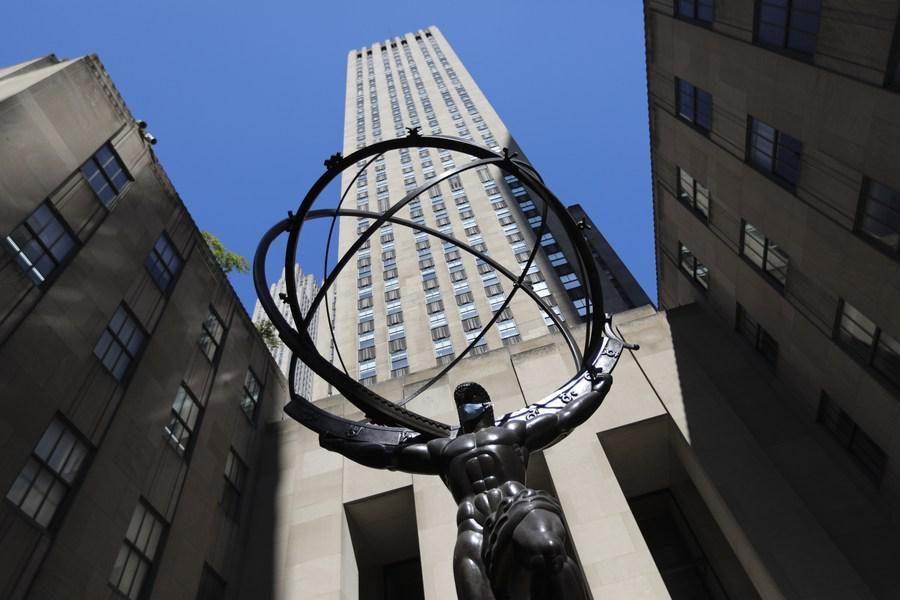 The Atlas statue is seen adorned with a face mask at Rockefeller Center in New York, the United States, on June 22, 2020. (Xinhua/Wang Ying)

- Work together and help each other overcome this unprecedented pandemic;

- Develop effective vaccines for COVID-19, and make them universally accessible;

BEIJING, June 29 (Xinhua) -- Across the globe, the coronavirus pandemic continues burning like an unquenchable wildfire as the World Health Organization (WHO)'s data showed on Monday that the global COVID-19 caseload surpassed 10 million.

Grim milestones have emerged one after another at an alarmingly faster pace since the deadly disease broke out. It took about one month for global infections to spike to 1 million from 100,000, yet the global tally skyrocketed to 10 million from 7 million in roughly three weeks.

That rapidly accelerating momentum is a wake-up call for a struggling world and shows that the increasingly dire situation demands fast, persistent, substantial and science-based actions from political leaders, medical professionals and ordinary citizens everywhere. 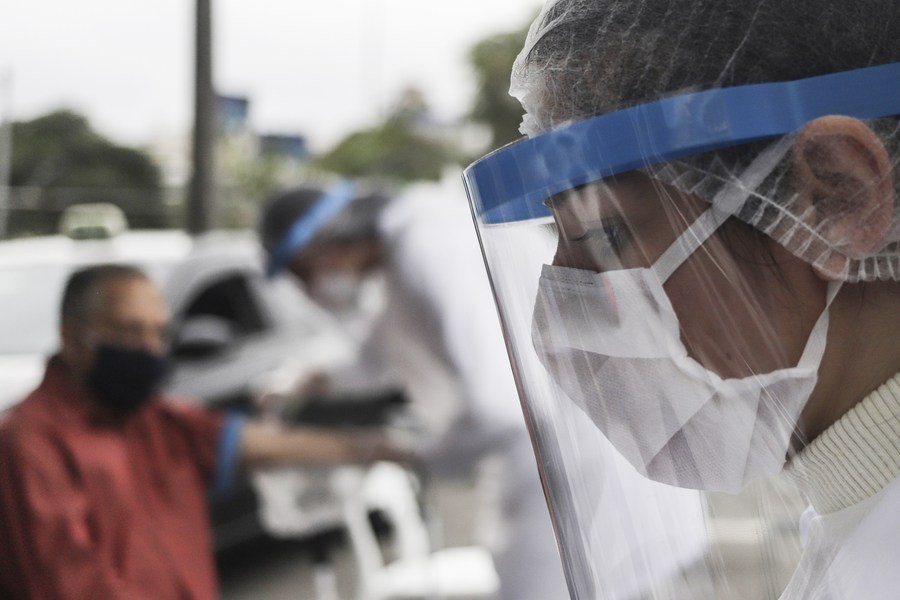 It is urgent that those countries in the epicenter step up their prevention and control measures before the pandemic reaches its peak within their own borders. In Central and South America, many countries have recorded a 25-50 percent rise in cases in the week before last, according to the WHO.

Up north, the United States, whose entire 50 states partially reopened in May, is experiencing a renewed upsurge in infections, and has reported a record-breaking number of new cases for consecutive days recently. Facing a rise in cases, U.S. states such as Florida and Texas have had to halt or backtrack their economic reopenings. The real picture may be far worse. U.S. Centers for Disease Control and Prevention Director Robert Redfield said that U.S. cases are likely to be 10 times higher than reported.

Decision-makers in those hardest-hit countries simply cannot take a gamble in the fight against this previously unknown and cunning disease. Any premature easing of social distancing or other restrictions will only prolong the suffering of their peoples, and take a harder toll on their economies. 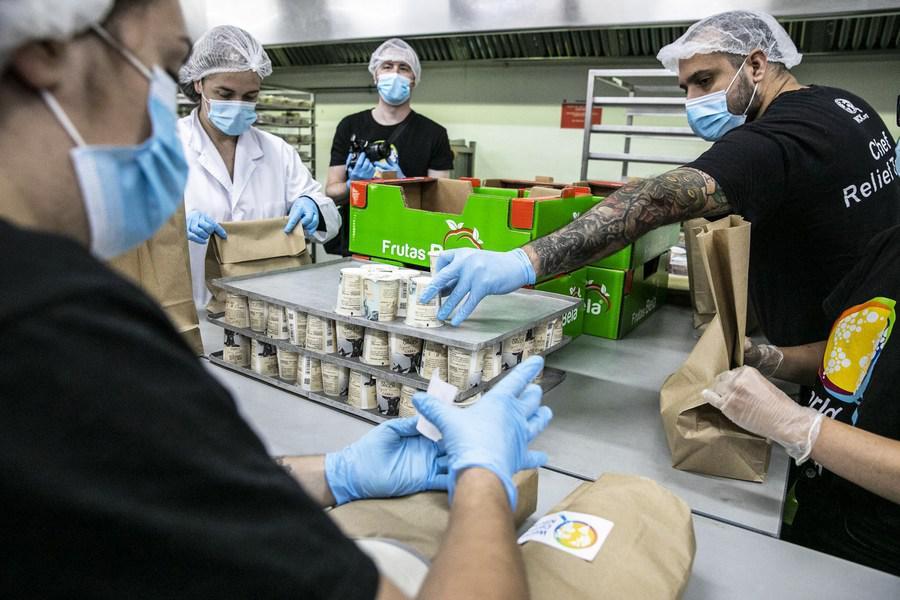 Meanwhile, countries worldwide that have passed the peak of the outbreak should not let down their guards. Instead, they should remain vigilant against a possible resurgence of infections, and implement their exit strategies with prudence.

In fact, new infections have emerged in many countries as they reopen. In Europe, 30 countries had seen increases in new cumulative cases over the past few weeks, and their health systems risk being brought to the brink again, according to WHO Regional Director for Europe Hans Kluge. A resurgence has also occurred in Asian-Pacific countries, like Australia and South Korea.

Those new COVID-19 clusters have reminded countries around the world that a second wave is very likely to occur if they fail to strike a delicate balance between reopening and controlling the spread of the virus.

Of course, the only way for the human race to overcome this unprecedented pandemic is to work together and help each other. No country can win this battle when others have not emerged victorious. 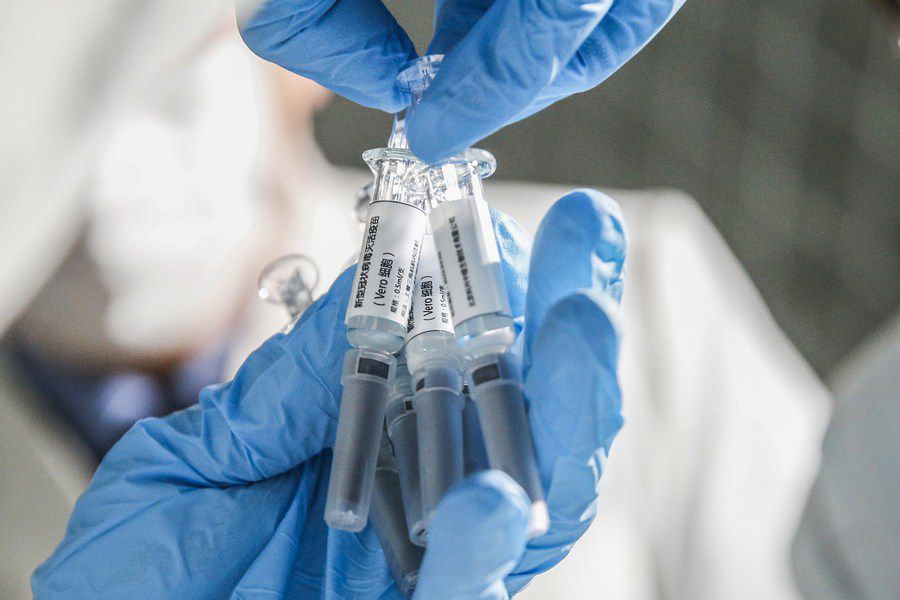 In this regard, one priority is to develop effective vaccines for COVID-19, and make them universally accessible. Making that happen at an early date demands all countries to pool their talents and resources. In the meantime, the leading role of the WHO should be supported.

The international community should also pay close attention to the pandemic situation in less-developed countries with vulnerable public health systems, such as those in Africa, and be ready to offer assistance so as to prevent them from turning into new epicenters and sources of infections. Efforts have already been made on that front, including China's pledge to help improve Africa's health infrastructure and restructure some of its debts.

Over a hundred years ago when multilateral cooperation was more of a concept, the 1918 influenza pandemic claimed more lives than World War I did. In the following decades as the world became increasingly globalized, members of the international community have learned incrementally how to jointly address shared political, economic and health challenges for the common good.

If the human race can resist the false temptation of isolationism and selfishness, and demonstrate a spirit of solidarity this time, it will ultimately conquer this public health crisis and emerge as smarter, stronger and better prepared when the next one hits.