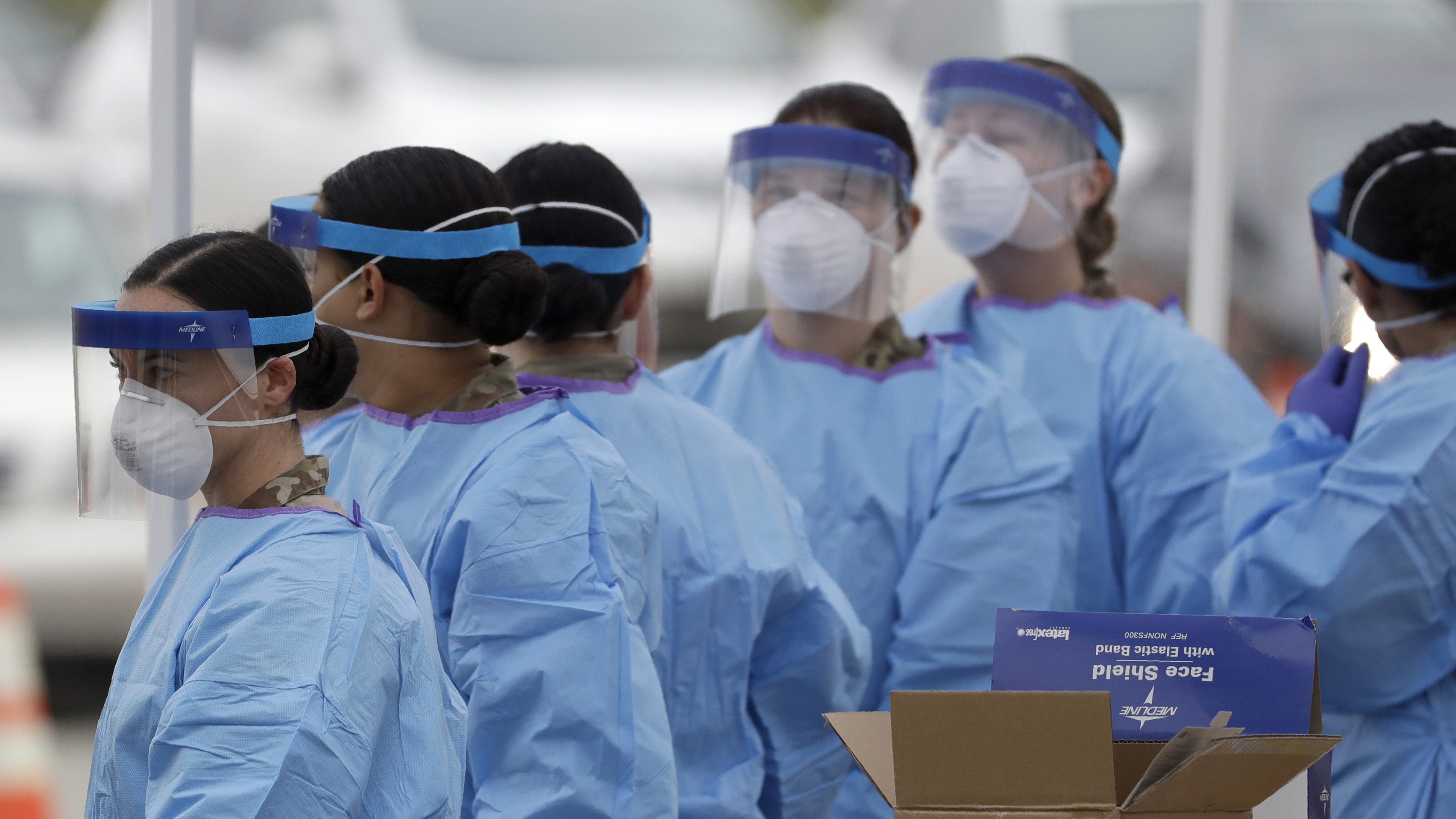 Armed with blankets and pillows, Texans wait in their cars for hours outside a testing center in Houston, one of the new COVID-19 epicenters in the US.

"I've been here since three in the morning," said Maria Solis to AFP. The 22-year-old has come to get tested for a second time, after her first came back positive, prompting her to quarantine for 14 days.

In two weeks, the situation in Houston, the fourth-largest city in the United States, has sharply declined -- as seen outside the United Memorial Medical Center Tidwell, a hospital in a residential neighborhood in north Houston.

"When I first got tested, there were no lines whatsoever and that was maybe two weeks ago," Solis said.

"I just went inside and it was maybe three cars, and now it's a big growing number. It's kind of scary."

The spread of the coronavirus in Texas has taken a "swift and very dangerous turn," according to Republican governor Greg Abbott.

Everyone is watching the rate of infection, which is currently at 14 percent -- double what it was at the beginning of June.

Concerns have become so great that Houston is often compared to New York city, which has three times as many residents, at the start of the pandemic.

Huge pickup trucks and ordinary sedans -- all the cars move one by one from the line through the white tents constructed in the hospital parking lot.

Some people came with their families, and more than one person has nodded off during the long wait.

Fernando Galvez, a medical student, joined the long line at 4:00 am.

After seven hours of waiting, he hopes that he can get tested this time, after multiple failed attempts over the past four days, despite his exhibiting symptoms -- sore throat and chest tightness.

He's been volunteering in a medical clinic and thinks he might have caught COVID-19 while working there.

Similarly, Raquel Smith, 48, works in the medical field and hopes to get tested for the first time. Her bosses requested that she get a test.

"I'm a frontline worker so this is just recommended now, because of the high increase now in cases here," the respiratory therapist said.

Some Houstonians think the spiking case numbers across the southern and western United States should serve as a national wake-up call.

Bent over his cell phone, Pedro Balderas, 39, has also spent countless hours waiting in the line of cars. He thinks leaders should make wearing a mask -- a source of heated debate across the country -- mandatory.