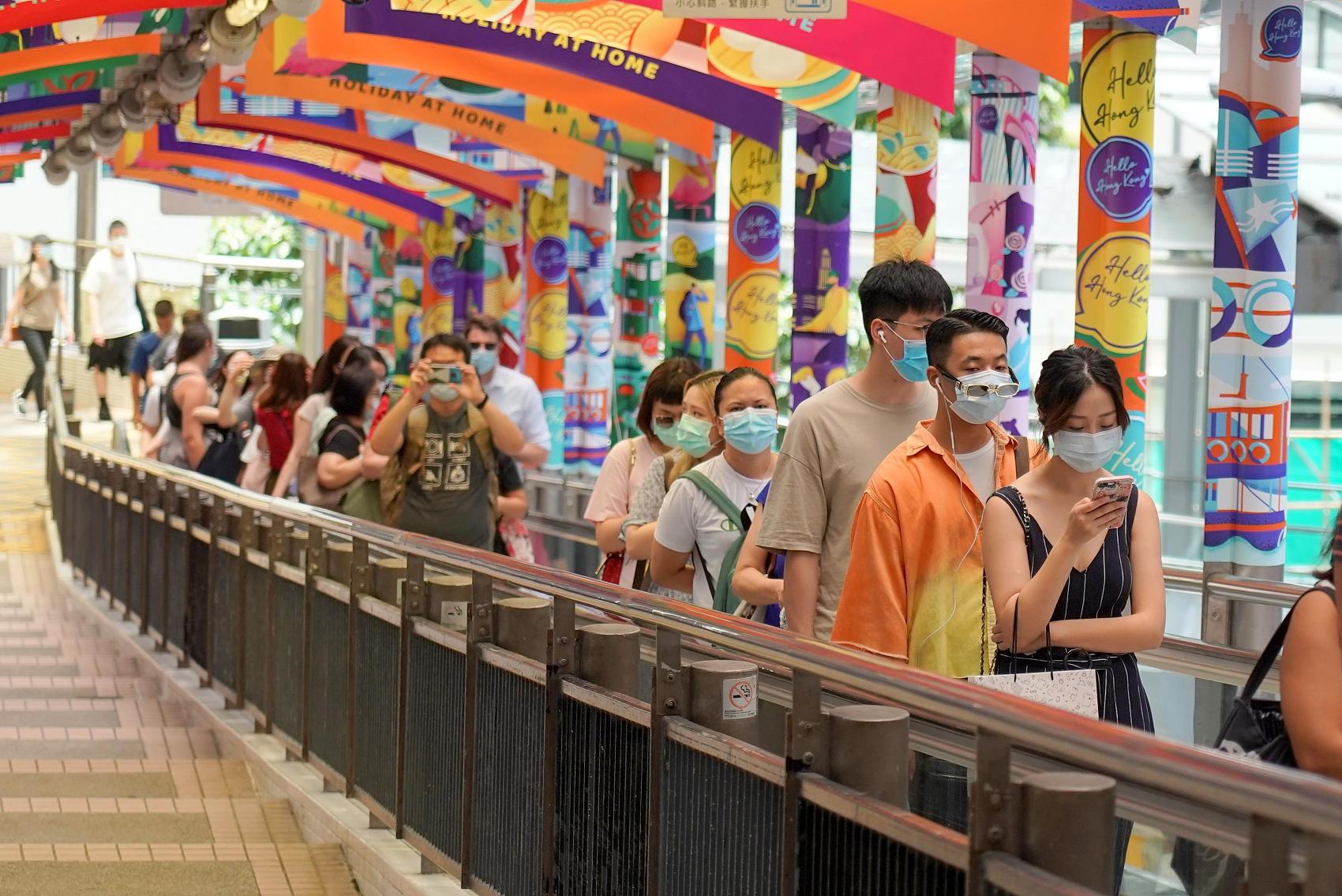 HONG KONG, July 15 (Xinhua) -- The Hong Kong Tourism Board (HKTB) announced on Wednesday that because of the COVID-19 pandemic, there were 3.52 million visitor arrivals in the first half of the year, a 90 percent drop year on year.

Hong Kong received about 14,600 visitor arrivals in June, representing a daily average of about 500, a 99.7 percent drop from the same time last year, the HKTB said.

To reduce the risk of infection, the Hong Kong Special Administrative Region (HKSAR) government urged the public to maintain an appropriate social distance with other people as far as possible in their daily lives and to go out less.

As the outbreak has recently worsened in Hong Kong, the Spend-to-Redeem local tours organized by the HKTB, originally scheduled to launch this month, will be postponed in response to the HKSAR government's anti-epidemic advice, the HKTB said.