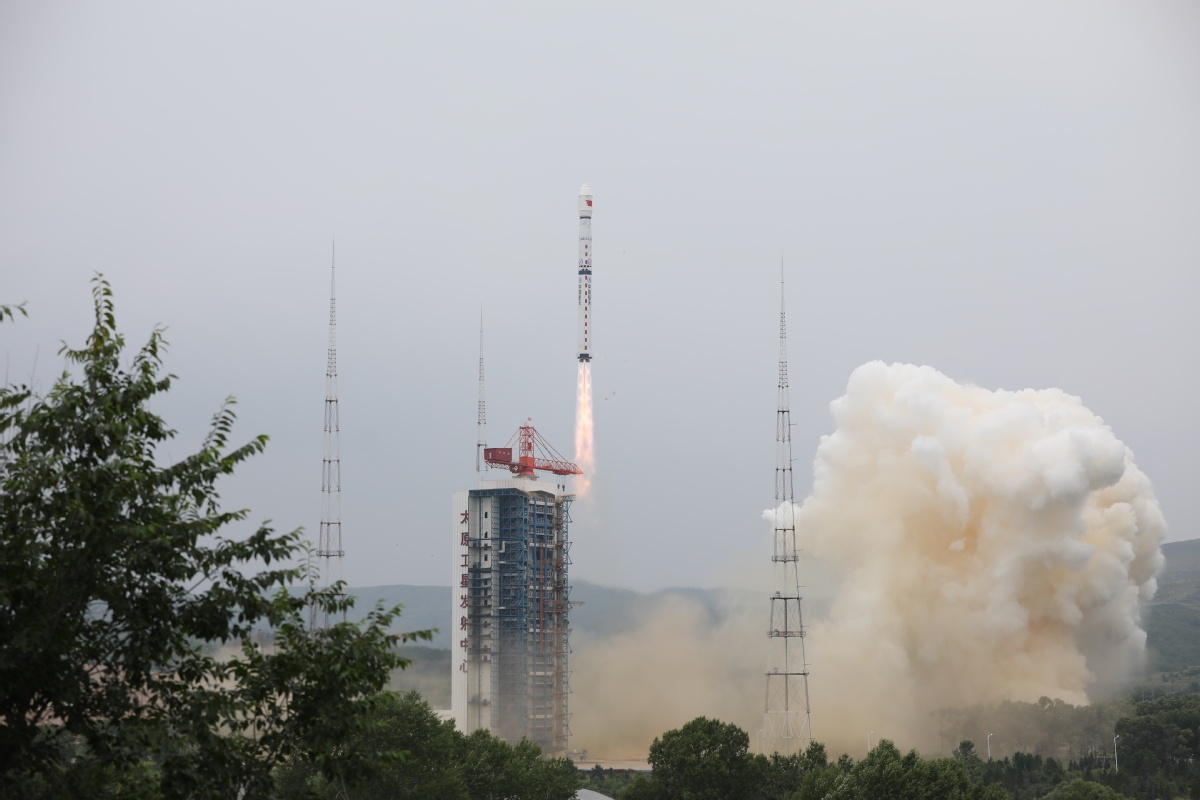 According to the academy's Aerospace Information Research Institute which is in charge of the ground stations, the Miyun Ground Station in Beijing first tracked and received the downlink data on Sunday. Later the same day, the Kashgar Ground Station in northwest China's Xinjiang Uygur autonomous region also completed the satellite data reception.

As of Sunday, the ground stations have received 120 gigabytes of data, which are being processed normally, the institute said.

The newly-launched satellite will join its predecessors Ziyuan III 01 and Ziyuan III 02 to form a mapping satellite constellation to capture high-definition, 3D images and multispectral data, according to the Ministry of Natural Resources, the main user of the Ziyuan III satellites.

Since January 2012, when China launched the Ziyuan III 01, the ground stations have received 897 terabytes of data from the mapping satellites, providing a long-term and stable acquisition of China's high-resolution surveying and mapping data.