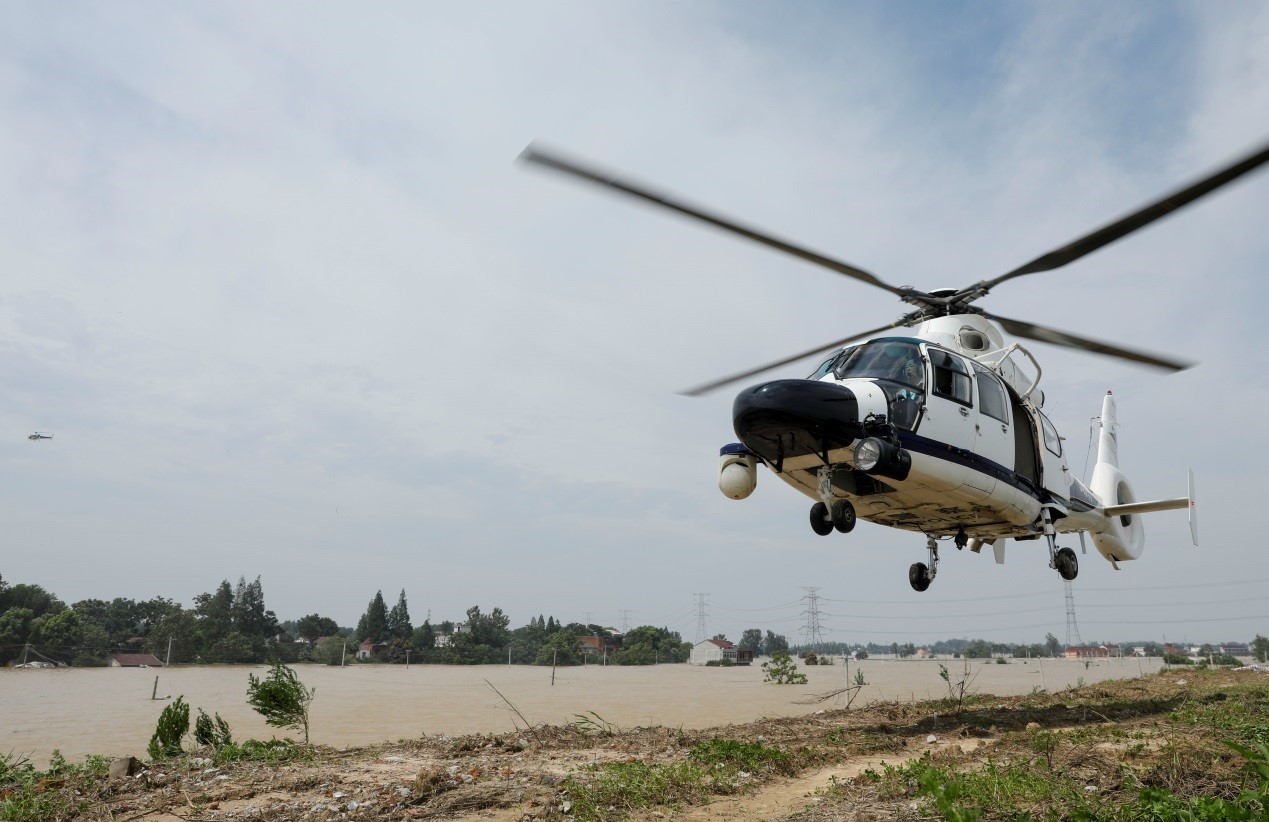 Photo shows two residents sharing with each other the supplies they received at a temporary relocation site for flood prevention in a middle school of Tangchi township, Lujiang county, Hefei, July 24. (Photo by Liu Xiaohua/People’s Daily Online) 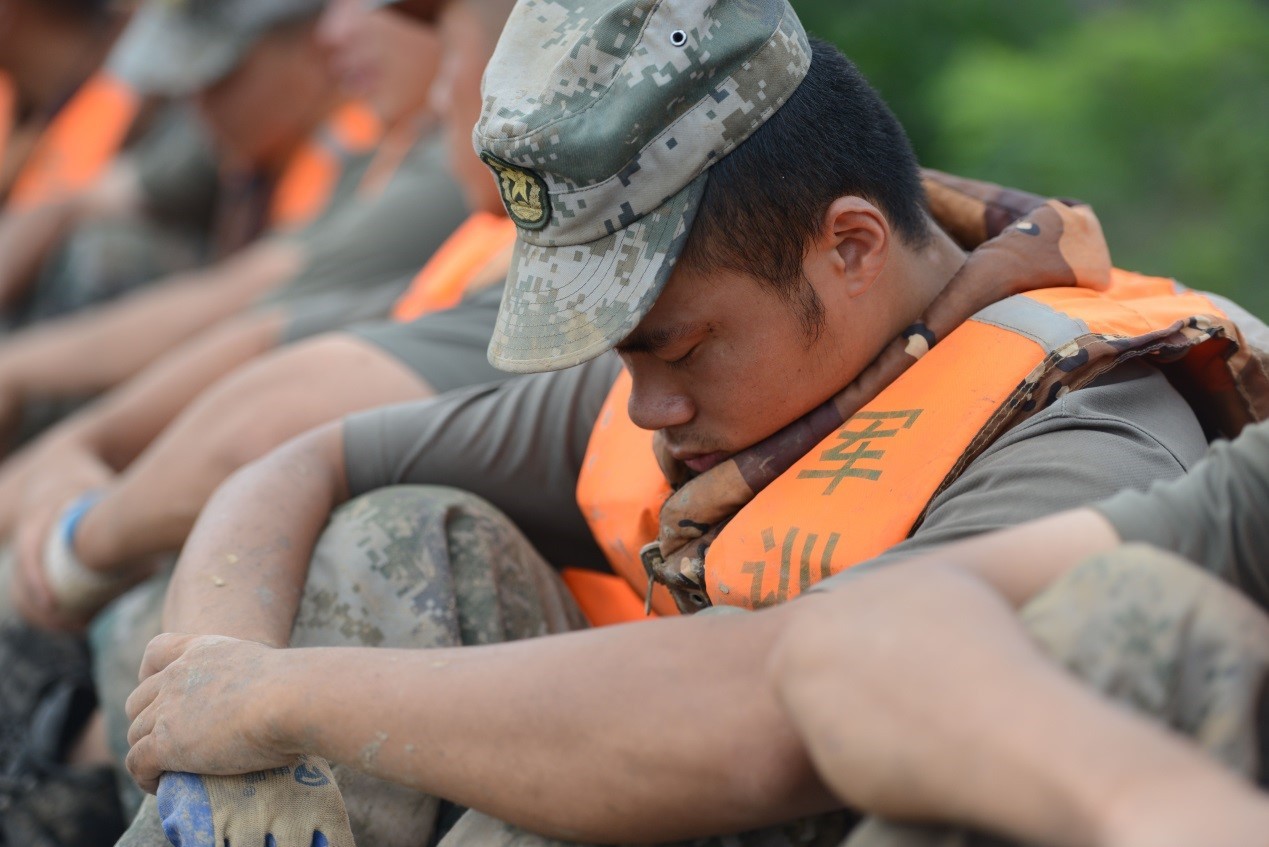 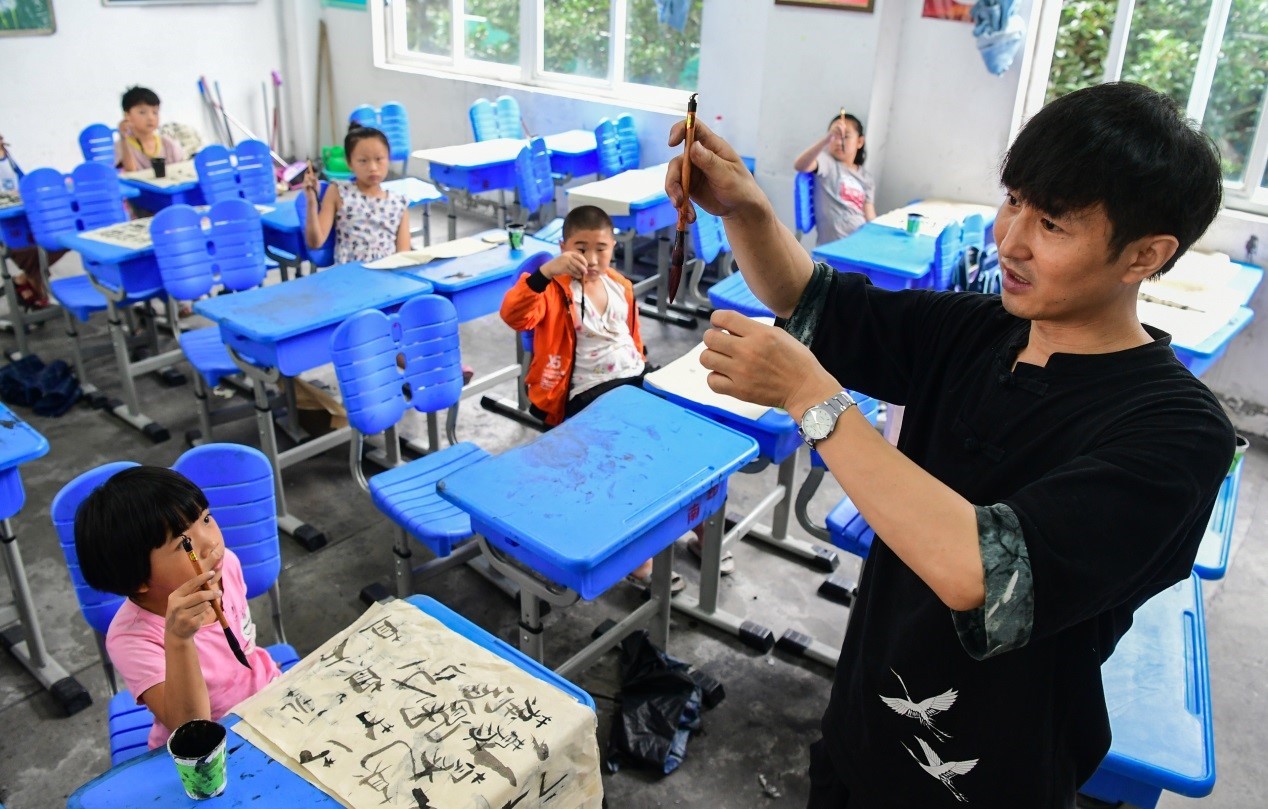 A volunteer teaches calligraphy to children at a relocation site in a normal college in Hefei, July 27. Since the water levels of the rivers in Sanhe township, Feixi county, Hefei, surpassed the safe level because of continuous heavy rainfall, more than 600 residents in Sanhe township were transferred to the relocation site. (Photo by Xu Yong/People’s Daily Online)