TOKYO, Aug. 24 (Xinhua) -- A total of 162 delegations will attend the Tokyo Paralympic Games to kick off at the Olympic Stadium Tuesday night, organizers have confirmed. 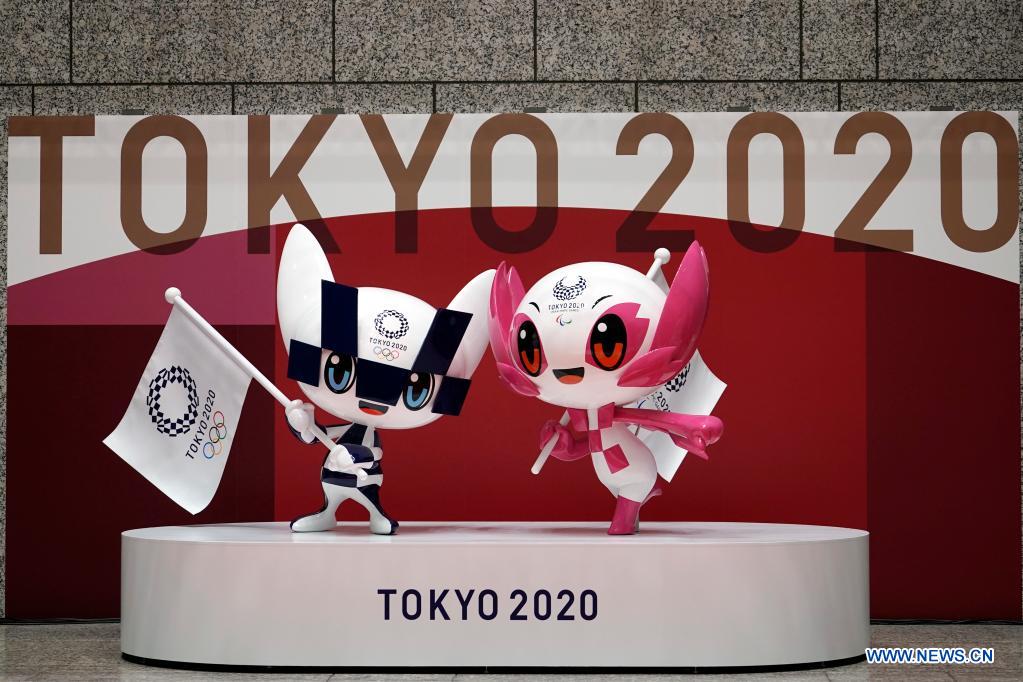 The statue of Miraitowa (L) and Someity, two mascots of the Tokyo 2020 Olympics and Paralympics, is unveiled to mark 100 days before the start of the Olympic Games at the Tokyo Metropolitan Government building in Tokyo, Japan on April 14, 2021. (Eugene Hoshiko/Pool via Xinhua)

Tokyo 2020 said in a statement that the number of attending delegations will exceed Rio 2016, when 159 competed.

The Refugee Paralympic Team will compete for the second time while five nations are making their Games debut. They are Bhutan, Grenada, Maldives, Paraguay and St Vincent and the Grenadines.

The 2012 London Paralympics retains an attendance record of 164.

IPC President Andrew Parsons was overjoyed with the positive message for the Games held amid the COVID-19 pandemic.

"To have 162 NPCs compete in Tokyo makes me extremely proud," he said. "The last 18 months have been the most challenging yet for everyone involved in the Paralympic Movement.

"Major credit needs to go to NPCs for preparing their athletes. It has been an epic and exhausting challenge for everyone involved, including the IPC management team, but one that has delivered excellent results."

It was also confirmed that 21 countries and regions will be unable to compete at the Games due to travel issues and other reasons.