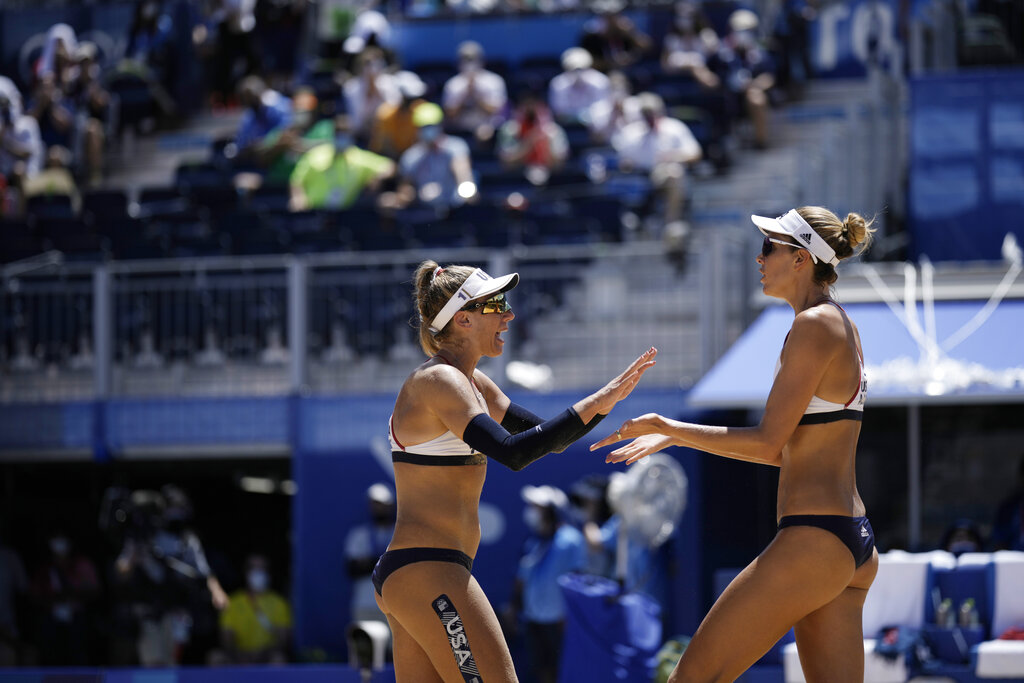 TOKYO, Aug. 6 (Xinhua) -- April Ross and Alix Klineman of the United States claimed the women's beach volleyball gold after a straight set victory at the Shiokaze Park here on Friday.

The world silver medalists fended off Mariafe Artacho/Taliqua Clancy of Australia 21-15, 21-16 to win the 30th gold for the U.S. Olympic delegation.

The victory filled Ross' collection of a full set of Olympic medals after one silver from London 2012 and a bronze from Rio 2016.

Artacho and Clancy have enough reason to be proud of their silver, as they ousted world champions Sarah Pavan/Melissa Humana-Paredes of Canada in the quarterfinals.

Anouk Verge-Depre/Joana Heidrich of Switzerland completed the podium line-up when after they defeated Tina Graudina/Anastasija Kravcenoka of Latvia 21-19, 21-15 in the bronze medal match.