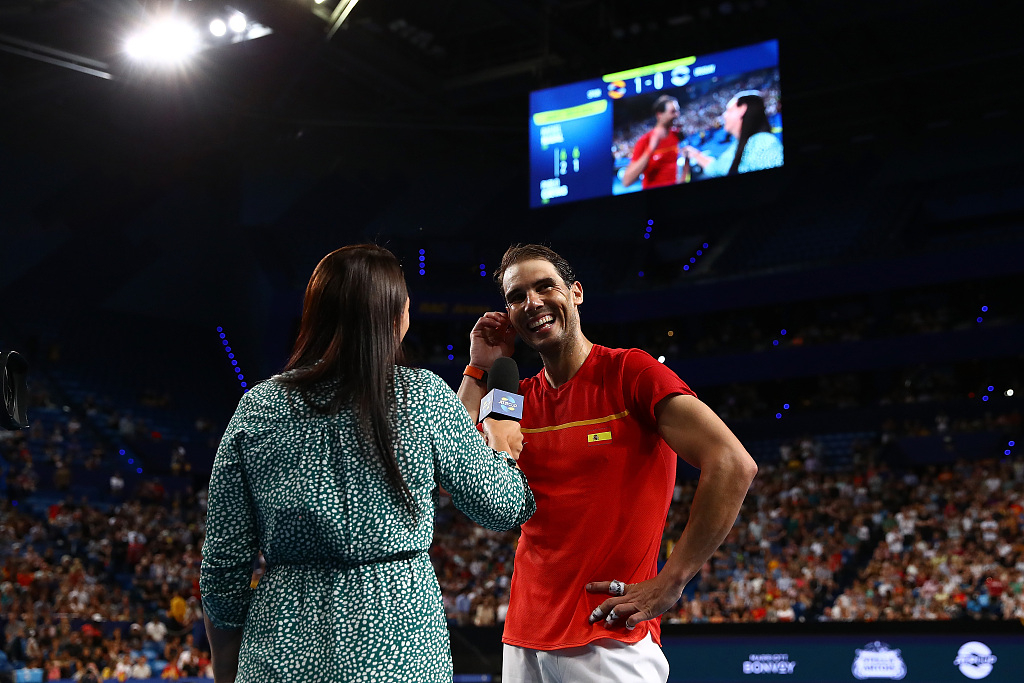 Rafael Nadal was in cruise control for Spain at the ATP Cup on Monday but Serbia's Novak Djokovic was forced to sweat through brutal conditions for his second win in a row.

The Spanish world number one swept past Uruguay's experienced Pablo Cuevas 6-2, 6-1 in just 73 minutes in Perth to ensure his country won their second consecutive tie at the inaugural 24-team event and moved closer to the quarter-finals.

"A great match. I played better than the other day. It was a very positive victory against an opponent for who I have a lot of respect," said 19-time Grand Slam winner Nadal. "I'm super happy." 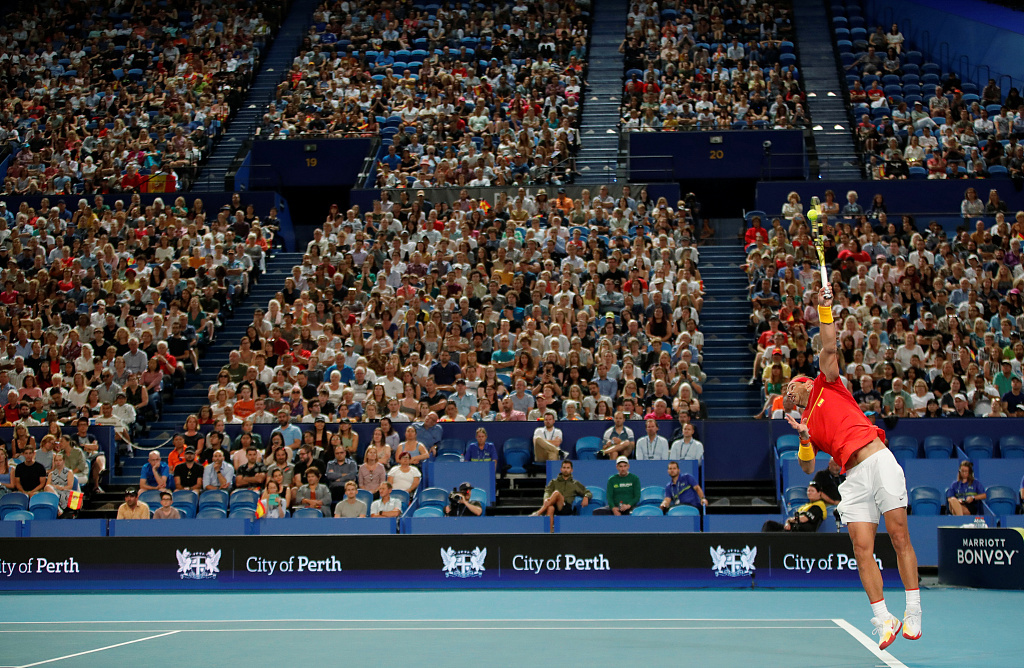 Spain's Rafael Nadal in action during his singles match against Uruguay's Pablo Cuevas at the inaugural ATP Cup in Perth, Australia, January 6, 2020.

A near-perfect Novak Djokovic won both his singles and doubles rubbers as Serbia beat France 2-1 to reach the quarter-finals of the event in Brisbane on Monday.

After Benoit Paire beat Dusan Lajovic to give France a 1-0 lead, Djokovic overpowered Gael Monfils in straight sets then teamed with Viktor Troicki to beat French pair Nicolas Mahut and Edouard Roger-Vasselin 6-3, 6-7 (5/7), 10-3 in a spirited and emotional doubles clash.

The win, combined with South Africa's earlier defeat of Chile, means Serbia are assured of topping Group A with one round remaining.

Djokovic said both he and Monfils had been affected by the humidity on Pat Rafter Arena. 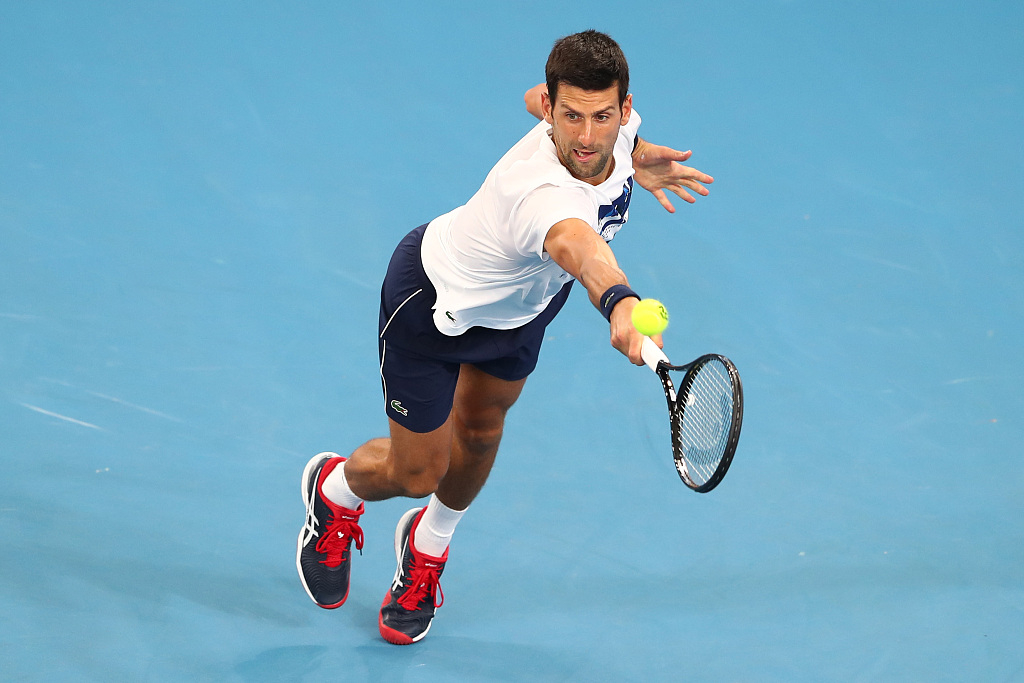 Novak Djokovic of Serbia in action during the inaugural ATP Cup in Brisbane, Australia, January 2, 2020.

"It was definitely some of the most humid conditions I've ever had in my career. I mean tonight was brutal," he said.

"Obviously playing Gael is never easy. You come into the court knowing you are going to have a lot of exchanges, a lot of rallies. He's a great fighter."

As the Frenchman began to show the effects of the humidity, Djokovic stepped up the pressure and eased to victory in 90 minutes in front of hundreds of chanting Serbian fans.

The ATP Cup is the inaugural 24-nation event that is being played in Australia's Brisbane, Perth and Sydney starting on January 3.