Bach: Tokyo Games is 'safe and secure' despite positive tests

TOKYO, July 17 (Xinhua) -- International Olympic Committee (IOC) president Thomas Bach has tried to dismiss the rising concern over anti-COVID measures for the Tokyo Olympic Games on Satuday, after 15 positive cases had been reported among the overseas arrivals related to the Games in July alone. 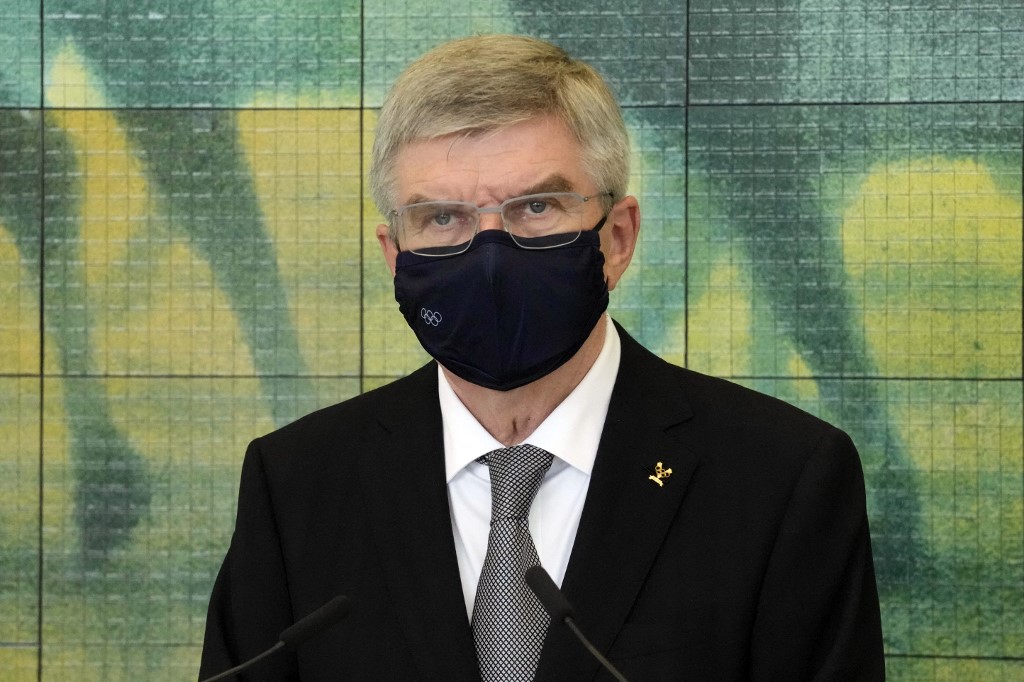 International Olympic Committee president Thomas Bach speaks at the Hiroshima Peace Memorial Museum during his visit to Hiroshima on July 16, 2021, ahead of the start of the Tokyo Olympic Games on July 23. (File photo: AFP)

Bach told a press conference that around 15,000 athletes, officials and other Olympic-and-Paralympic-related people had arrived and been tested for the coronavirus from July 1 to Friday, only 15 tested positive during the screening test.

The IOC chief noted that the cases were immediately isolated and "in this way, they would not pose any risk to other participants and Japanese public."

Reassuring the Games will be "safe and secure", Bach said: "I think this shows that the (anti-COVID) measures are not only in place, but that they are working and that they are enforced."

At an earlier press conference on Saturday, Tokyo 2020 CEO Toshiro Muto confirmed that the first positive COVID-19 case had been identified in the Athlete Village of Tokyo 2020.

The infected person, who received a negative result at the airport but tested positive during the screening test in the village Friday, is now isolated in a hotel, Muto told a press conference.

In a bid to contain the spread of the virus, the Games organizers announced on July 8 that no spectators would be allowed to enter venues situated in Tokyo and three surrounding prefectures after the Japanese capital was put under another state of emergency due to worsening COVID-19 situation.

A similar decision was made by the Fukushima prefectural government two days later for the Azuma Baseball Stadium.

To mitigate the influence of an empty stadium, Bach revealed that the IOC would initiate a digital engagement campaign that intends to encourage the audience for what he referred to as "the most followed games."

"We want to support the athletes, we don't want the athletes to feel alone in this game. We want to show them that many people are with them, they are supporting them," he said.

A live cheer map will be established in the stadium for fans worldwide to support athletes of their countries and regions.

Olympic followers can also produce a six-second video selfie, which will be shown in the stadium and provided to broadcasters.

As for the athletes, an immersive sound system will enable them to be surrounded by the sound created from previous Games related to their specific events, and some of them will be lucky enough to have an "Athletes' Moment," during which they can communicate with family and friends, according to Bach.