OLYMPICS Beijing 2022 to use woolen bouquets for green Olympics

Beijing 2022 to use woolen bouquets for green Olympics 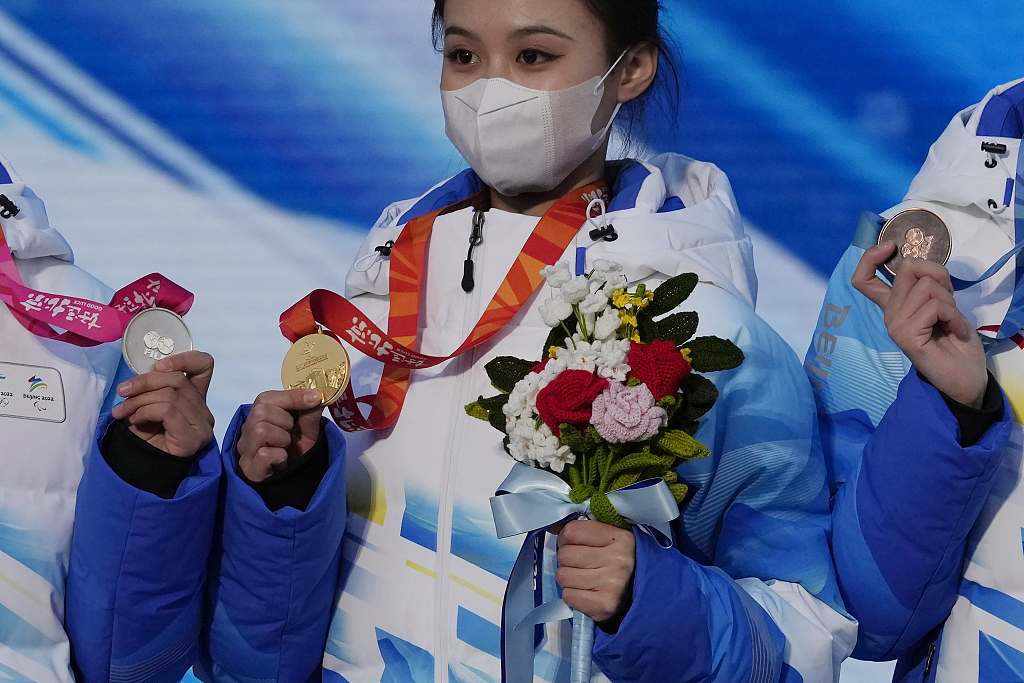 Staff members hold medals and woolen bouquets as they rehearse an award ceremony at the Beijing Medals Plaza of the Winter Olympics in Beijing, China, January 3, 2022. (Photo: CFP)

The bouquets for the Beijing 2022 Winter Olympic Games awards ceremonies will be different from previous Olympics as they are made of wools.

According to the Beijing 2022 organizing committee, wool bouquets will never wither and have the characteristic of low-carbon, which reflects the concept of a "green Olympics." 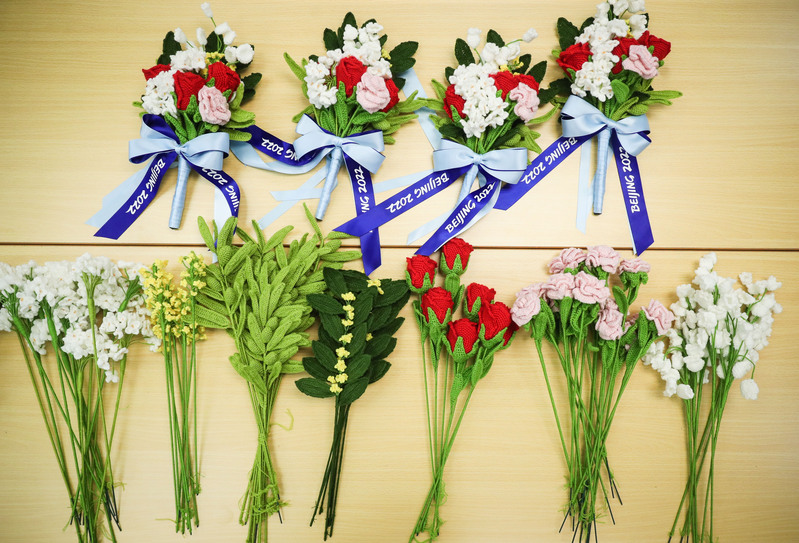 A view of the seven different woolen flowers for the Olympic bouquet, including roses, lilies, osmanthus and green olives. (Photo: Shanghai Observer)

Li Meili, an inheritor of a traditional Shanghai wool-knitting technique, still can remember the exciting moment in October 2021, when she learned the wool bouquet was chosen as the final plan for the award ceremony of the Olympic Games.

"At that time, I felt my dream had come true. Our design scheme had been reviewed by the organizing committee for more than four months. I once thought it was hopeless," said the 70-year-old Shanghai resident.

Li began to learn the knitting technique in her fifties after retirement. The wool flowers she knitted once served the fourth China International Import Expo (CIIE) and the 10th China Flower Expo, receiving a warm welcome from the visitors.

Li is quite familiar with all the kinds of flowers in the bouquet, but she has decided to be stricter with herself to meet the Olympic standards. "I chose thin wool. Though the speed of knitting will be slower, the bouquets will look more exquisite," she said. 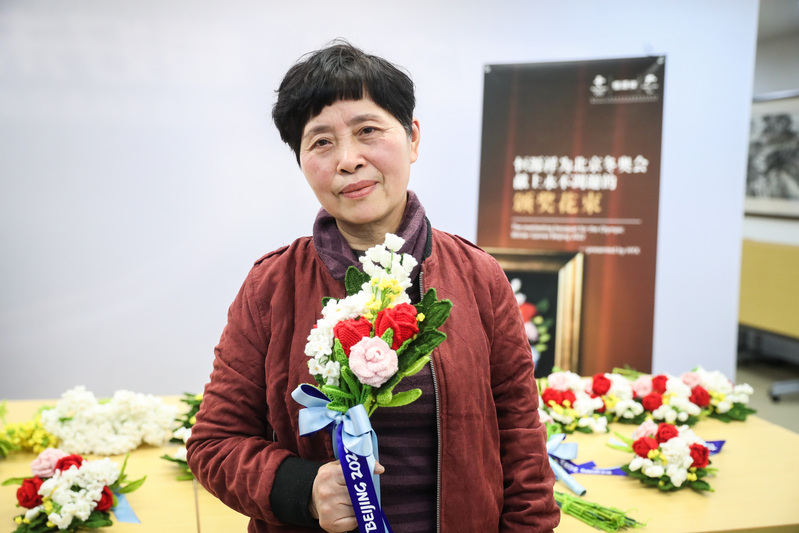 A total of 1,251 bouquets are needed for the awards ceremonies of the Beijing Winter Olympics and Paralympics. Each flower was handmade, which requires plenty of time and manpower.

"It takes 20 minutes to weave a rose petal. A rose consists of ten petals, three leaves and one stem. A weaver needs to spend at least five hours on one rose," said Li. "Therefore, to complete making a bouquet will require 35 hours. All the bouquets will take nearly 50,000 hours to finish knitting." 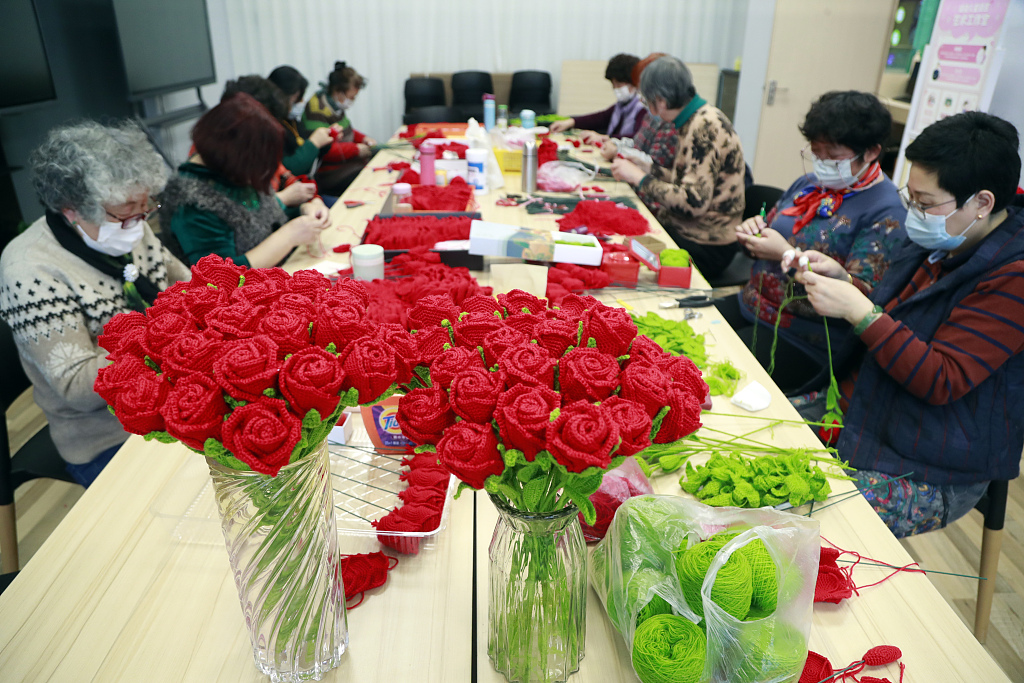 The Hengyuanxiang Group, a wool manufacturer based in Shanghai and one of the official sponsors of the Beijing Winter Olympics, recruited knitting groups in Beijing, Shanghai, Tianjin, Zhejiang and Jiangsu to join in the project, and Li is responsible for personnel training, quality control and final assembly of the bouquets.

To ensure the consistency of the bouquets, each knitting group is only in charge of one or two kinds of flowers. "The original bouquet was thinner. I filled the redundant 'branches' into it to make it touch more comfortable," she said.