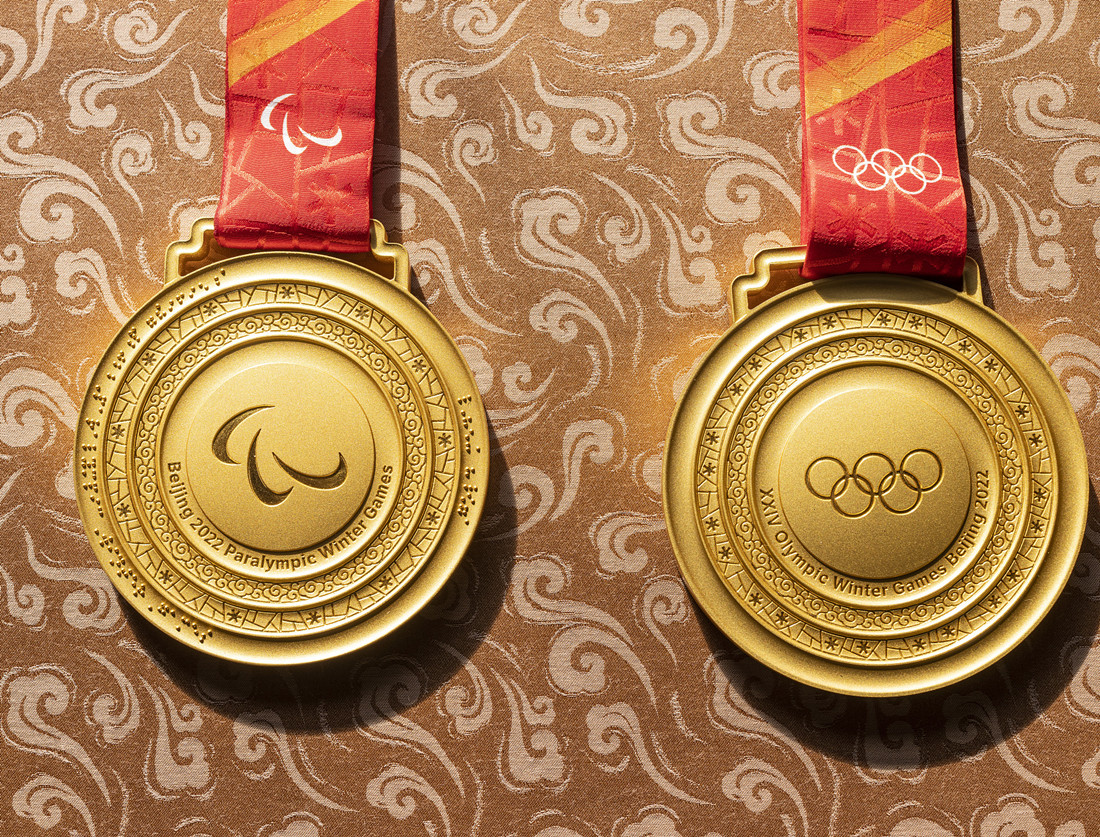 Named "Tongxin", the medals were designed and inspired by Chinese ancient jade concentric circle pendants. Five rings which symbolize the Olympic essence, circle around the center, conveying the message that the Chinese culture emphasizes harmony between heaven and earth, and unity of people.

The five Olympic rings and the words "XXIV Olympic Winter Games Beijing 2022" are engraved in the center of the medals, surrounded by ice, snow and cloud patterns.

According to Liu Ke, chairman of Shanghai Minting Corporation, each medal has undergone 18 production processes and 20 quality inspections before the final check.

The medals will follow the athletes and spread around the world to show the Chinese spirit and tell the Chinese stories, said Chen Ning, head of culture and ceremonies department of Beijing 2022 Winter Olympics Organizing Committee.

The Beijing 2022 Winter Olympics will take place from February 4 to 20, followed by the Paralympic Games from March 4 to 13.