LONDON, Aug. 12 (Xinhua) -- British sprinter Chijindu Ujah who won the men's 4x100m relay silver medal at the Tokyo Olympic Games, has been suspended provisionally due to a positive test during the Games. 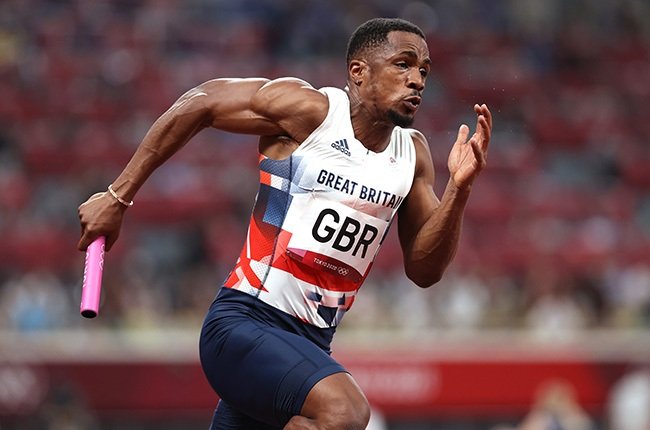 The Athletics Integrity Unit (AIU) revealed on Thursday that following the conclusion of the Tokyo Olympic Games, the doping control laboratory in Tokyo notified the the International Testing Agency (ITA) that Ujah's test showed the "presence/use of a prohibited substance (Ostarine and S-23)".

The 27-year-old Ujah ran the first leg for the British team which finished second after champions Italy in a margin of 0.01 second.

The sample was collected by the ITA under during an in-competition anti-doping control on Aug. 6 in Tokyo, following the final of the men's 4 x 100m relay final. The result was reported by the WADA-accredited laboratory of Tokyo on Aug. 8.

"If requested by the athlete and if the B-sample analysis confirms the AAF, or alternatively if the athlete does not wish to have the B-sample analysis undertaken, the case will be referred to the Anti-Doping Division of the Court of Arbitration for Sport (CAS ADD) for adjudication under the IOC Anti-Doping Rules applicable to the Olympic Games Tokyo 2020 (IOC ADR)," said the ITA.

Italy took the gold medal of the men's 4x100m while Canada bagged a bronze on Aug. 6. China came fourth.