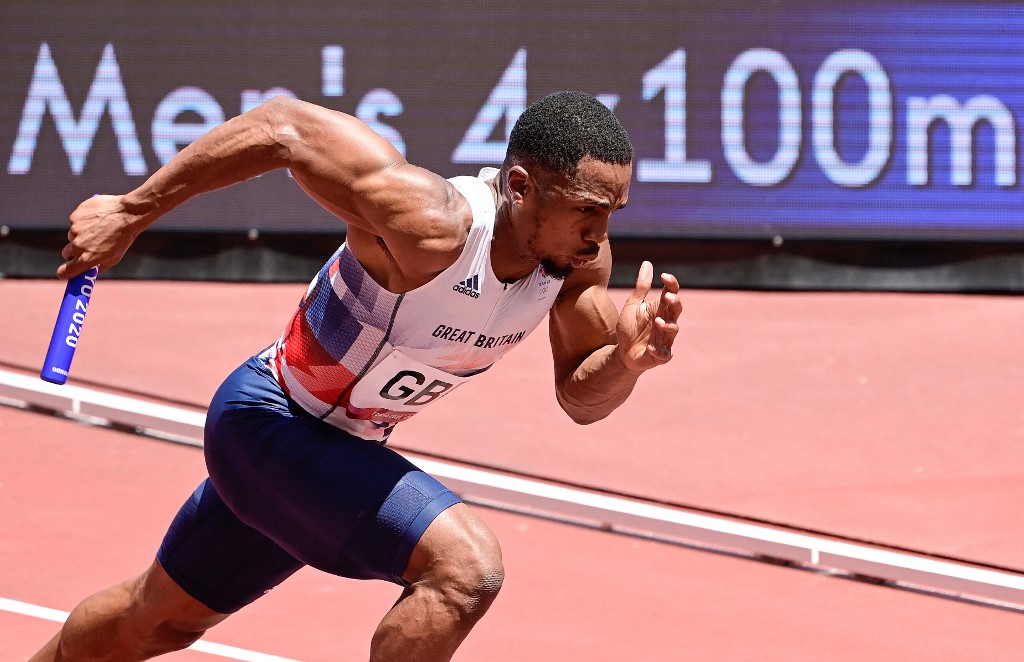 In this file photo taken on August 5, 2021 Britain's Chijindu Ujah competes in the men's 4x100m relay heats during the Tokyo 2020 Olympic Games at the Olympic Stadium in Tokyo1. (Photo: AFP)

ITA, responsible for the anti-doping tests at the Olympic Games, reported on Tuesday that the B-sample analysis of Ujah "confirms the initial A-sample result" and it has referred the case to the Court of Arbitration for Sport Anti-Doping Division.

Ujah, 27, has already been suspended after his A sample showed the "presence/use of a prohibited substance (Ostarine and S-23)". The sample was collected by the ITA under during an in-competition anti-doping control on Aug. 6 in Tokyo, following the final of the men's 4x100m relay final at the Olympic Games.

Ujah ran the first leg for the British 4x100m relay team which finished second after champions Italy in a margin of 0.01 second. Canada bagged a bronze on Aug. 6 and China came fourth.

Ujah made a statement last month insisting that "I am not a cheat and I have never and would never knowingly take a banned substance".