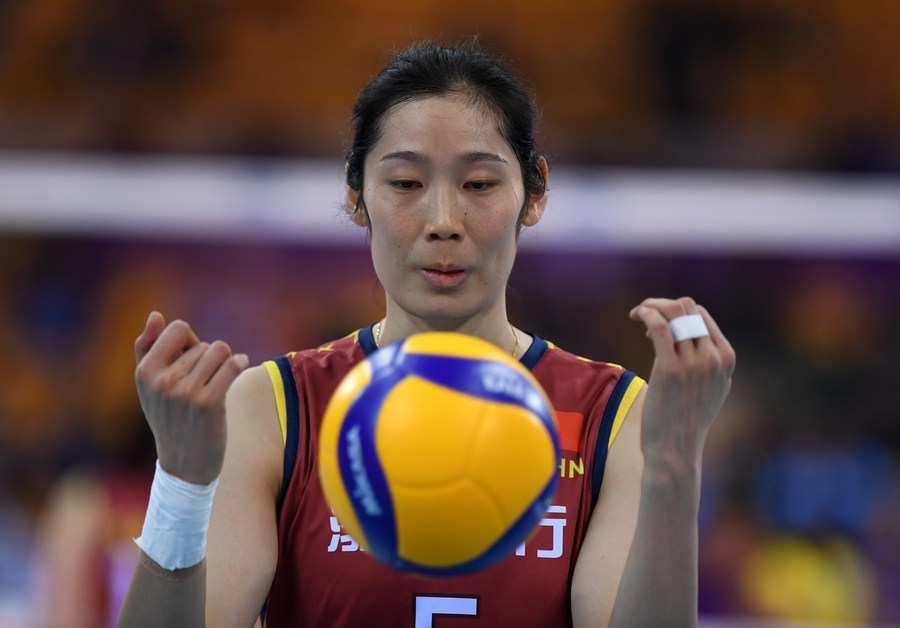 Zhu Ting, China's flag-bearer at the opening ceremony of the Tokyo Olympic Games, said that she is aiming for her team to defend the championship in the women's volleyball event.

"I really appreciate the trust from our Chinese delegation. It's a huge honor for me to be named the flag-bearer. I feel greatly motivated by it," she added.

Having made her China debut aged 18 in 2013, Zhu's performances at the Rio Olympics propelled her into a global volleyball star and one of her country's most popular athletes.