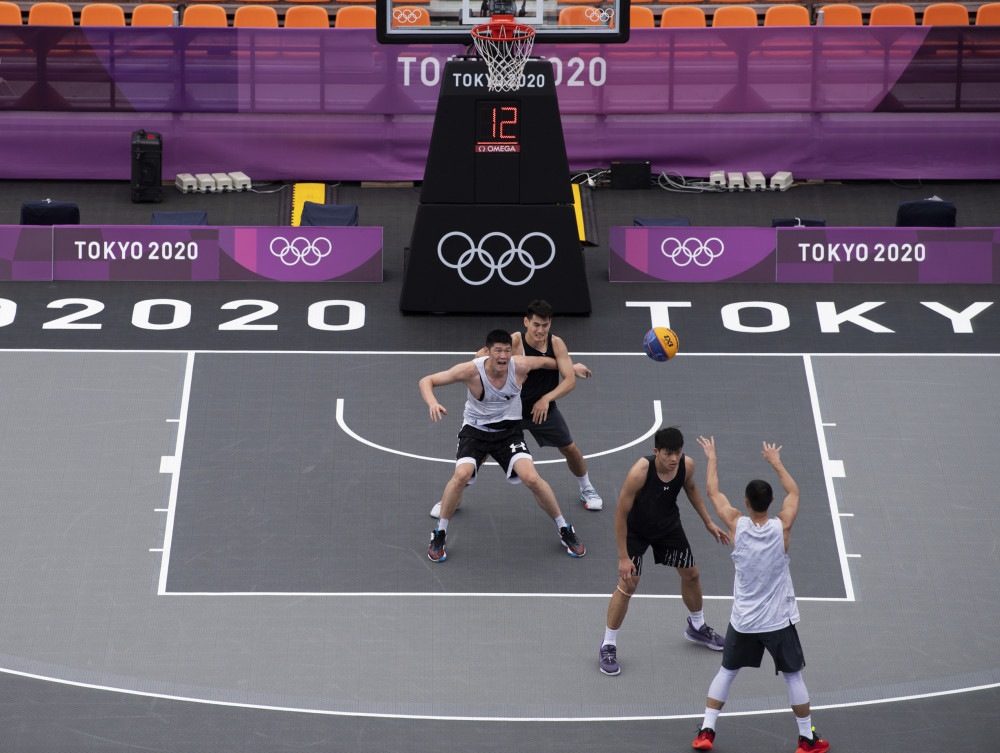 "I'm quite excited to be here and we look forward to facing off Serbia in our first game and showcasing our style of play," Hu Jinqiu told Xinhua here on Wednesday.

Apart from Hu, Li Haonan, Yan Peng and Gao Shiyan are in the Chinese squad.

After finishing their training session in the Aomi Urban Sports Park, Hu showed his appreciation for the quality court and fine weather in Tokyo, along with his excitement about the upcoming journey.

Speaking of their encounter with Serbia on July 24, Hu said they will go all out combating the world No. 1 outfit.

Hu, playing for the Zhejiang Lions in the Chinese Basketball Association (CBA) league, said 3x3 basketball is quite different from the traditional five-a-side game, especially in terms of rules.

In 3x3 games, teams must attempt a shot within 12 seconds and players have to build their own strategy as coaches are not allowed to be courtside.

"3x3 basketball is a physically demanding sport with very fast switches between offense and defense," said Hu. "Basketballers have to push to their explosiveness in 10 to 20 minutes."

Played on a half-court with one hoop, 3x3 is considered the world's No. 1 urban team sport, with non-stop music bringing an authentic urban atmosphere.

The International Olympic Committee (IOC) added 3x3 basketball to the Olympic program on June 9, 2017. 3x3 basketball will make its Olympic debut at the Tokyo Olympic Games.

The eight men's teams in Tokyo are China, Serbia, Latvia, the Netherlands, Poland, Belgium, the Russian Olympic Committee and Japan.