LONDON, April 20 (Xinhua) -- Former world number one Ding Junhui of China failed to reach the last 16 at the World Snooker Championship as he lost to Kyren Wilson 10-8 in the opening round on Thursday. 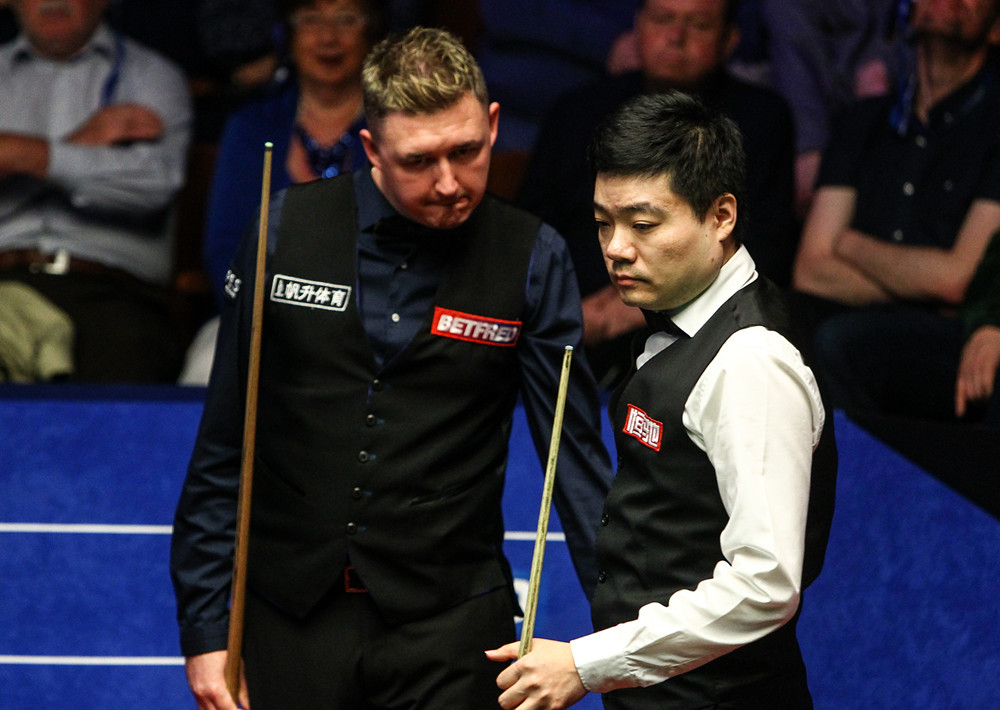 Ding, the most prolific Chinese snooker player with 14 ranking titles, suffered a setback this season as his world ranking has slipped to 29.

The 35-year-old ace managed to grab a berth in the final stages at the World Championship through qualification and took a 3-0 lead against Wilson while facing the world number five in the first round.

Wilson fought back hard to level with Ding from 3-3 to 8-8, then the 30-year-old took the following two frames to set up a clash with Stuart Bingham.

"It was awesome. I loved every minute of it," Wilson was quoted by the World Snooker Tour website. "When you're both scoring well and feeding off each other, it's going to produce good snooker. I felt like it was fast, attacking, flowing - a great match."

Ding, whose best result at the World Championship was runner-up in 2016, said he was not disappointed. "I'm going to stick with my familyo; it's easy to become a robot, doing the same things all the time. I've now got more time to be myself."

Ding's compatriots Zhao Xintong and Yan Bingtao both won the first-round matches in the year-ending tournament.

The 22-year-old Yan Bingtao will face defending champion Mark Selby in the second round while the 25-year-old Zhao is going to meet Stephen Maguire next.