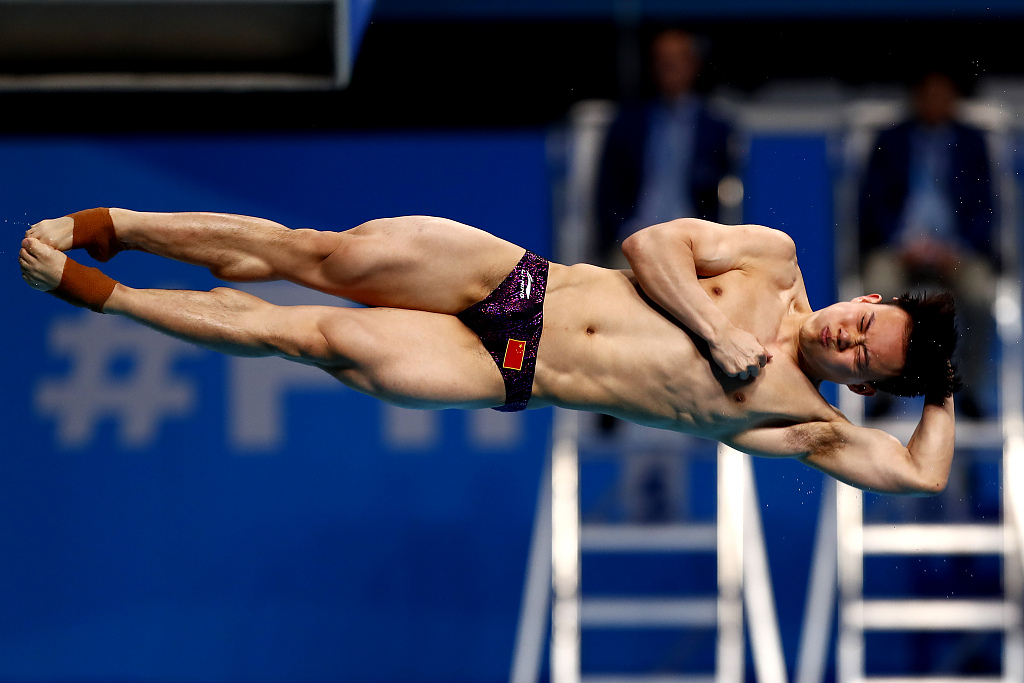 With the Tokyo Olympics delayed to next year, it gives Chinese diver Xie Siyi, who won gold in the men's three-meter springboard at the 2019 FINA World Championships, more time to recover from injuries and get into top condition for his Olympic debut.

The 24-year-old Guangdong native made his mark on the three-meter springboard by winning gold at the 2017 Budapest World Championships then defending his title two years later.

Xie has undergone two surgeries on his left foot, which caused him to miss the 2016 Rio Olympics, and his feet are bandaged while training on land and in water to avoid further injury.

Then while preparing for the Tokyo Olympics, his old waist and left foot injuries began to trouble him again after he won three gold medals in last year's Military Games.

But through hard work and determination, Xie recovered in February. He turned in a good performance in the team's testing competitions, and the postponement of the Olympics gives him more time to get back to his best.

When the 3m Springboard World Champion was asked how he prepared for his first Olympic Games, he said he thinks about how the Olympics will be before he falls asleep.

But he will only know the answers when the day comes.