China's Gao Tingyu, a bronze medalist at the PyeongChang Winter Olympics, crushed the track record of 34.265 seconds in winning the men's 500m at the ISU Speed Skating World Cup in Tomaszów Mazowiecki, Poland on Friday.

On the way to his first World Cup title, Gao gave a masterclass in the first race of Division A at 500 meters, leaving Japanese Tatsuya Shinhama and last season's champion Laurent Dubreuil from Canada behind.

"I'm very excited about my first World Cup gold," the 23-year-old said. "But the main goal this season is to make to the podium of the Beijing Olympic Winter Games." 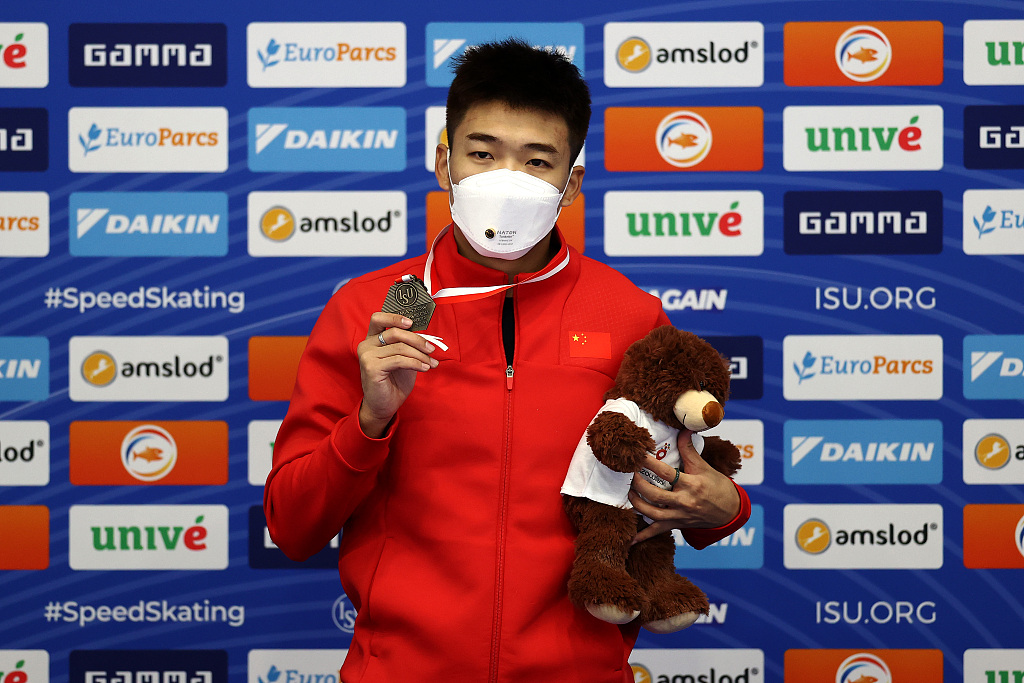 Gao Tingyu of China poses with the gold medal after the award ceremony in the 500m Men's division A of the ISU Speed Skating World Cup in Tomaszów Mazowiecki, Poland, November 12, 2021. (Photo: CFP)

It was also Gao's first competition led by new coach Li Yan, who took the role earlier this month.

Nearly 300 skaters from 35 countries and regions are taking part in the competition that inaugurated the World Cup cycle, which is part of Olympic qualifying.

The Chinese squad, now training and competing overseas for 40 days, will later travel to Norway, U.S. and Canada for World Cups to secure as many berths as possible for the Beijing Winter Olympics. 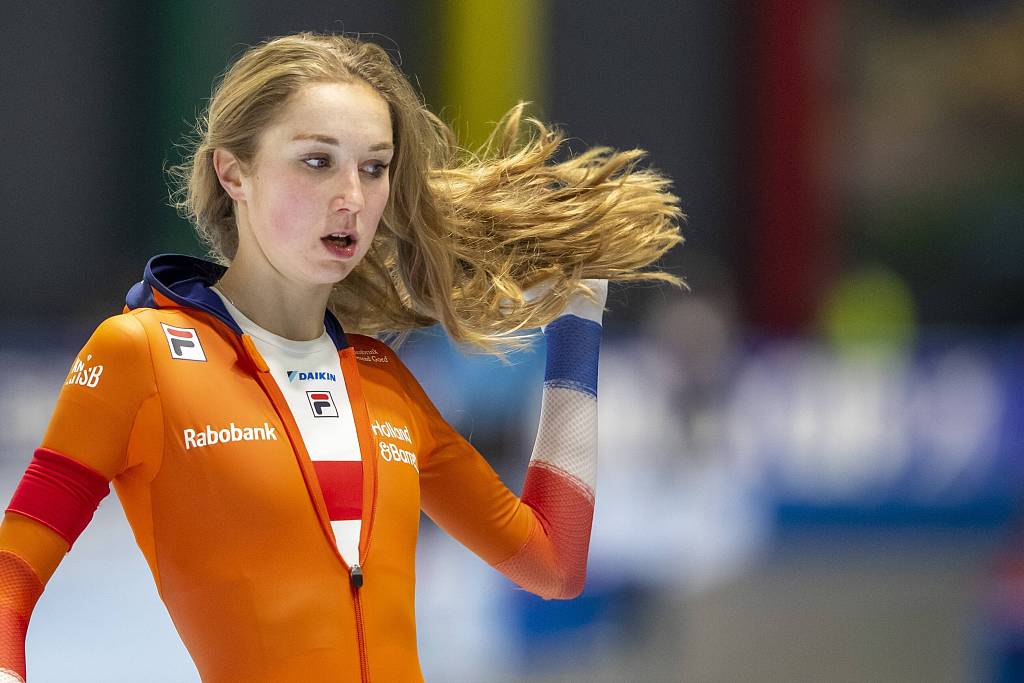 Zhang Lina earned 16 points in the general classification after she finished fifth in the women's 500m Division B. The race was won by Pole Andzelika Wojcik with Kimi Goetz of the United States second. In the 500m Women Division A, China's Jin Jingzhu was sixth, while her compatriot Tian Ruining was seventh.

Two-time world champion Irene Schouten turned out to be the best at the women's 5,000m. The Dutch set a new track record with 4:4.009. Canadian Isabelle Weidermann and Italian Francesca Lollobrigida also stood on the podium.