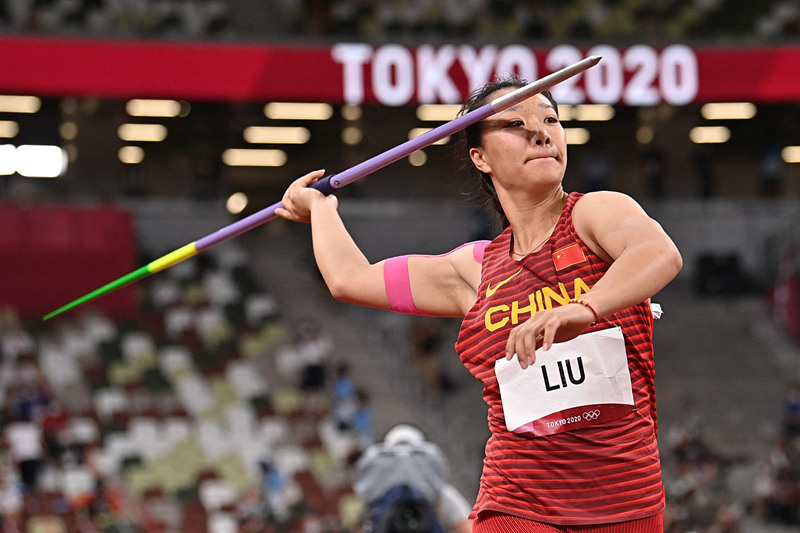 China's Liu Shiying competes in the women's javelin throw final during the Tokyo 2020 Olympic Games at the Olympic Stadium in Tokyo on August 6, 2021. (Photo: CFP)

TOKYO, Aug. 6 (Xinhua) -- Liu Shiying of China made a powerful throw of 66.34 meters at her first attempt to deliver the first women's javelin throw gold medal for China at the Tokyo Olympics here on Friday.

Liu only made two successful attempts but that was enough to secure her historic victory.