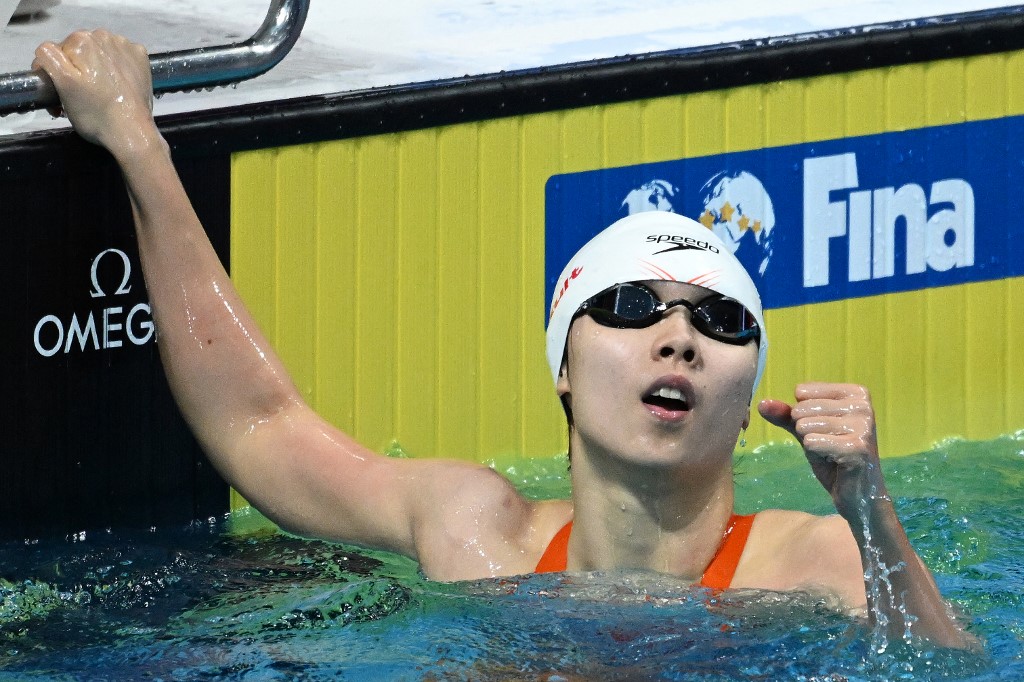 Great Britain's Freya Anderson, who topped the semifinal round, ended up fourth in 1:56.61.