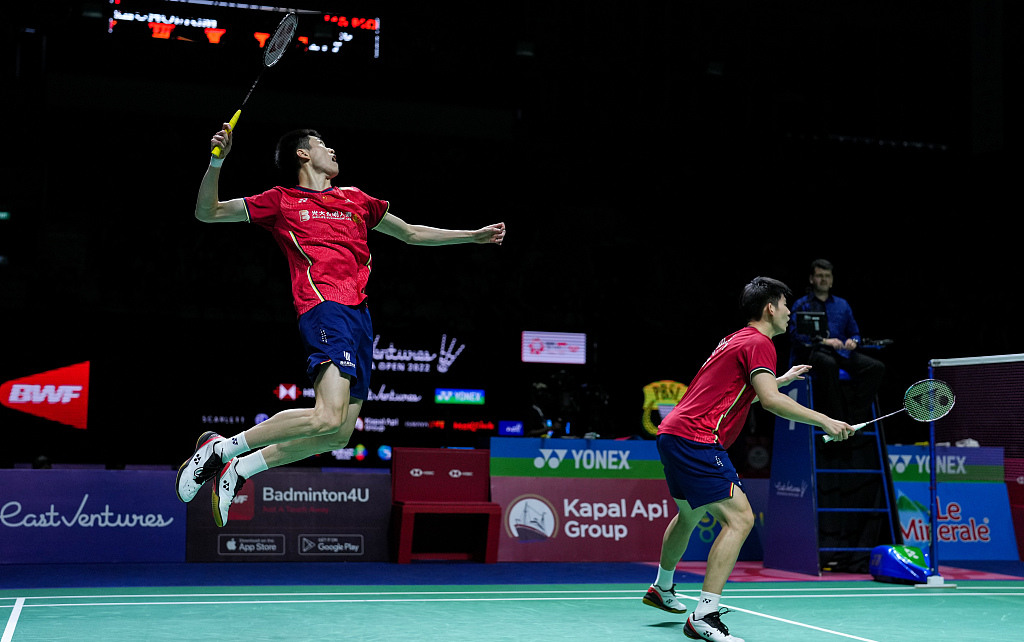 Liu Yuchen (R) and Ou Xuanyi of China compete in the Men's Double Final match against Choi Sol Gyu and Kim Won Ho of Korea on day six of the Indonesia Open at Istora Senayan on June 19, 2022 in Jakarta, Indonesia. (Photo: CFP)

Last Sunday, world No. 2 pair Zheng and Huang had taken gold at the Indonesian Masters tournament held at the same stadium. "The medals of today and last week proved that we are a good team," said Huang.