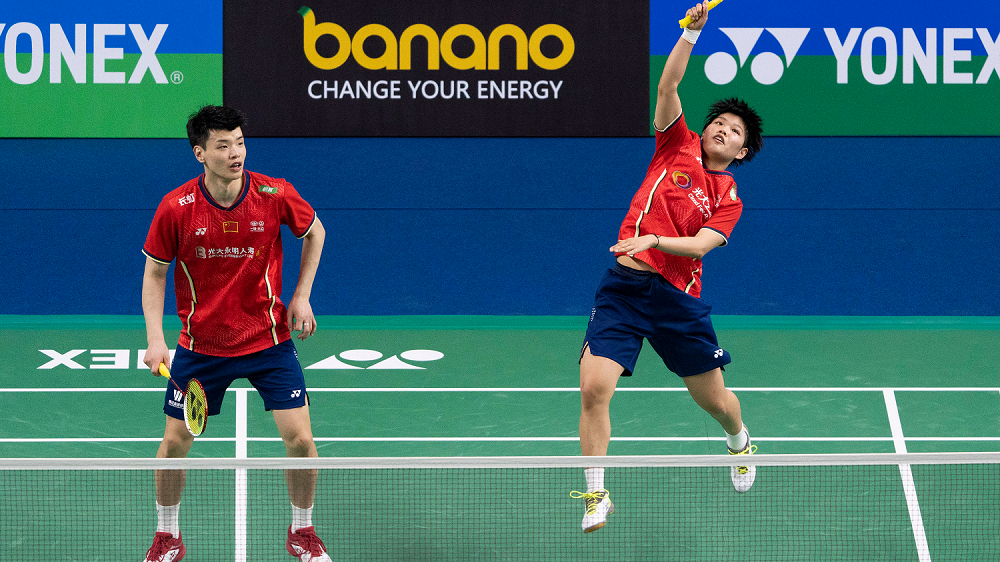 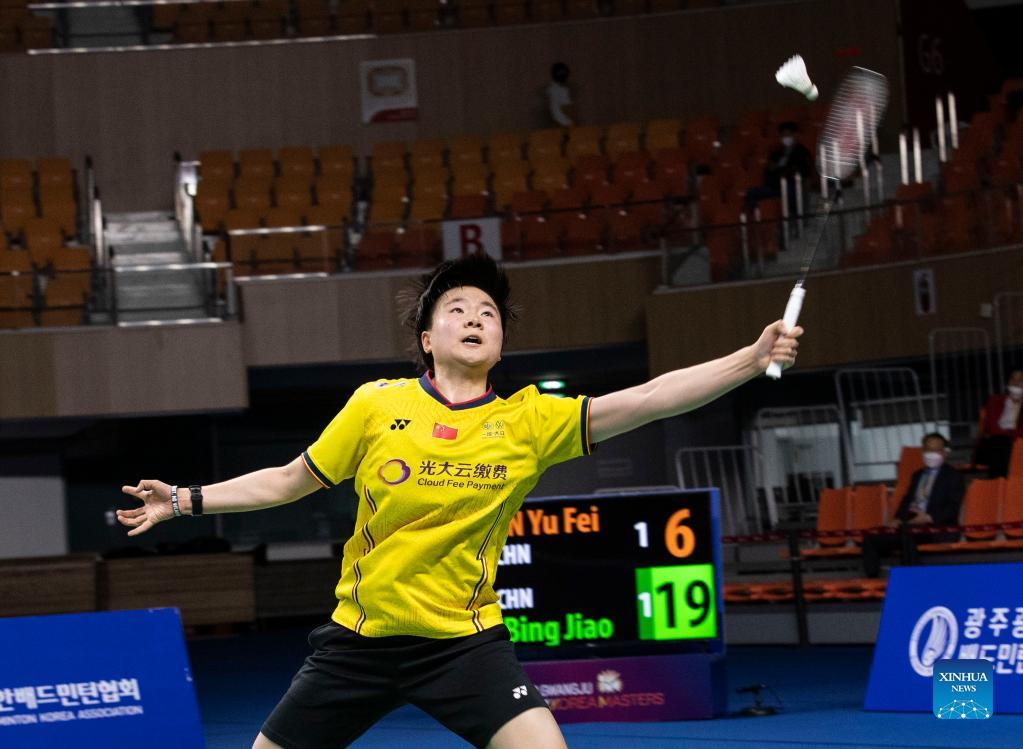 He Bingjiao of China competes during the women's singles final match against her compatriot Chen Yufei at the 2022 Gwangju Yonex Korea Masters in Gwangju, South Korea, April 17, 2022. (Photo: Xinhua)