TOKYO, July 22 (Xinhua) -- China's paddlers will focus on playing their own table tennis, rather than putting all weights on a better draw, said a Chinese coach while guiding the country's sole representatives in mixed doubles for the Olympics here on Thursday. 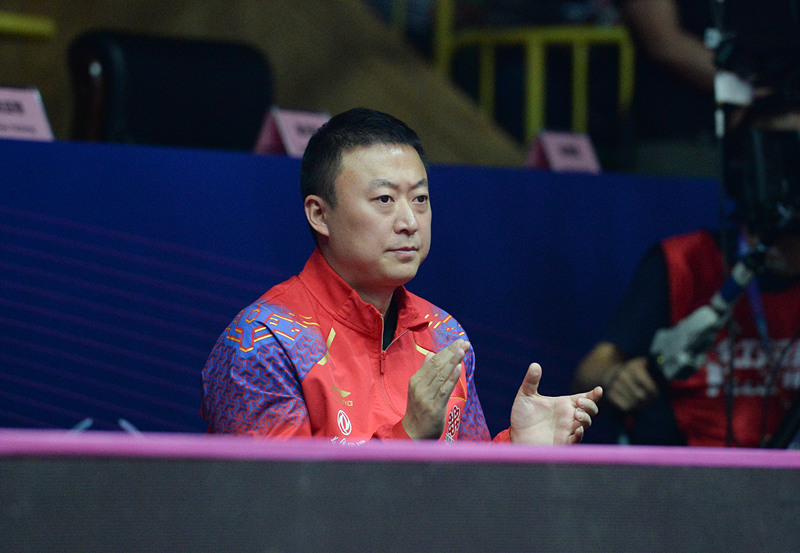 "I don't actually care about the draw, whether it's good or bad," said Ma Lin, an Olympic and world champion who claimed the men's singles gold at Beijing 2008 and turned coach after retirement.

"What really matters is how my players perform on the competitive stage, not who stands at the other end of the table," Ma added.

According to a draw made on Wednesday evening, the top-seeded mixed doubles pair will first meet Wang Zhen/Zhang Mo representing Canada in the first competition day's morning session.

Another title favorites Wong Chun Ting and Doo Hoi Kem from Hong Kong, China, have been drawn into the other end of the upper half, with Jun Mizutani/Mima Ito of Japan, Lee Sangsu/Jeon Jihee of South Korea and Lin Yun-Ju/Cheng I-Ching of Chinese Taipei all in the lower half.

"With the draw, we know who to play and how to make our preparation more specific. That's all," Ma said.

"Liu and Xu are both established players and not new to the Olympics. It's better for them to take their own paces in preparing for the upcoming Games," added the 41-year-old.