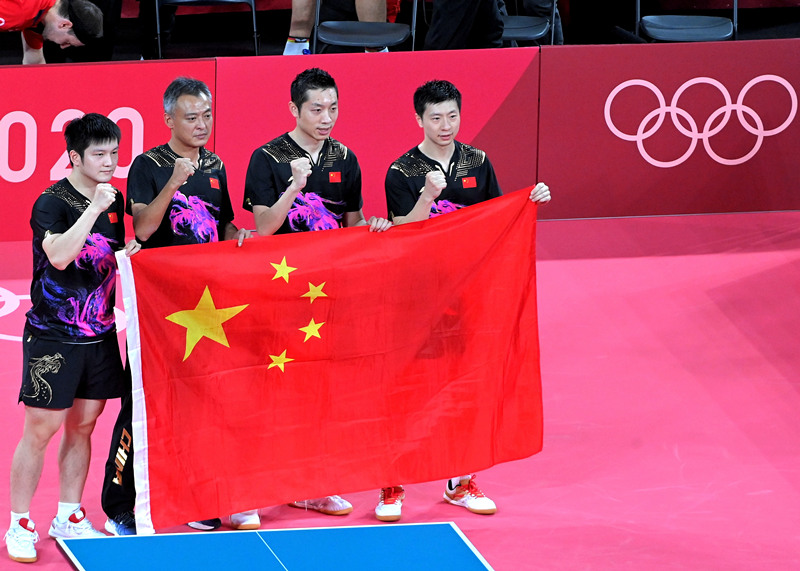 As their female counterparts had done on Friday, the Chinese men's team maintained its 100 percent win record in the event since its Olympic debut at Beijing 2008.

Ma Long, who also won the men's singles gold medal in Tokyo, paired with Xu Xin to dispatch the German duo of Patrick Franziska and Timo Boll in straight sets.

World No. 1 Fan Zhendong met great resistance before securing a full-set victory over Dimitrij Ovtcharov to move China further ahead.

Hosts Japan settled for a bronze after beating South Korea 3-1 earlier on Friday.