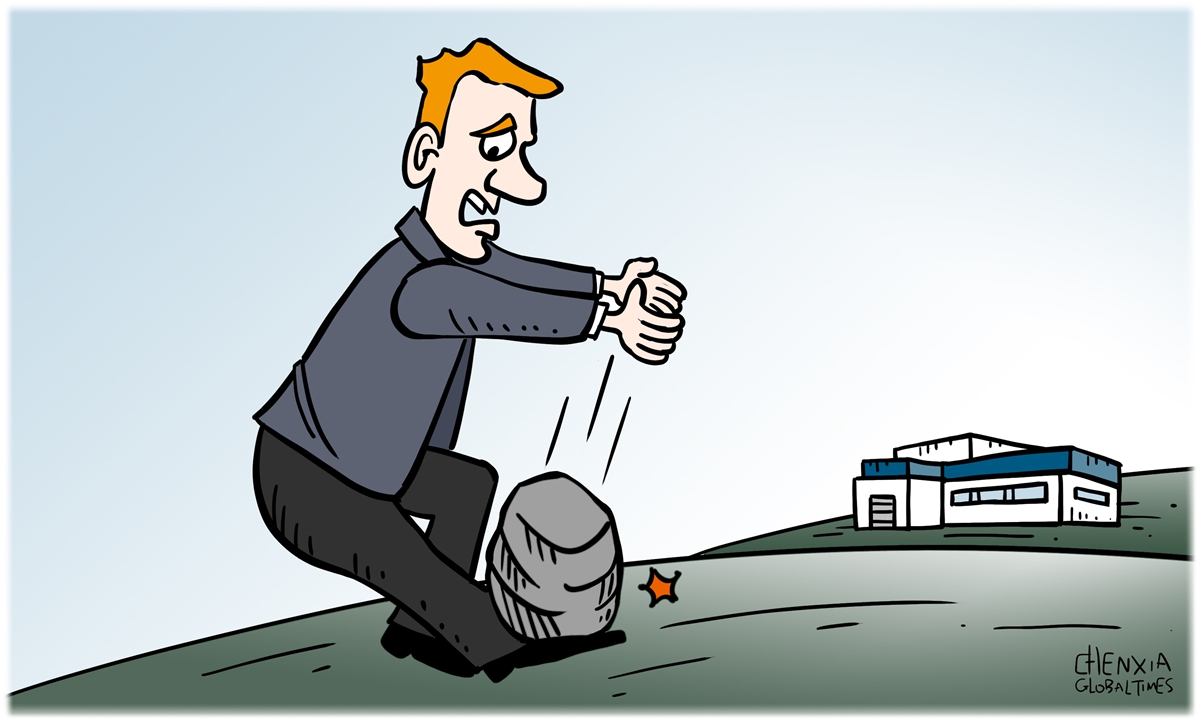 Chinese businesses have been seeing an increasingly hostile environment in Europe recently. And the adverse situation appears to be deteriorating further, as the bloc is heightening scrutiny over Chinese investments and even trying to use bilateral trade and investment ties to threaten China over the Russia-Ukraine conflict.

Last month, the Italian government annulled the sale of a drone company to Chinese investors, citing a so-called "golden power" regulations aimed at protecting strategically important assets, according to Reuters. This is just the latest example of EU countries adopting protective measures against Chinese businesses. And given the hostile trend in the EU, there could be more such cases.

However, while Chinese businesses are the target, such actions also damage Europe's business environment and shake confidence among Chinese investors. If the trend intensifies, there can be no winner at the end of the day.

Behind the EU's attitude shift is a resurgence of protectionism, as well as the US' cajolement and pressure. Since US President Joe Biden came to power at the beginning of 2021, Washington has been sparing no efforts to rope in its traditional allies into its attempt to contain China's development and maintain its hegemony across the world.

However, retreating from the EU' long-set vision of realizing strategic autonomous will by no means be a wise choice. Rational European politicians have always understood the significance of China-EU cooperation, not to mention that the two colossal economic entities have no fundamental conflict of interest.

For starters, the two have developed extremely tight trading ties. Per the recently released data by China's General Administration of Customs, the EU recorded the second-largest trading partner of China in the first quarter of the year, with bilateral trade growing 10.2 percent year-on-year to 1.31 trillion yuan. Meanwhile, China was the largest trading partner for the EU in 2021.

Besides the enormous trading volume, which impacts people from both China and the EU, many European multilaterals have deeply integrated into the Chinese economy, represented by the auto industry which has been one of the pillars supporting the European economy. As China is one leading force driving the global recovery from the COVID-19 pandemic, the Chinese market will only become more vital for European businesses.

The Business Confidence Survey 2021 released by European Chamber showed that 68 percent of EU companies in China are optimistic about their business growth.

In spite of all these mutually beneficial factors, the EU has chosen to go against the direction of enhancing cooperation. The highly expected China-EU Comprehensive Agreement on Investment (CAI) is stranded in the European Parliament pending its ratification.

According to the Doing Business in the EU report conducted by China Council for the Promotion of International Trade in January, 32.01 percent of the surveyed enterprises said that the EU's freezing of the CAI has hindered their investment plans in the bloc. In addition, 37.92 percent of respondents believe that the EU's enforcement of laws against Chinese companies is unfair, up 6.3 percentage points from the previous year.

In fact, as the report revealed, the EU's increased barriers to market access and its protectionism under the guise of human rights have violated the liberalization and non-discrimination principles under the WTO framework.

Such ill-advised policies of the EU will hurt China-EU cooperation and will inevitably backfire. China-EU relations also go beyond the bilateral scope and have global significance. Therefore, it is imperative for the EU to stop such a hostile anti-China trend and meet China half way to promote cooperation - for the sake of both economies and the global economy as a whole.