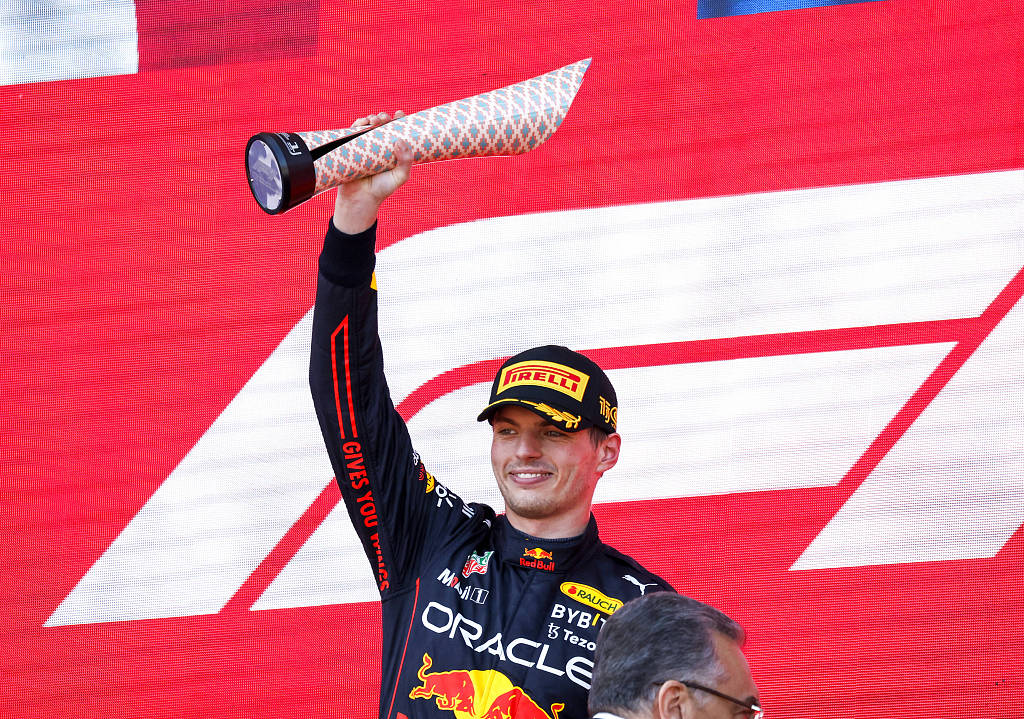 Max Verstappen rode his luck to an unchallenged first Baku win on Sunday, opening up a commanding championship lead after Ferrari's challenge imploded at the F1 Azerbaijan Grand Prix.

The Dutchman eased across the line 20.8 seconds clear of teammate Sergio Perez who, ordered not to fight Verstappen, completed a one-two for Red Bull.

George Russell kept his record of finishing every race this season in the top five with third for Mercedes.

Ferrari's miserable afternoon ended after 20 of the race's 51 laps.

Charles Leclerc, who is leading the team's challenge and had started from pole, pulled into the pits from the lead with his Ferrari spewing smoke to chalk up his second retirement from three races.

His teammate Carlos Sainz had pulled to the side of the track 10 laps earlier with a hydraulic failure.

Lewis Hamilton (R) of Mercedes is assisted from his car after complaining of pain after the race in Baku, Azerbaijan, June 12, 2022. (Photo: CFP)

Seven-time world champion Lewis Hamilton finished fourth but was nursing an aching back, the result of the porpoising, or bouncing, plaguing his Mercedes.

"I just got through that race on adrenaline, biting down on my teeth through the pain. I can't express the pain that you experience, especially on the straight here. And at the end, you're just thinking of all the people relying on you for the points," said Hamilton after the race.

"He's really bad," said Toto Wolff, head of F1 Mercedes Team. "We have just got to find a solution. At this stage I think he is maybe the worst affected from all drivers." 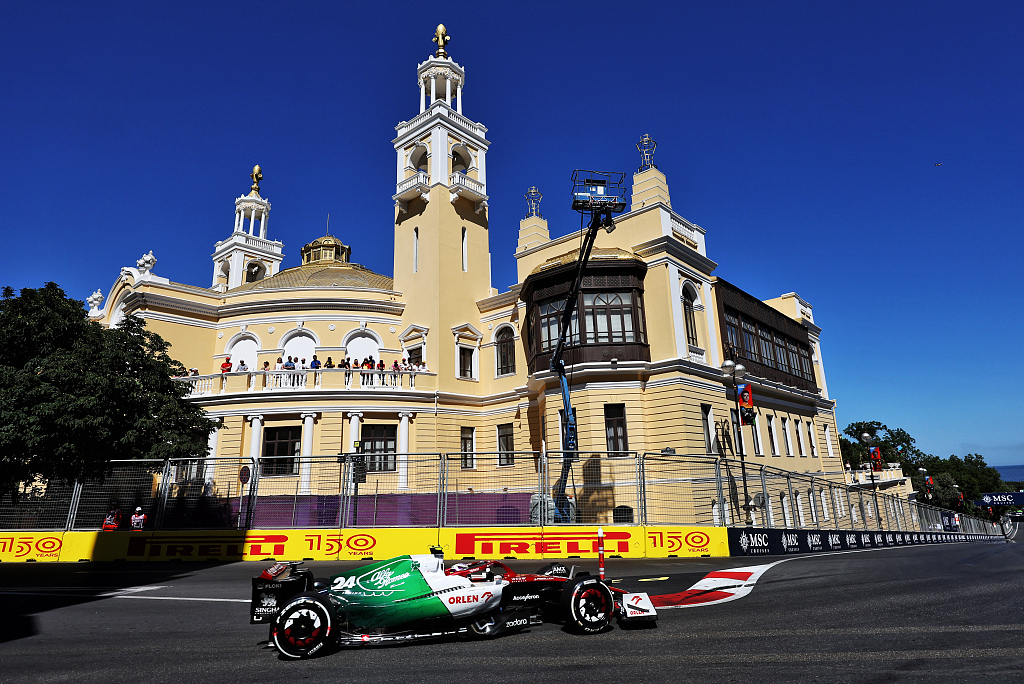 Alpha Romeo's Chinese racer Zhou Guanyu was left disappointed after being called back to the pits to retire for the third time in four races, especially given he'd looked strong in the opening stages, reported formula1.com.

"It's frustrating not to finish today, but I want to focus on the positives of my performance. Until the issue, my race had gone really well: I didn't do any mistake, I was competitive and I was running in the points. I had good pace and I know we could have brought home a good result," Zhou said. 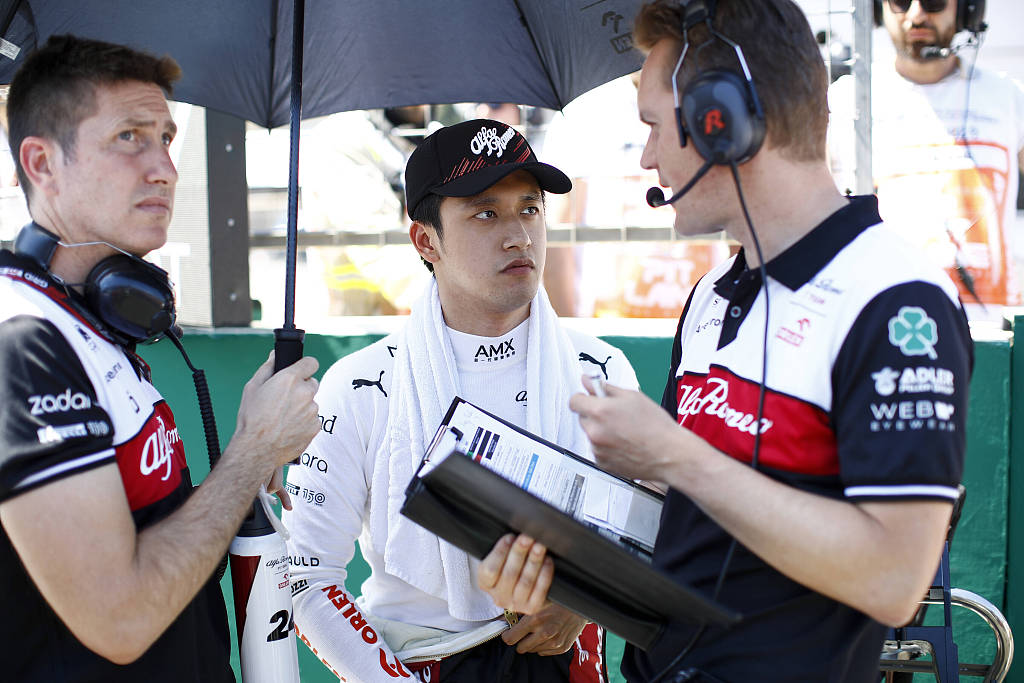 "What happened is unfortunate, but the most important now is that we, as a team, solve this issue for the future so that we stop missing out on the opportunities we have. We'll investigate what the issue is in detail and we'll make sure we do come back stronger," he added.