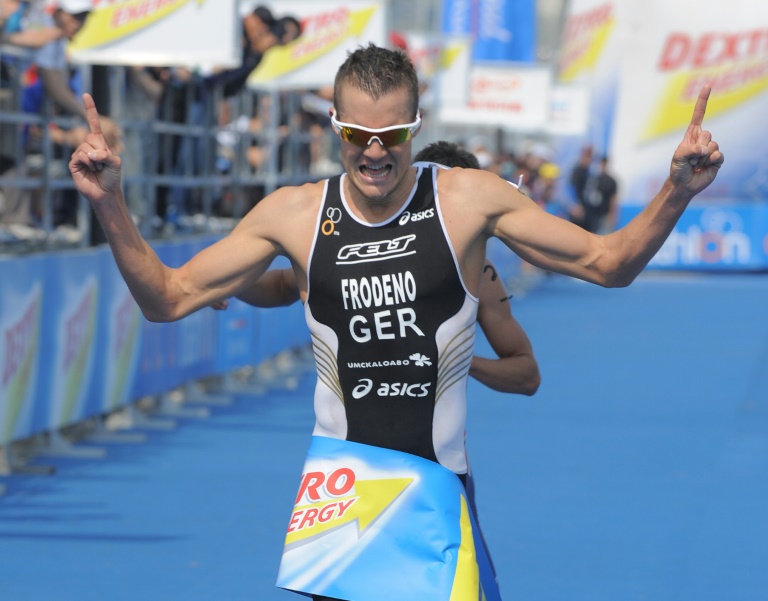 Frodeno, who was 2008 Olympic gold medallist in triathlon in Beijing, completed the course in eight hours 33min and 39sec.

His race at his home in Girona was made up of 3.8km in his counter-current swimming pool, 180km cycling on his roller trainer, and running a 42.2km marathon on a treadmill.

"That was certainly different and great fun," said the German athlete.

"I'm really pleased we were able to make this happen and to raise money for such good and important causes.

"We've been subject to lockdown for almost four weeks now and there is strict monitoring of compliance with these rules, and rightly so.

"The situation here is really dire. That's why I've been training at home. However, when I see what the people here in the hospitals are doing for us, this small sacrifice is one I wholeheartedly make."

Frodeno said part of the 200,000 euros ($218,710) raised will go to the Laureus Sport for Good project in the Spanish city of Girona where he lives.

The rest will be given to local healthcare institutions involved in fighting the coronavirus.