Shanghai resident Tang Tianyu won first place, which came with a prize of 135,000 yuan ($19,300) and a ticket to the Formula One Esports 2020 Pro Draft in London later this year. 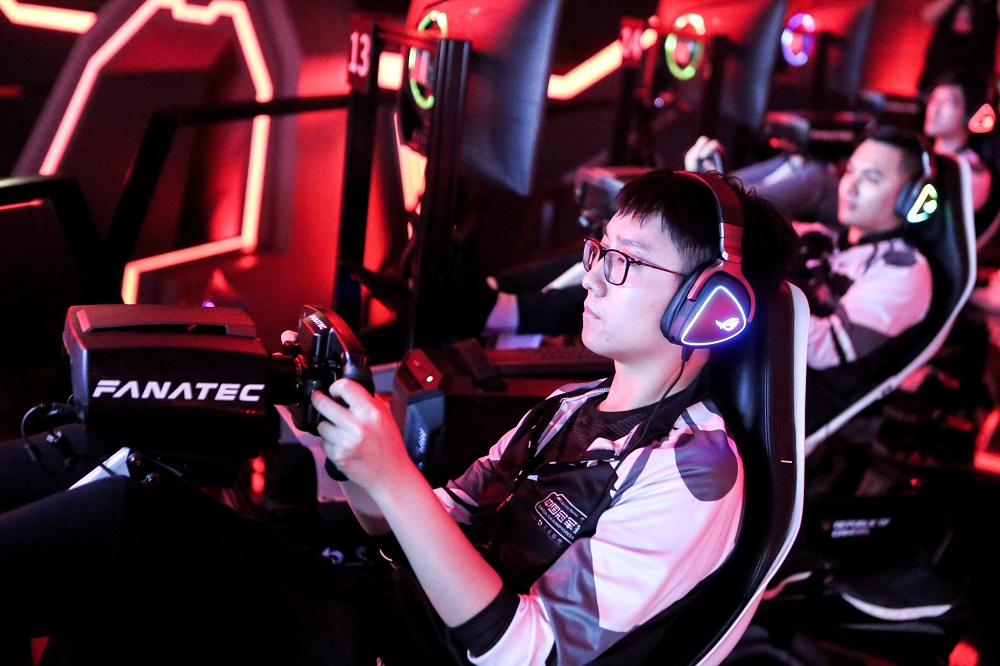 "I started playing this game on my computer in 2017 and have been practicing three to four hours every day for this championship," said Tang, a finance student at Shanghai International Studies University.

While Tang has been a Formula One fan for more than a decade — he watched the first edition of Formula One Grand Prix in China in 2004 — it was not until two years ago that he bought a simulator.

"I haven't decided whether to turn professional yet, but it's worth trying since I now have this chance — my dream is to be chosen by the Ferrari team," he said, adding that Chinese esports racers still have a long way to catch up with their western counterparts.

Guillaume Vergnas, esports manager of Renault Sport Racing, said he was impressed by the performance of Chinese players given how young Formula One esports is in China.

"We will be looking at their performances and keeping an eye on them in the draft," said Vergnas.

"Many of the racers are pretty good. This China Championship gives ordinary Chinese another way to enjoy the Formula One, and it will definitely draw more attention next year," said Zhou, who was a commentator at the esports final.

Organized by Formula One Esports Series and Shanghai Juss Sports Development (Group) Co Ltd, the Formula One Esports China Championship was launched in August 2019. More than 4,000 contestants took part in the qualifications which were held in Beijing, Shanghai, Chengdu in Sichuan province and Foshan in Guangdong province.

"The beauty about esports Formula One is that unlike other esports games, it has a lot of parallels to the real world, and all Formula One teams have their e-racing teams," said Julian Tan, head of digital business initiatives and esports at Formula One.

"This event also provides a more accessible way for people to engage in motor sports. Because people cannot jump into a Formula One car, e-racing helps us to bridge the gap."

Promoting esports is one of the strategies that Formula One is using to draw fans, and China has been identified as one of its key potential markets, according to Tan.

"We are beginning to see more and more Chinese fans embrace Formula One through e-racing," he said.

"I am confident that we will see a Chinese driver, whether in real life or in the virtual world, make it to the Formula One in the future."