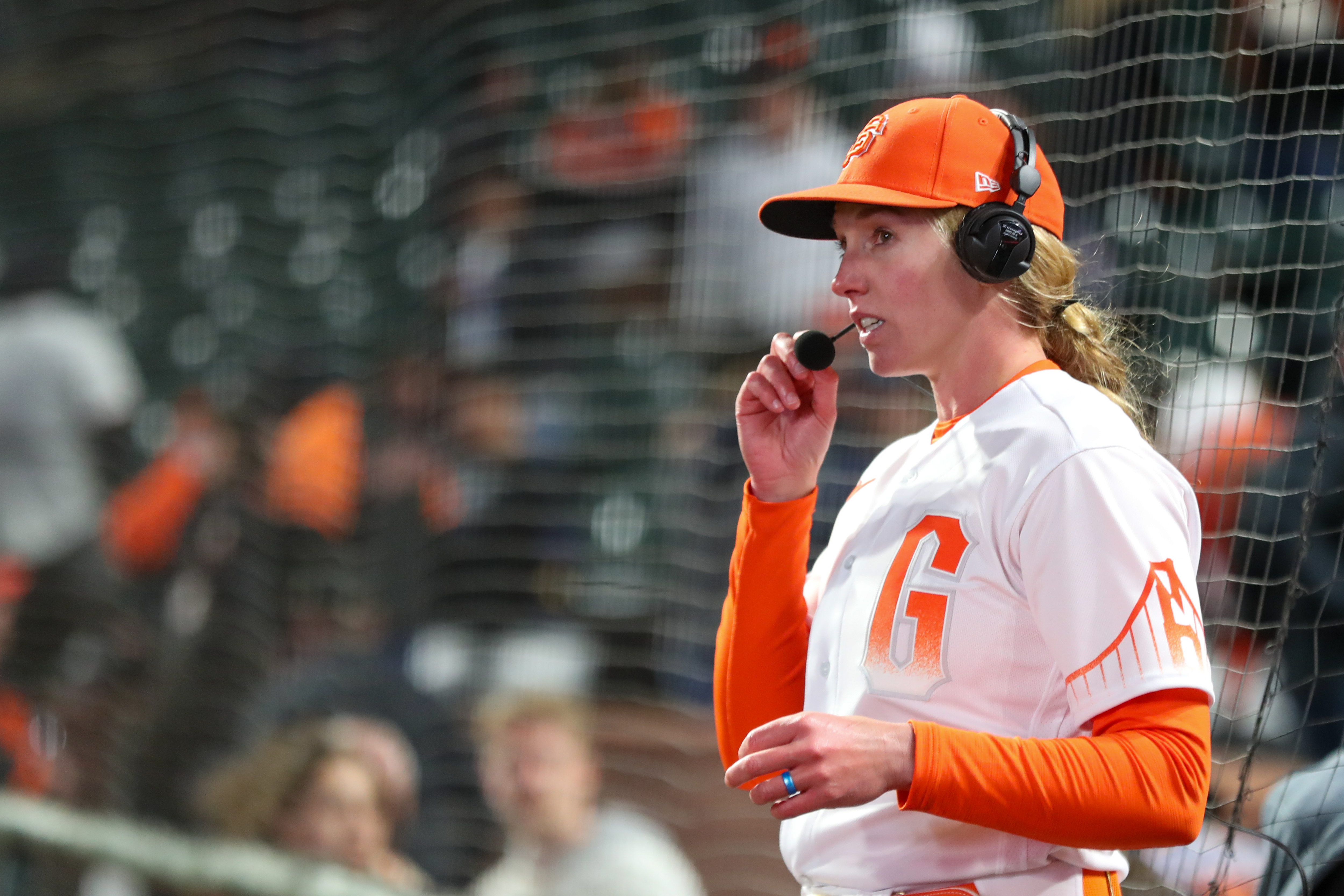 Alyssa Nakken, assistant coach of the San Francisco Giants, looks on in the game against the San Diego Padres at Oracle Park in San Francisco, California, April 12, 2022. /CFP

Alyssa Nakken of the San Francisco Giants made major league history on Tuesday by becoming the first woman to coach on the field in the 13-2 win over the San Diego Padres at Oracle Park.

As an assistant coach, Nakken's main duty was on baserunning and outfield defense, but she was announced to replace first base assistant coach Antoan Richardson. He was ejected during the third inning.

Fans at Oracle Park cheered for Nakken. Padres first baseman Eric Hosmer shook her hand to congratulate her as well.

"It's a big deal," Nakken said. "I feel a great sense of responsibility and I feel it's my job to honor those who have helped me to get where I am."

"So it's not a foreign spot on the field for her. She does so many other things well that aren't seen," Giants manager Gabe Kapler said. "So it's nice to see her kind of be right there in the spotlight and do it on the field." 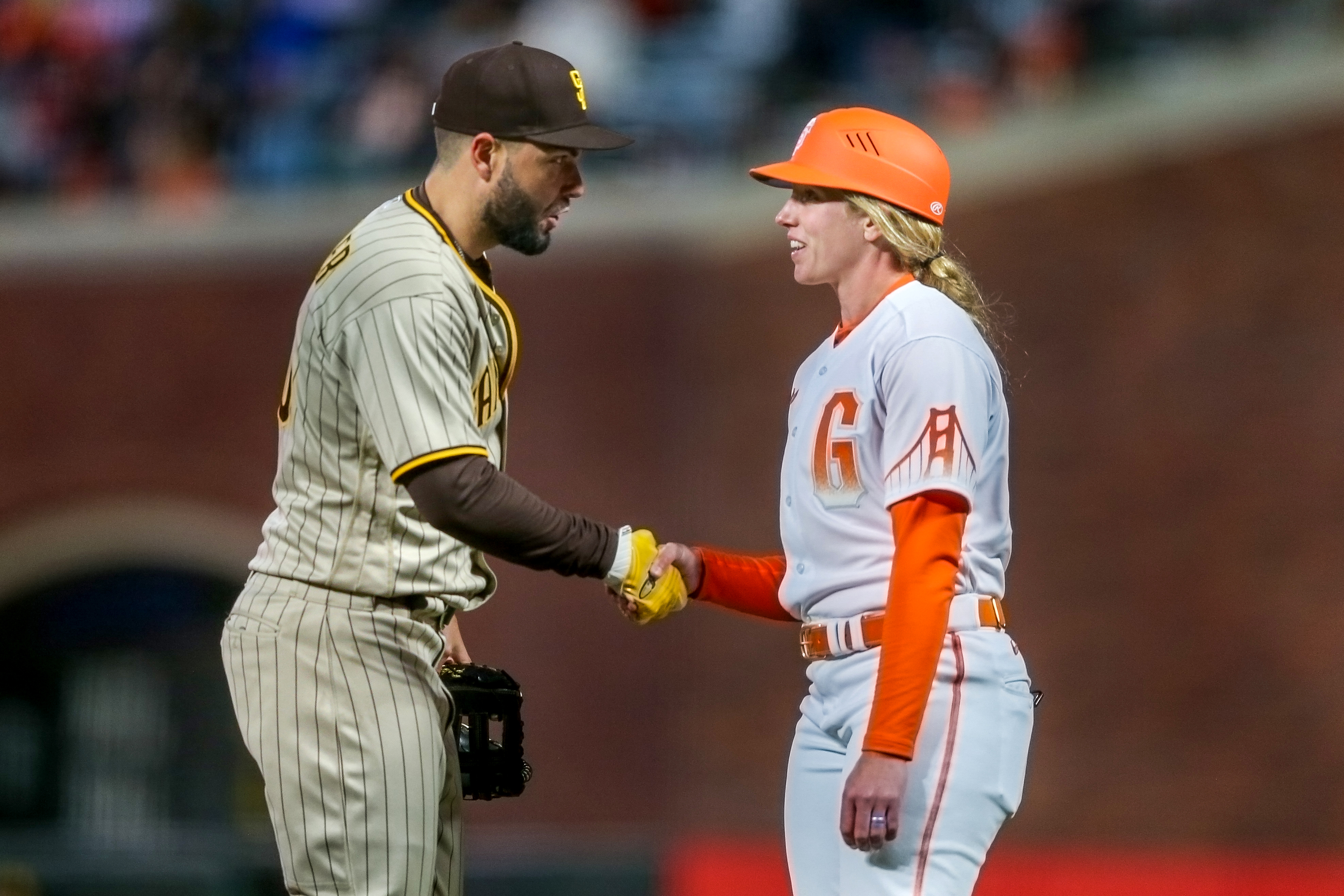 Nakken used to be a softball star for the Sacramento State Hornets. She was a three-time all-conference player at first base and four-time Academic All American. In 2014, she interned in the basketball operations department of the Giants. One year later, Nakken got her master's degree in sport management from the University of San Francisco.

In 2020, Nakken joined Kapler's staff. She coached the first base in spring training and part of the exhibition game against the Oakland Athletics in July. Bob Melvin was the manager of the Athletics back then and he is currently the skipper of the Padres.

"You feel a sense of pride to be out there," Nakken said at that time. "Me personally, it's the best place to watch a game, that's for sure."