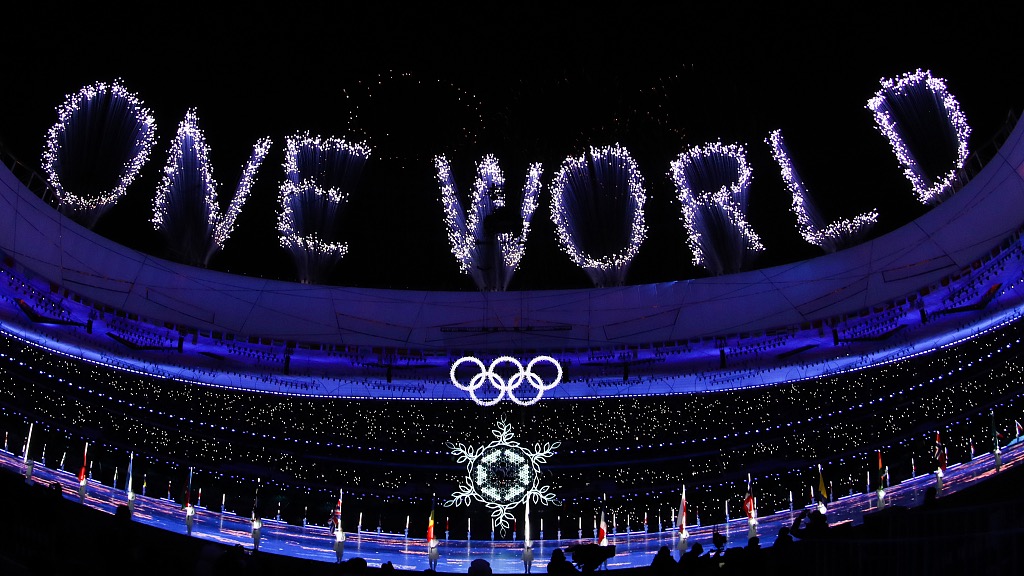 Fireworks light up the sky over China's National Stadium during the closing ceremony of the Beijing Winter Olympic Games, February 20, 2022. (Photo: CFP)

It's been over a decade since her last table tennis game, yet Zhang Yining still exudes an unrivaled charisma in the eyes of paddlers and fans.

The four-time Olympic winner, who earned 19 world titles during her trophy-laden career, is a paragon of sporting success. So overpowering was her dominance on the world stage that she won the gold medal in every major tournament.

No wonder when Zhang, who keeps a low profile and has rarely given interviews since her retirement in 2011, emerged from the shadows and strutted her stuff effortlessly, global audiences held their breath and stared in amazement. 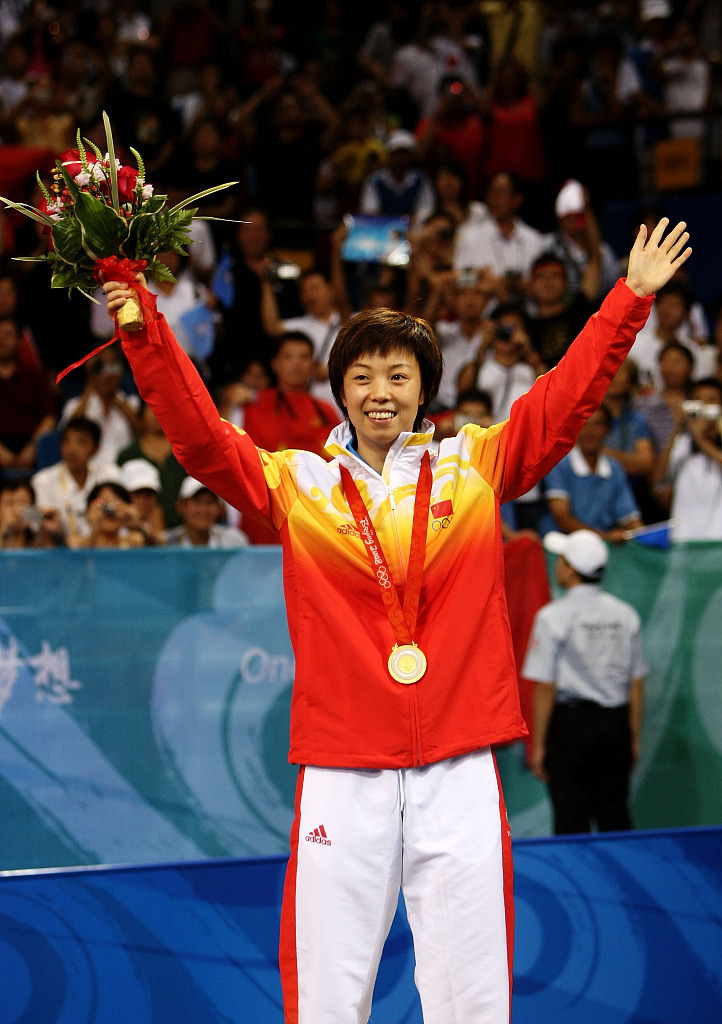 Zhang Yining acknowledges the home fans after receiving the gold medal for the women's singles in table tennis at the Beijing Olympic Games at the Peking University Gymnasium in Beijing, China, August 22, 2008. (Photo: CFP)

In a video uploaded on social media, the 41-year-old legend casually picked up the remote control of an air conditioner and started flicking a ping pong ball with it instead of a racket. Despite being away from the game for many years, the superb technical skills and coordination that she put on display still defy description.

Zhang's impressive stunt was part of the Chinese Olympic Committee's (COC) activities for Olympic Day, observed on June 23 each year to celebrate the Olympic values of excellence, friendship and respect. The day aims to unite the sporting world, regardless of age, gender or athletic ability, and provides a moment for everyone to get active in their daily routines. 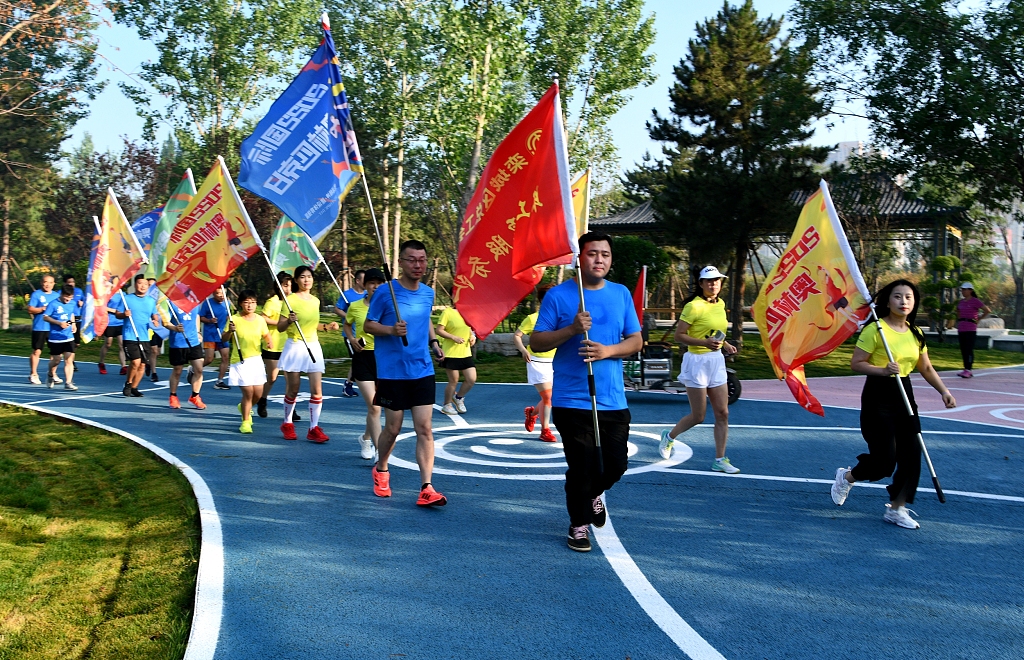 China has been celebrating the Day since 1987. This year, as the world continues seeking inclusiveness and common ground against the backdrop of the coronavirus pandemic, the COC highlighted how sport can assist global communities to foster cohesion and tolerance through the theme of "Join Hands to Create a Better World." 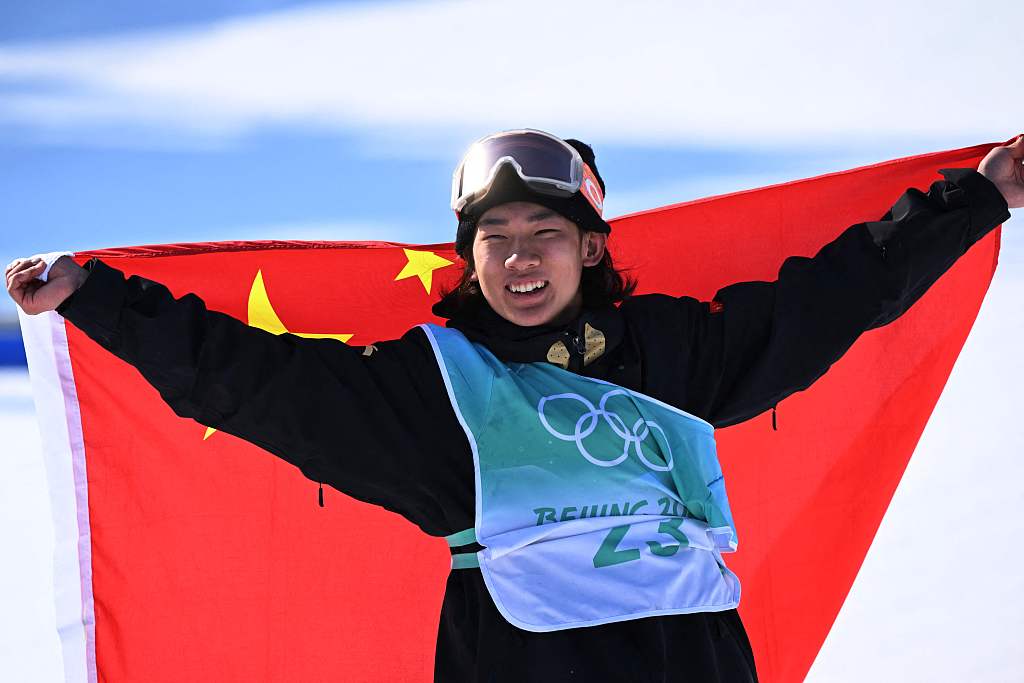 Olympic and world champions are invited to share highlights from their involvement in Olympic Day events on multiple platforms.

Following in Zhang's footsteps, China's snowboard prodigy Su Yiming was caught on camera showing off his incredible strength and flexibility with a sensational backflip. The 19-year-old wunderkind, who just became an Olympic gold medalist and a national hero in February, then nominated everybody to get in on the act, hollering "Now, it's your turn." 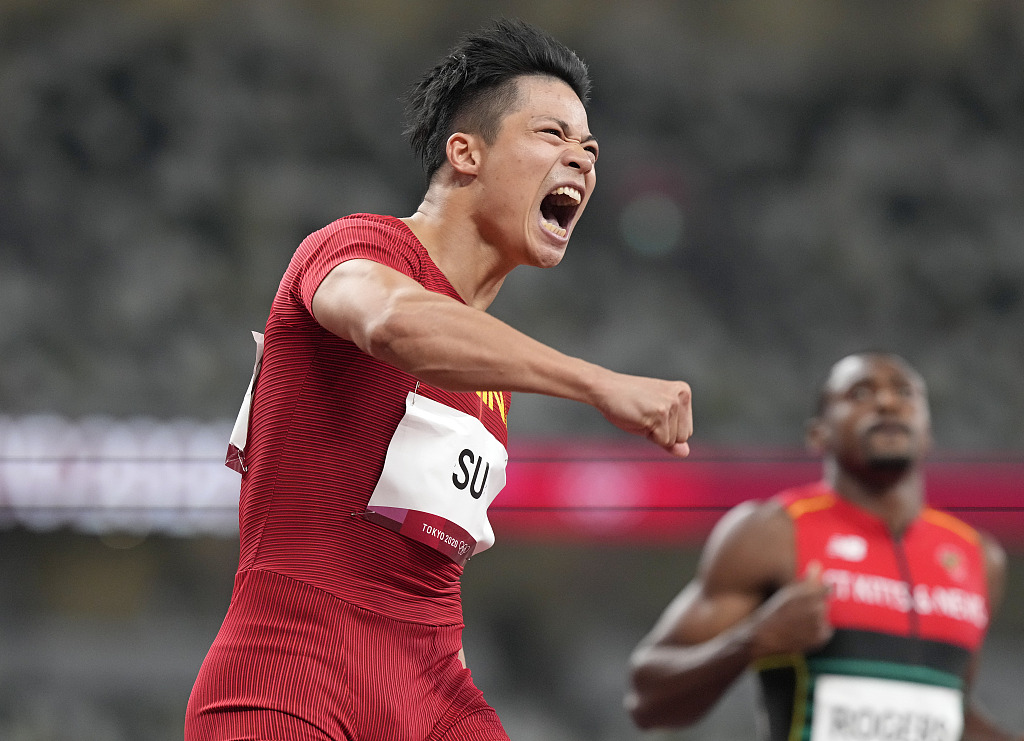 Sprint star Su Bingtian heeded the call as well. The Chinese veteran, who made history at Tokyo 2020 when he became the first Asian athlete to reach the Olympic 100 meters final for 89 years, performed 10 seconds of high knees at a blistering pace. Even at 32 years of age, he shows little sign of slowing down.

Short track speed skater Wu Dajing demonstrated some simple ways to keep active if cooped up at home. The PyeongChang and Beijing Winter Olympic gold medalist did a series of half squats, spotlighting the fact that exercising just a few minutes a day can still make a huge difference. 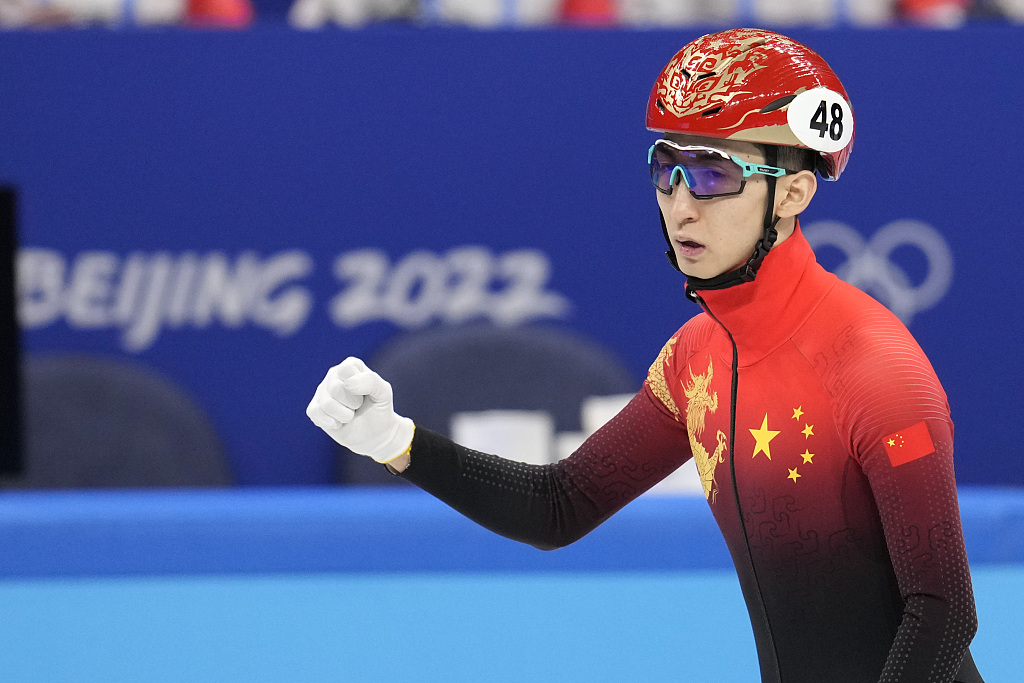 Apart from Olympic challenges, online workouts and live chats, the COC organized a wide range of sports, cultural and educational activities nationwide and pledged to put sports equipment in the hands of residents of rural backwaters to give everyone a chance to keep active.