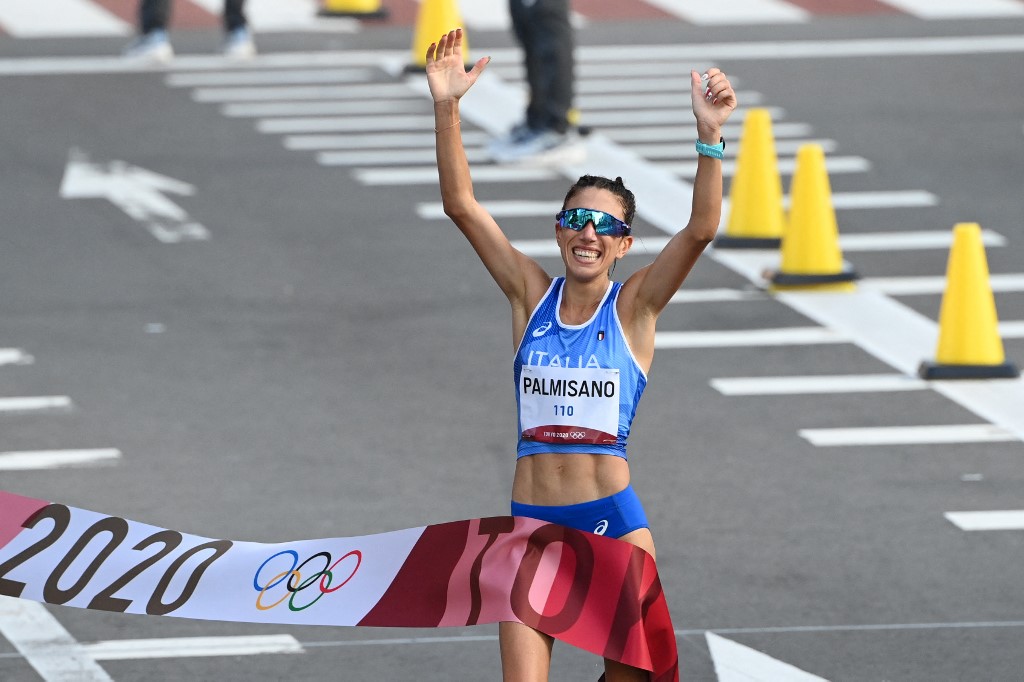 Italy's Antonella Palmisano celebrates after crossing the finish line to win the women's 20km race walk final during the Tokyo 2020 Olympic Games at the Sapporo Odori Park in Sapporo on August 6, 2021. (Photo: AFP)

The 29-year-old was in a competition of her own in the closing kilometers, clocking one hour 29 minutes and 12 seconds for the gold.

Sandra Lorena Arenas became the third Colombian woman to achieve an Olympic medal in athletics with a silver, 25 seconds behind Palmisano.

China's defending champion Liu Hong took the bronze in 1:29:37. She becomes the first female race walker to win three Olympic medals, following her gold from Rio 2016 and bronze from London 2012.