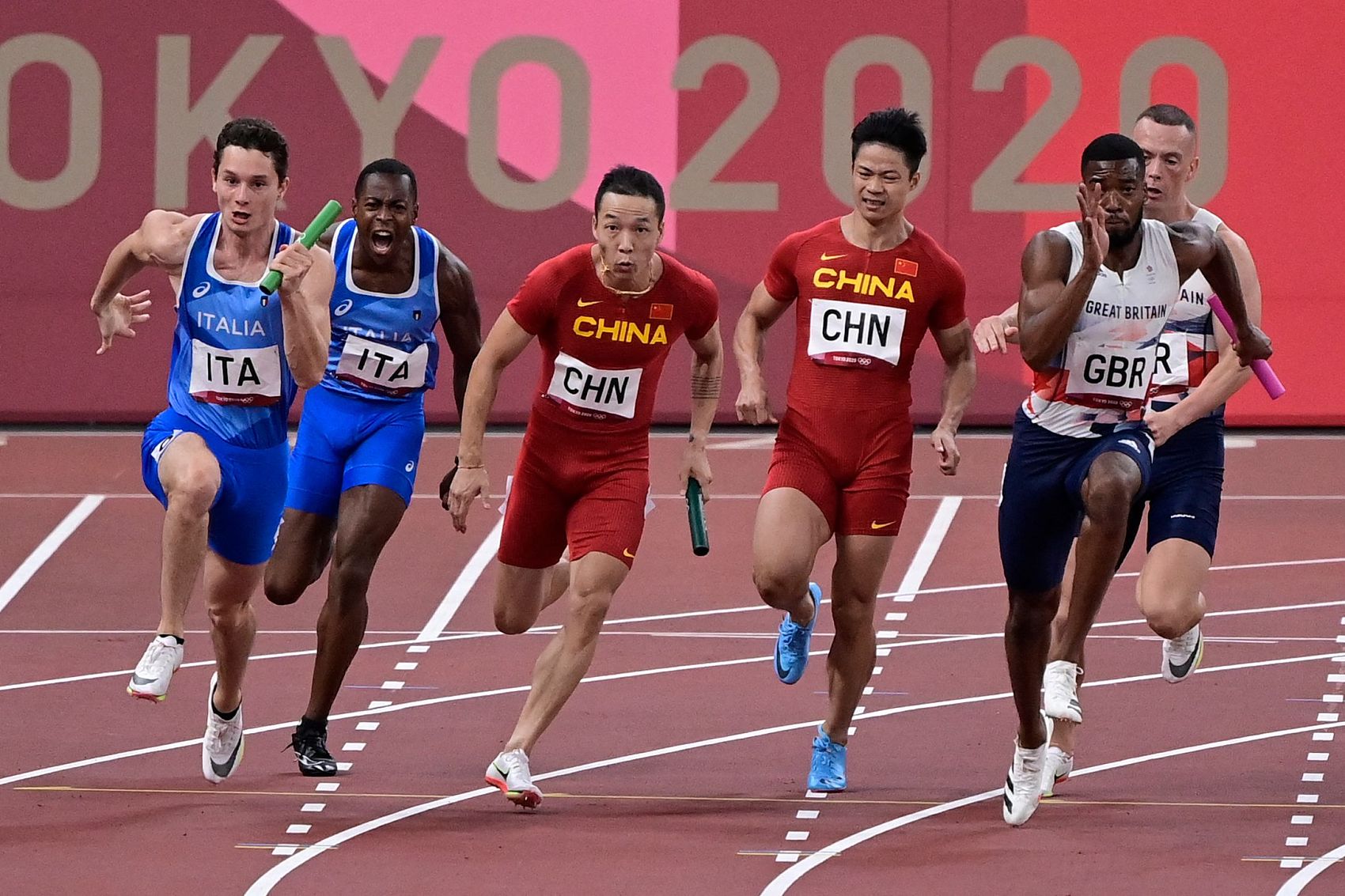 Athletes compete during the men's 4x100m relay final during the Tokyo 2020 Olympic Games at the Olympic Stadium in Tokyo on August 6, 2021. (Photo: AFP)

Italy has surprisingly won the men’s 4x100-meter relay to give Marcell Jacobs his second gold medal of the Tokyo Games.

Jacobs won the men’s 100-meter title last Sunday in the first Olympics in the post-Usain Bolt era and was part of the team that won the sprint relay in a national record 37.50 seconds.

The Italians edged Britain by 0.01 and Canada took bronze in 37.70. It was Italy’s first Olympic medal in the relay since a bronze at the 1948 London Olympics.

China placed fourth ahead of Jamaica.