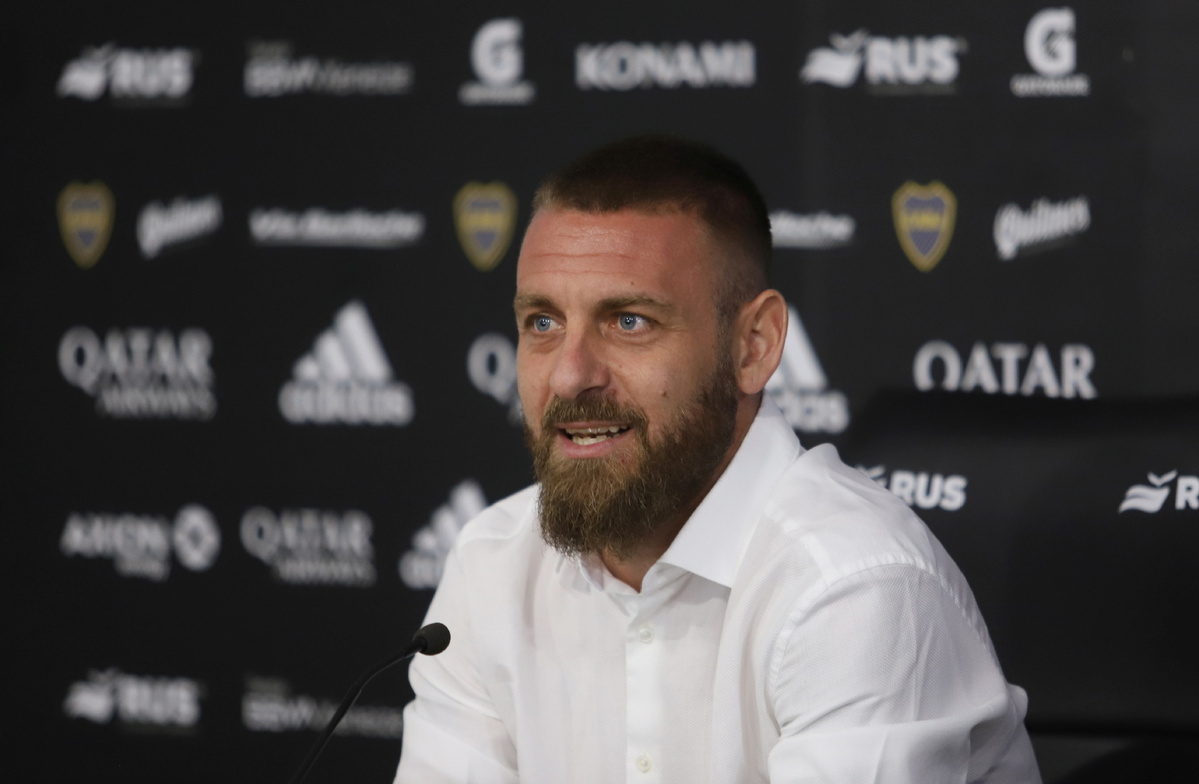 The announcement came just six months after the 36-year-old joined Argentinian giants Boca Juniors, for whom he made just seven appearances and scored one goal.

"I need to go home. I'm leaving Boca and football," De Rossi told a news conference. "I'm leaving a club that has entered my heart, this sport, my passion.

"There isn't any underlying health problem. I just feel the need to be closer to my family, to my daughter. I miss them and they miss me."

De Rossi was released by Roma last May after making his 616th and final appearance for the club in a 2-1 home win over Parma. He later said that he still "feels like a player" and wanted a "new adventure."

He has capped 117 times for Italy and was a part of the Azzurri team that won the 2006 World Cup in Germany.

De Rossi added: "I'm going to continue working in football in Italy, I don't know in what role. Here we're very far away, it's hard to connect with people [back home] on a day to day basis. I'm going to stay in Rome or cities close by."